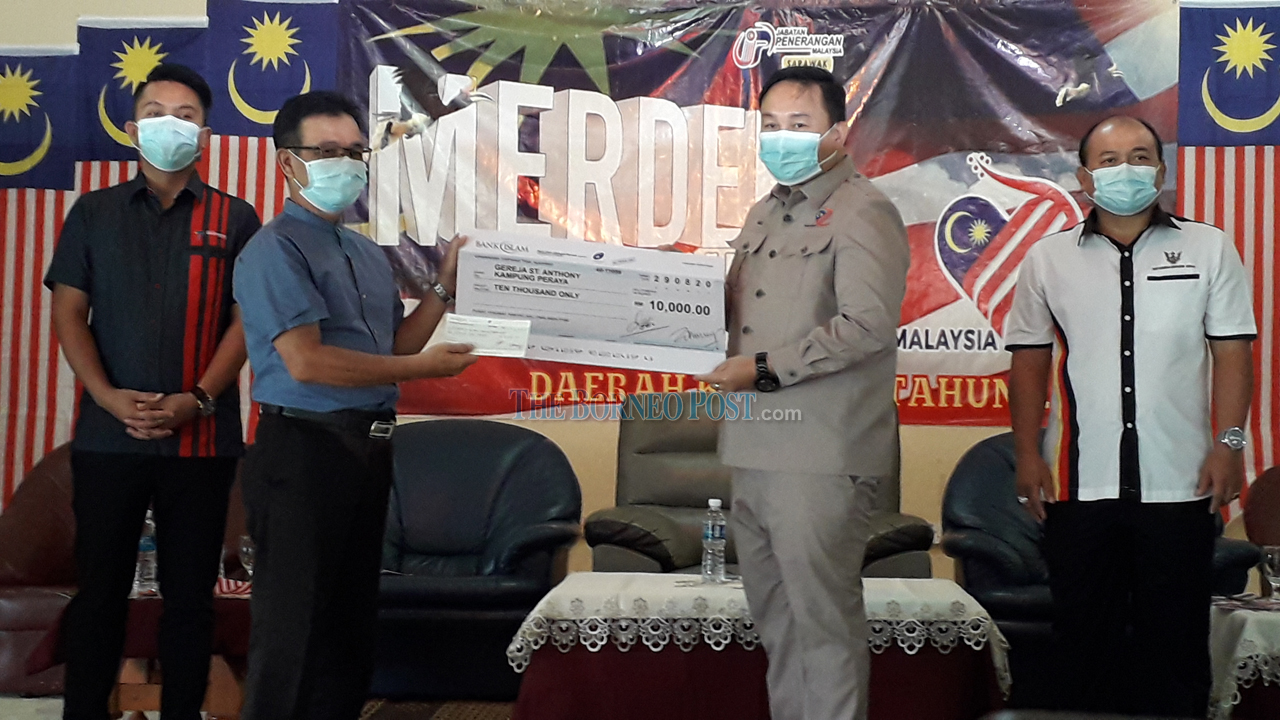 KUCHING: Deputy Minister of Plantation and Commodities Willie Mongin said he will continue to help build farm roads in Puncak Borneo as he believes the infrastructure can boost the economy of the local people.

He pointed out that quite a number of farm roads had been constructed in his constituency over the last two years.

The Puncak Borneo MP believes the construction of farm roads should continue because more people have started to get involved in farm activities again.

“Farm roads are normally built upon the request of the group of farmers in a village. They make their request once they have started to do their farming activities.

“For example, the villagers in Kampung Karu had requested for funds from me to build a farm road to the area called Peroh Rembang, where villagers had already started planting rubber on land covering about 200 hectares.

“The road has been done,” he told reporters after the launch of the Kuching District [email protected] 2020 programme at Kampung Praya, Padawan yesterday.

Willie said he had also recently approved allocation for a farm road at Kampung Jambu.

He said aside from that, the federal government had also funded a farm road at Kampung Stabut in Padawan through the state Department of Agriculture, where the people have already started planting rubber as well; and other Pinyewa villages, which have started to plant durians and other cash crops.

He noted that construction of farm roads is a work in progress as the federal and state governments wanted to continue bringing development to the people.

“When we construct the farm road, the people can do integrated farming, planting fast crops between the rubber terraces and other commodities,” he said.

Willie said the construction of farm roads is either funded with his outright grant allocation, where the people can do it throughout gotong royong, or with allocation from Project Mesra Rakyat.

He pointed out that farm roads could also be constructed with funds from other relevant agencies and ministries.

He said farmers who are involved in cluster farming and forest plantation can apply for the farm road projects.

Aside from farm roads, Willie said he had also secured quite a number of projects for Puncak Borneo from Rural Development Ministry (KPLB), Housing and Local Government Ministry (KPKT) and other ministries.

He said the total amount that he had secured this year is in the region of RM2 million to RM3 million.

On the RM3 million allocation that he had secured for street lighting along Jalan Puncak Borneo last year, he said RM200,000 had been disbursed for implementation.

He said the balance of RM2.8 million would be disbursed after the Sarawak Energy Berhad (SEB) had given bill of quantity (BQ) to Padawan Municipal Council (PMC).

“Once PMC had got the BQ from SEB, the council can have the costing prior to the implementation of the street lighting.”

At the function, Willie gave away a total of RM50,000 in outright grants — RM20,000 for the village security and development committee of Kpg Praya, RM20,000 for Penyewa Association and RM10,000 for St Anthony’s Church, Kampung Praya.