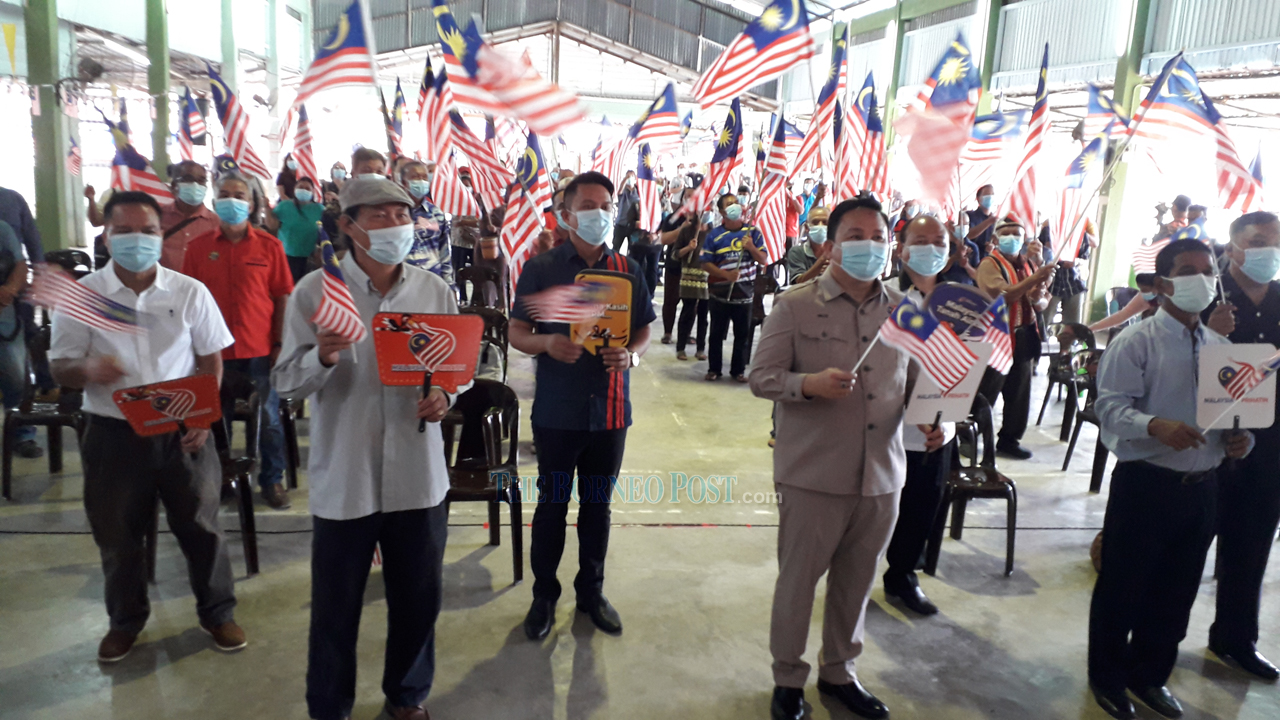 Willie (front, second right) leads others  in waving the Jalur Gemilang at the event.

The Plantation and Commodities Deputy Minister said following his election as a member of parliament, he had met with the Malaysian Communications and Multimedia Commission (MCMC) to request for 20 towers to be built in his constituency.

“Eight towers are already fully operational and 12 more are still under construction. Two months ago, I met with MCMC Sarawak and applied for 10 additional towers to be constructed in Puncak Borneo.

“Aside from that, through the collaboration between the state and federal governments, 19 new sites have been identified by Sarawak Multimedia Authority for tower construction in Puncak Borneo,” he told reporters after launching the Kuching District [email protected] 2020 programme at Kampung Praya, Padawan yesterday.

Willie believed that with the availability of existing and additional towers – 30 requested by his service centre and 19 by the state government – folks in Puncak Borneo can definitely expect better telecommunication and network coverage.

In addition, he said satellite-based internet facilities have also been set up at Kampung Karu, Borneo Highlands Resort, Kampung Bratan and Kampung Simuti, all of which are fully functional.

“This system is not to take over the function of telecommunication but to complement it, where they provide internet broadband facility for remote areas that do not have network coverage,” he said.

Meanwhile, Willie said the issue of intrusion at telecommunication towers, which is quite widespread in Puncak Borneo, has been brought to the attention of the police who will conduct regular patrols of known ‘black’ areas.

He lamented that the most rampantly intruded and vandalised tower was the one located between Bengoh Resettlement Scheme (BRS) and Dahan Estate along the Semadang-Skio road.

He said replacement and repair works have been carried out nine times, with the worst incident occurring about three weeks ago when thieves stole the generator and also attempted to remove the iron posts.

“We are working closely with the police and villagers and we will have a dialogue with the local residents this Thursday because this thing did not happen only at BRS but also in other areas, where they stole the backup batteries and so on,” he said.