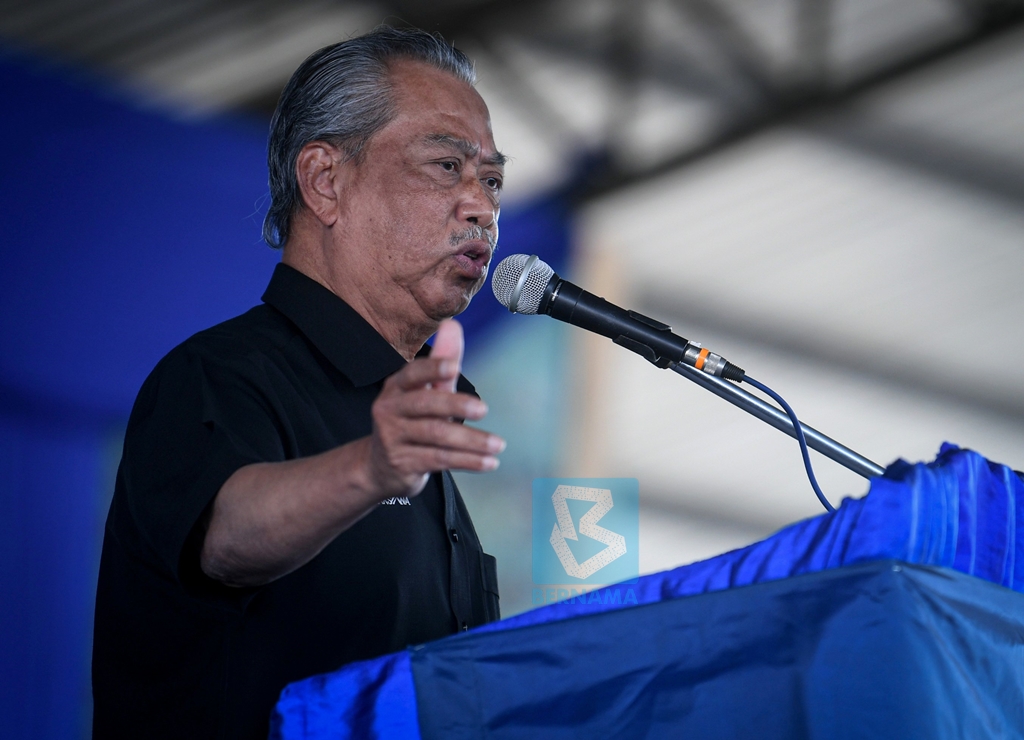 Muhyiddin gestures while delivering a speech during a meet-and-greet session at Padang Pekan Kota Marudu on Sept 18. – Bernama file photo

KOTA KINABALU (Sept 27): The victory of the Gabungan Rakyat Sabah (GRS) coalition reflects the confidence of Sabahans in the candidates who won in their contested seats, said Prime Minister Tan Sri Muhyiddin Yassin.

Muhyiddin said this in a livestream after the Election Commission (EC) announced that GRS, comprising of Perikatan Nasional, Barisan Nasional and Parti Bersatu Sabah (PBS), had the majority of 38 out of 73 seats to form the new state government.

He congratulated the winning candidates and expressed his hope that they would go on to shoulder their duties well.

“It is time to begin the work as an elected representative with integrity, responsibility and dedication. We will deliver what we promised in our ‘Aku Janji’ manifesto.

“Thank you to the voters in Sabah for voting for the parties under Gabungan Rakyat Sabah. We apppreciate your support and we promise to deliver as best as we can,” Muhyiddin said.

He further promised that the new GRS state government would receive the full support and commitment from the Perikatan Nasional federal government.

Hence, PN, BN and PBS, which are allied under Gabungan Rakyat Sabah (GRS), won 38 seats against Warisan — allied with PKR and Upko — that won 32.

The simple majority was made possible with the 37 seats won so far by candidates from its component parties, namely Perikatan Nasional (17 seats), Barisan Nasional (14) and Parti Bersatu Sabah (six).

EC chairman Datuk Abdul Ghani Salleh in a brief press conference here tonight said that the official results for 65 out of the 73 seats contested had been known as at 11.30 pm.