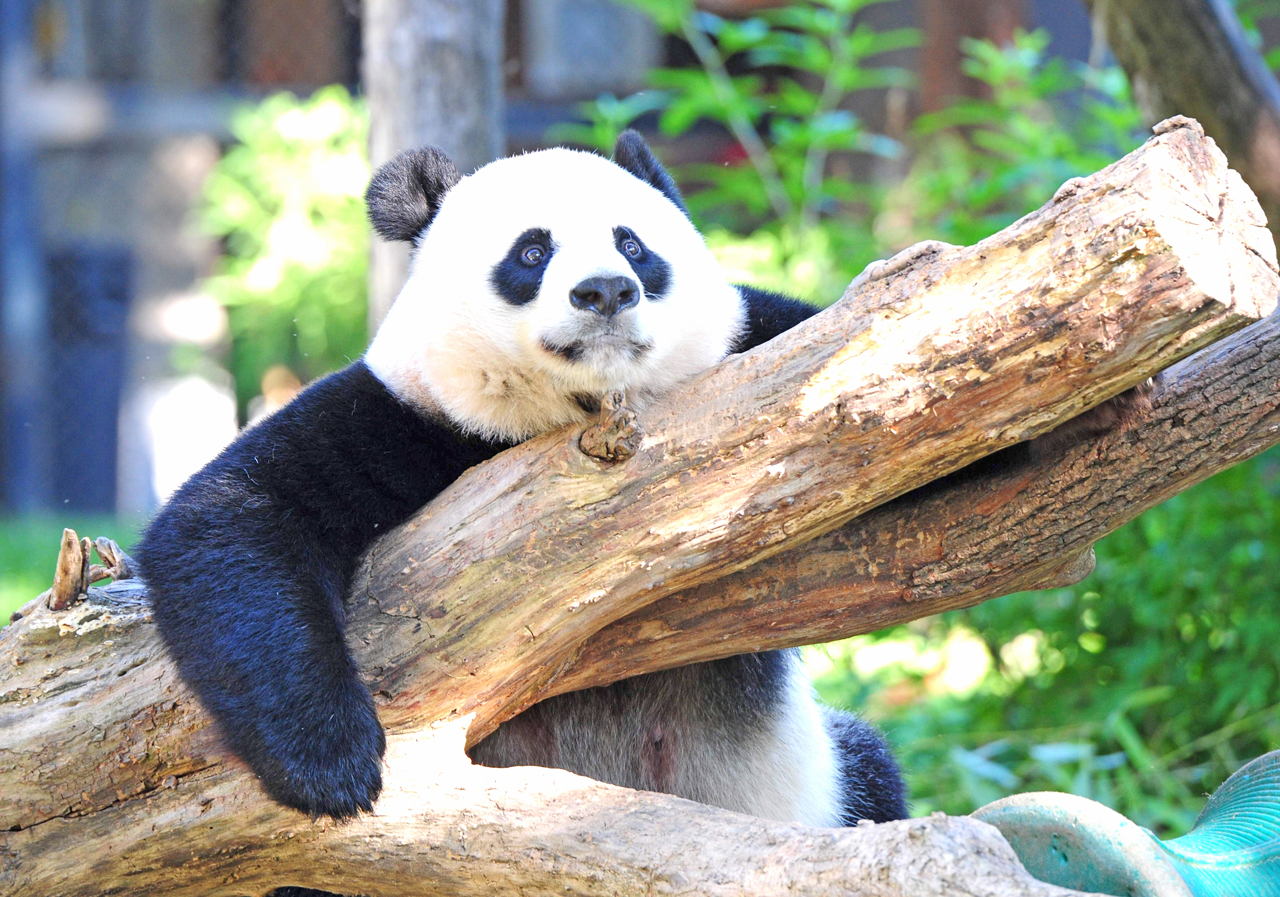 Mei Xiang rests in her enclosure at the National Zoo in Washington, DC. — AFP file photo

The new mother was exhibiting typical panda mom behavior like “nursing her cub and cuddling it close,” the Smithsonian’s National Zoo said on Twitter.

“We’re overjoyed to share that Mei Xiang gave birth at 6.35pm and is caring for her newborn attentively,” it said, adding that mom and cub “appear to be doing well.”

Fans of the panda were able to follow her labour live thanks to a “panda cam” accessible on the zoo’s website 24 hours a day – although high interest caused the feature to crash at some points.

Mei Xiang, who is 22 years old, was artificially inseminated on March 22 with the frozen semen of Tian Tian, another resident giant panda who will turn 23 later this month, according to the zoo.

The three were returned to China on their fourth birthdays under a partnership contract in which China owns the pandas.

Mei Xiang and Tian Tian themselves will be returned to China next December.

Under the US-China agreement, the National Zoo pays US$500,000 per year towards panda conservation efforts in China.

Fewer than 2,000 giant pandas still live in their natural habitat in China, while some 600 more live in zoos and breeding centers around the world, according to the Washington zoo.

Genetically similar to the bear, pandas feed exclusively on bamboo. They weigh in at approximately 220 pounds (100 kg) and measure up to six feet (1.8 metres) long. — AFP