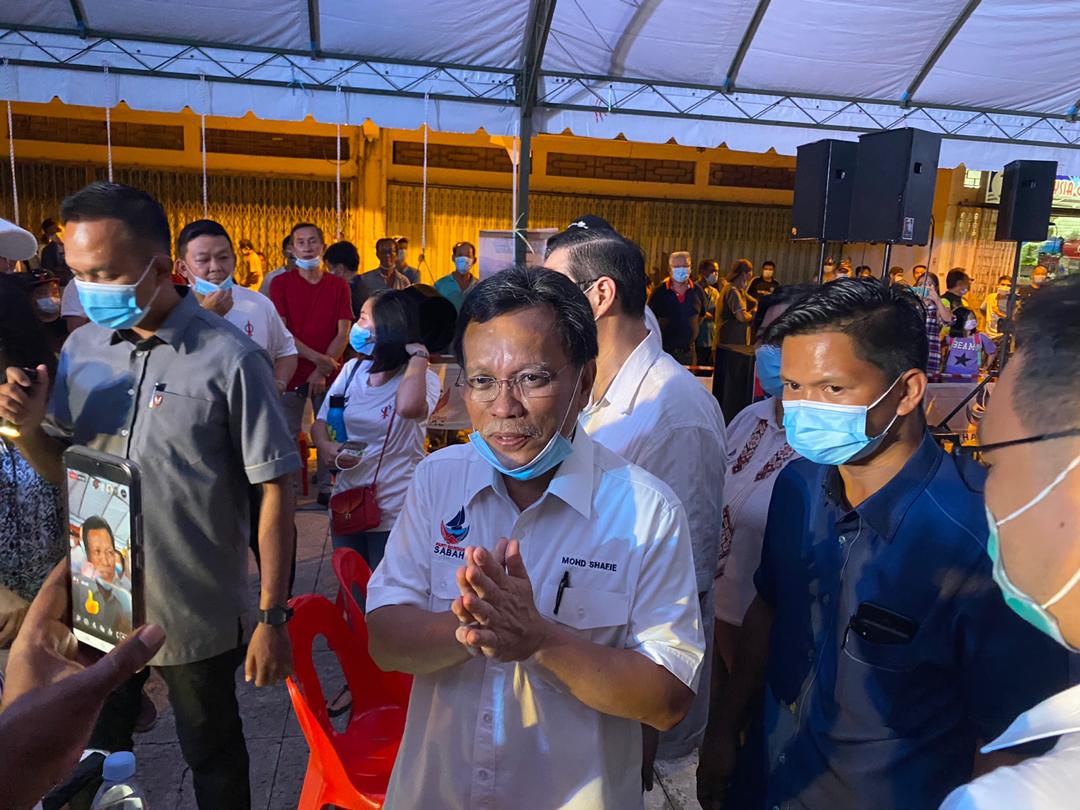 Shafie (centre) mingles with Warisan Plus supporters during a ceramah in Kepayan, yesterday.

He said Warisan Plus has its eyes fixed on winning the upcoming state election and not on the probable general election, Shafie said.

“You think you can buy them just because we (Sabah) want an election. We don’t bother whether there is an election there or not. We want to win this election,” he said after the Kepayan Perdana Talk in Kepayan Square here yesterday.

Shafie, who is the president of Parti Warisan Sabah (Warisan), said the Warisan Plus coalition was gunning for a two-thirds majority win to prevent political frogging.

“We do not just want to win a simple majority in this election.

“We want two-thirds majority so the people (assemblymen) will not jump here and there,” he said when asked to comment on Prime Minister Tan Sri Muhyiddin Yassin’s statement that the outcome of the Sabah polls would determine when the next general elections would be called.

On another note, Shafie said Lahad Datu was placed under administrative lockdown, not a total lockdown, in order to manage the Covid-19 cases.

He said the people in Lahad Datu could still vote in the state election.

He said the administrative lockdown was only imposed on certain places in Tawau and Lahad Datu, adding that the decision was made by the State Government after discussion with the National Security Council, Ministry of Health, police and other relevant authorities.