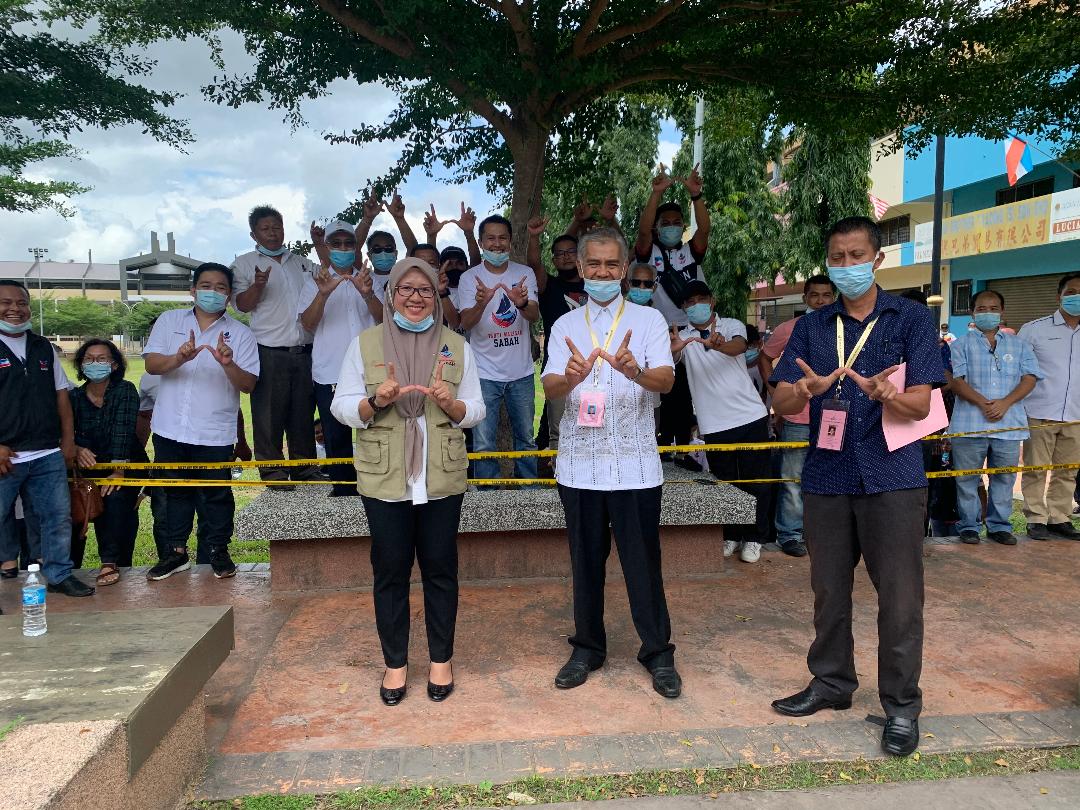 KOTA BELUD: The Warisan Plus election machinery in Usukan are ready to face the election, hoping for old supporters from opponent parties especially Umno and Bersatu to vote the Warisan-led coalition.

Warisan candidate for Usukan, Abdul Bakhrin Mohd Yusof said the party’s members in the constituency have been actively involved in community works since GE14 under the Kota Belud Parliamentary office, and have been gaining momentum for the past two years.

“Our members in Usukan are strong, and they understand the struggle of the Warisan Plus coalition in bringing back our pride as Sabahans.

“I have a good feeling about the three-cornered fight because Warisan will be working closely with its component parties, namely Upko, PKR, DAP and Amanah to take back the Usukan seat after the political drama a few months ago.

“With the incumbent assemblyman’s name absent from the candidate list, we can see there is some dissatisfaction among our opponents because of the seat distributions and it will affect their performance for the people.

“Some of their election machinery members have been working with us in the grassroots and from the feedbacks we receive, they are happy with Warisan’s performance although we are not holding the power,” he said.

Meanwhile, Upko’s Datuk Ewon Benedick who will be contesting in Kadamaian seat said he is looking forward to a clean campaigning period for the next two weeks. 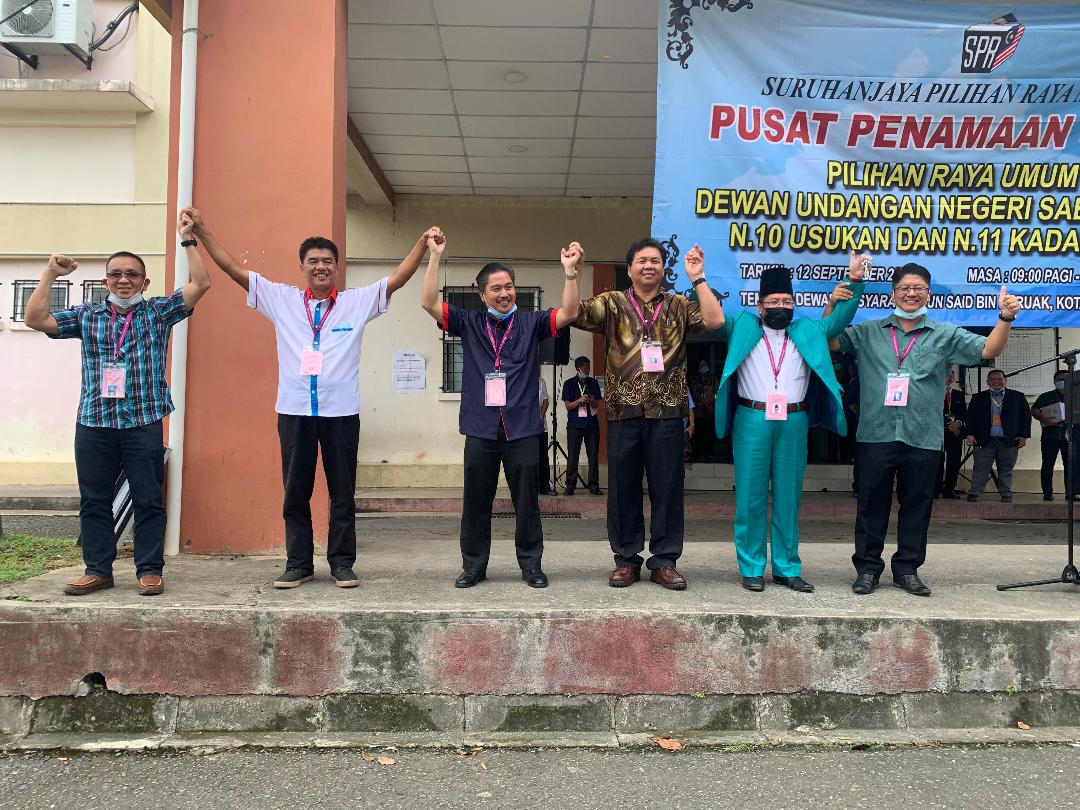 Warisan Plus candidate Ewon (right) hopes for a healthy campaign in the six-cornered fight in Kadamaian.

He is looking at the six-cornered fight in Kadamaian as a positive democracy process in Malaysia, and he is happy with the development of many candidates showing their interest to serve and lead Kadamaian.

“I welcome clean competition in Kadamaian, and all of the candidates are my friends, I know them.

“Since this is an election, I believe the people of Kadamaian will choose the best among the best candidates for this election. I am looking forward to a clean campaign from today until the midnight of  September 25,” he said after the formal announcement of Kadamaian state seat at Dewan Masyarakat Kota Belud here, yesterday.

Meanwhile, Datuk Seri Salleh Said who was chosen by BN to contest in Usukan under Umno’s ticket, thanked chairman Datuk Seri Dr Ahmad Zahid Hamidi for trusting him to stand there. 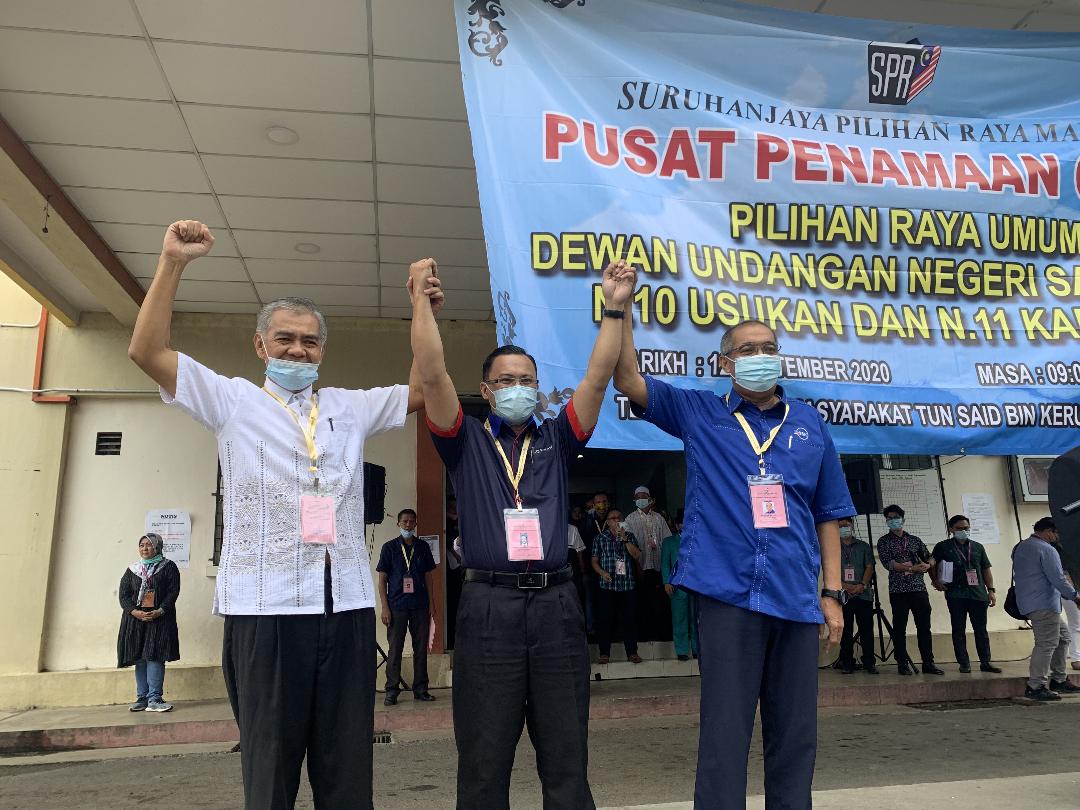 BN candidate Salleh (right) with the other candidates for Usukan.

“I am confident, with cooperation from all, BN will win Usukan because it has been our ‘traditional’ seat.

“We will be campaigning with maturity, explaining the importance of winning the state election so that we will have full cooperation with the federal government to develop Sabah.

“We need to win this election so that Sabah will be developed fairly,” he concluded.