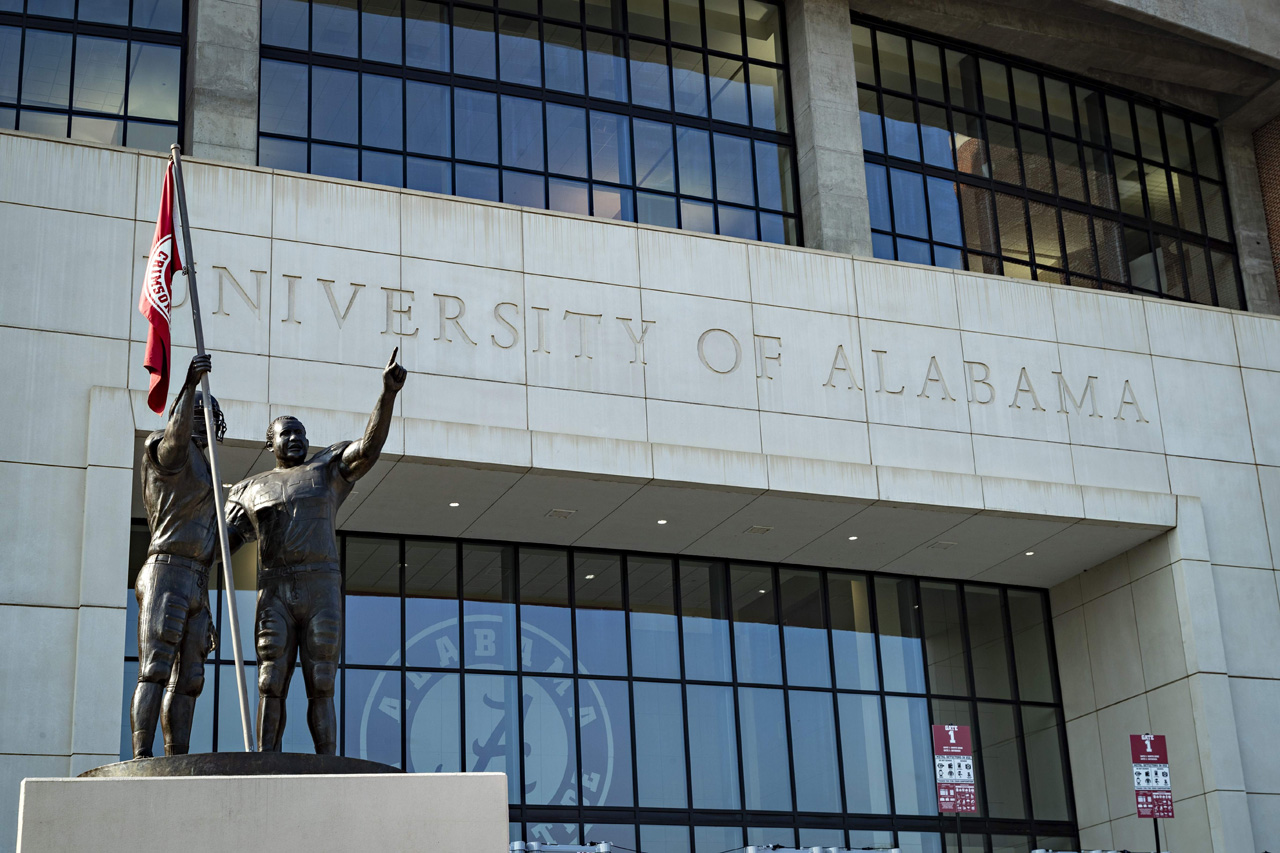 In this file photo a statue is seen outside of Bryant-Denny Stadium on the campus of the University of Alabama. — AFP photo

WASHINGTON: The University of Alabama, seen as a test case for returning to in-person learning amid the pandemic, has reported close to a thousand positive coronavirus cases since reopening.

The school has published a Covid-19 dashboard which shows a total of 566 positives since last Wednesday when term started, in addition to 400 people who tested positive when arriving.

Local news site AL.com quoted university president Stuart Bell saying the problem did not stem from student behaviour on campus but probably came from the community.

The city of Tuscaloosa, which is home to the university’s main campus, announced Monday it would close bars and bar service at restaurants for the next two weeks.

The college has about 45,000 students across its Tuscaloosa, Birmingham and Huntsville campuses making it a key test case for returning to in-person classes.

According to the Chronicle of Higher Education, which is tracking 3,000 institutions, 20 per cent have plans for primarily in-person classes, 27 per cent say they will go primarily online, 15 per cent are opting for a hybrid and 24 per cent haven’t announced plans.

Bell said the University of Alabama was continuing to take steps to stem the spread but wouldn’t say what it would take to move to online learning. — AFP