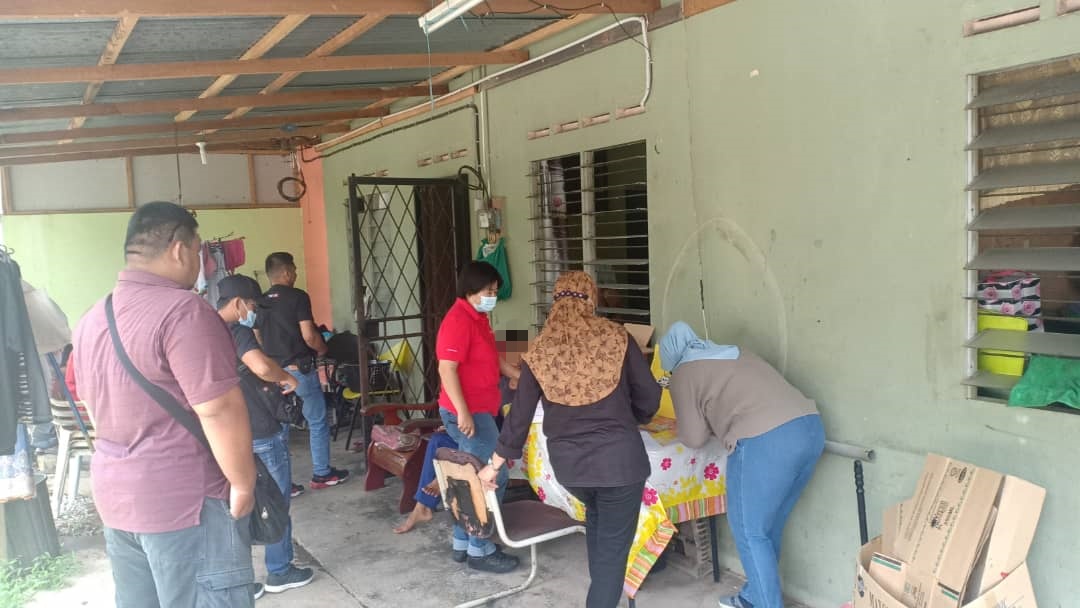 AADK staff members alongside the individuals during the operation yesterday.

KUCHING: Two men were arrested for suspected drug abuse during an operation carried out by the National Anti-Drug Agency (AADK) yesterday.

AADK Sarawak director Wan Madihi Wan Salleh said the operation began from 11.30am to 11pm and was conducted at high risk areas here.

The first arrest occurred at 11.30am involved a 21-year-old male in Kampung Semerah Padi who was found positive for Methamphetamine after urine test was conducted.

“At 12.30pm in Kampung Tabuan Melayu, a 41-year-old male was found positive for Methamphetamine after urine test was conducted,” he said in a statement today.

Meanwhile, Wan Madihi revealed that an inspection conducted at a house in Lorong Cahaya Damai, Bandar Baru Samariang around 11.50am found that the suspect was not at home.

In Kampung Stum Muda, Lundu, he revealed that an individual suspected of being involved in drugs managed to escape into the forest and hid as soon as the team reached the house’s yard.

Another surveillance conducted at the house around 3pm proved futile as the suspect was yet to be found.

He said the operation continued at 8.15pm and all the teams involved were mobilised for the Omnipresence programme in Tabuan Melayu area – in which he deemed the situation there was in good condition.

He added the team was then mobilised for Omnipresence in Kampung Haji Baki, where he said all was well.

At 9.30pm, he said the team was detecting a complaint in Kampung Temenggong, Telaga Air but the complainant cannot be reached and the suspect was not detected.

“For the Omnipresence in Matang area, it was quiet at the hot locations there and there were no suspects hanging out. The situation was good and under control,” he said.

The operation ended at around 11.05pm