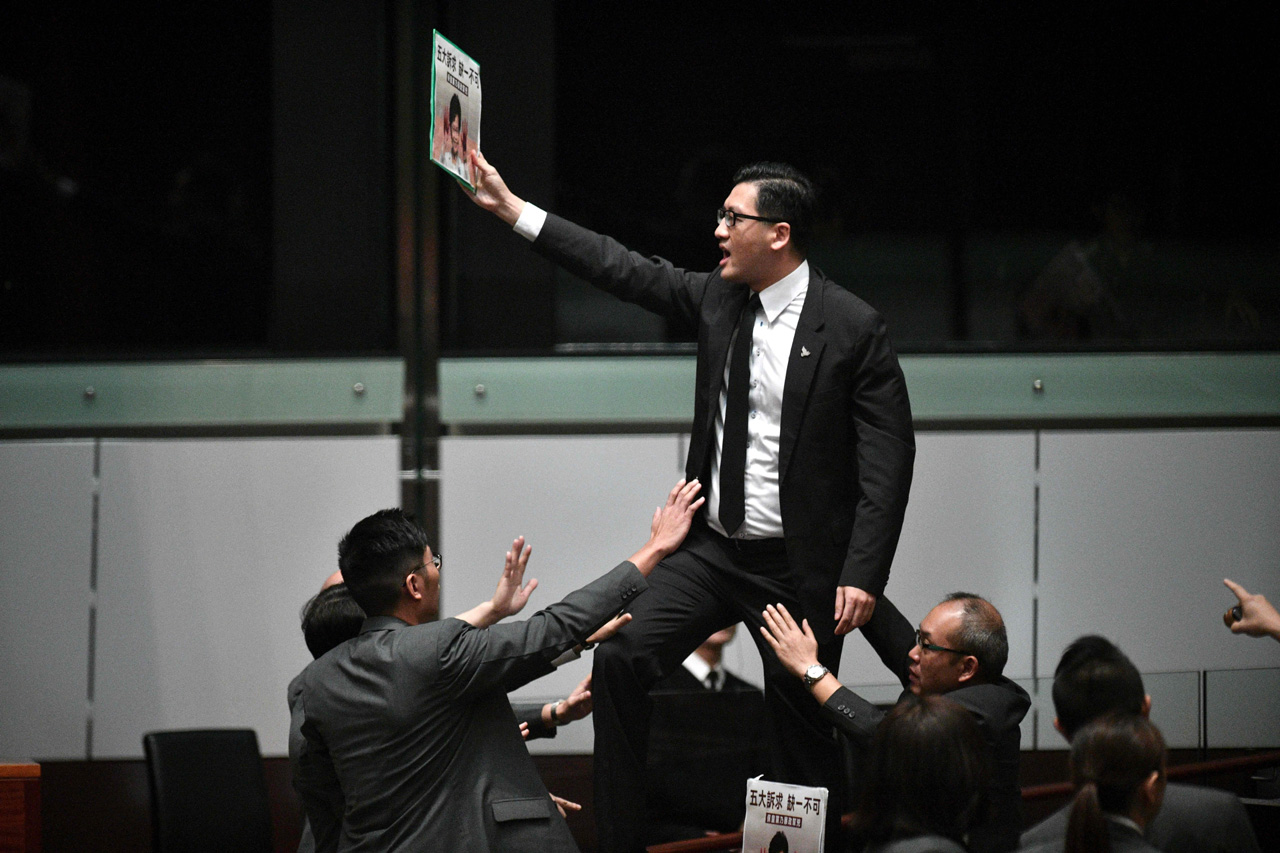 File photo shows Lam Cheuk-ting (centre) stands up and protests shortly before Carrie Lam (not pictured) leaves the chamber for the second time while trying to present her annual policy address at the Legislative Council (Legco) in Hong Kong. — AFP photo 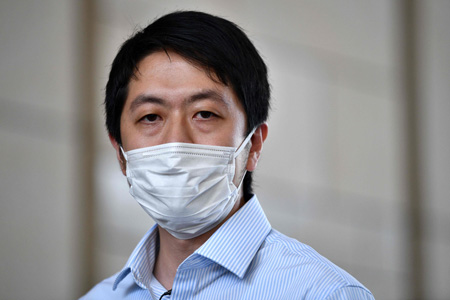 Lam Cheuk-ting and Ted Hui were detained after early-morning raids on their homes, according to their political party and the police.

Opposition figures decried the arrests, which add to a mounting toll of prosecutions targeting Beijing’s critics in the restless financial hub.

“This is out-and-out political persecution,” James To, a veteran lawyer and member of the Democratic Party, told reporters after the arrests.

A police source told AFP that 16 people — including Lam and Hui — were arrested during yesterday’s operation, which focused on protests in July last year.

Both are minority pro-democracy lawmakers in the city’s partially elected legislature and vocal critics of both Beijing and the Hong Kong government.

A post on Lam’s Facebook page said he was arrested ‘on suspicion of participating in rioting on July 21’ last year.

That day, Lam and dozens of pro-democracy protesters were beaten by a gang of government supporters, some with ‘triad’ organised crime links, in the town of Yuen Long.

Police were late to arrive on the scene and were also filmed allowing some of the armed attackers to leave — scenes that sent already swirling distrust of the force skyrocketing and helped fuel further months of protests.

Lam was also charged with ‘conspiring to damage property and obstruction of justice outside Tuen Mun police station on July 6 last year’, the statement said.

Hui’s office released video footage of his arrest where officers said they were charging him with attempted obstruction of justice, access to a computer with criminal or dishonest intent and criminal damage.

He was later led from his house in handcuffs. The party said his charges also stemmed from a protest on July 6 last year.

Police said a press conference would be held later in the day.

Beginning in early June 2019, Hong Kong was hit by seven straight months of huge and often violent pro-democracy protests in which more than 9,000 people were arrested.

The popular unrest upended the city’s reputation for stability and sparked a crackdown by China that has gathered pace this year.

Certain political views such as advocating independence or greater autonomy for Hong Kong became illegal overnight and arrests have followed.

In response to the law, many Western nations ended extradition agreements with Hong Kong.

The US has placed sanctions on some Chinese and Hong Kong officials and declared the business hub no longer sufficiently autonomous from the authoritarian mainland.

The democracy protests died down at the start of 2020 thanks to mass arrests and anti-coronavirus restrictions.

But police have since arrested dozens of prominent pro-democracy figures on a slew of charges related to the rallies, with the courts now filled with hearings and trials.

Authorities have denied allegations the investigations are politically motivated.

Wu Chi-wai, chairman of the Democratic Party, said the latest arrests would do little to heal divisions.

“The government is wielding the legal system and the police force to suppress dissenting voices within society and create a chilling effect instead of trying to reconcile confrontation and polarisation,” he said. — AFP