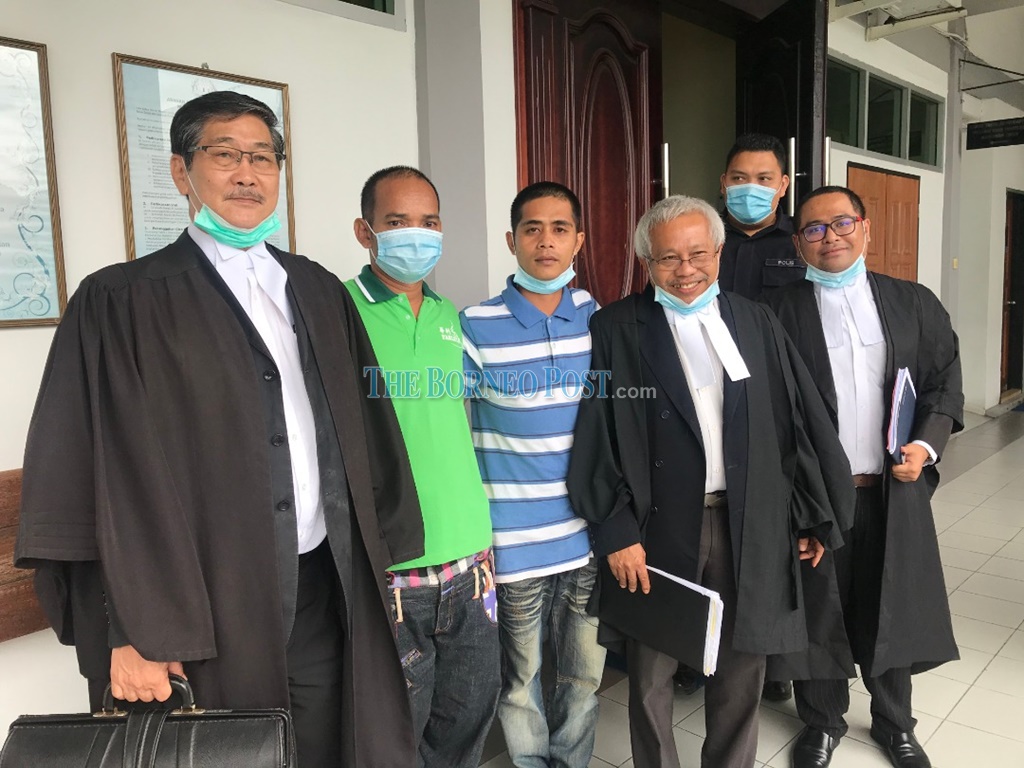 (From left) Wong, Ngumbang, Udi, Rosli, Harold (right) after the court discharged and acquitted the duo. – Picture by Jane Moh

SIBU (Aug 18): Two men, charged with the murder of a 55-year-old man in a chili farm in Sarikei in 2017, have been discharged and acquitted by the High Court here.

Udi Ambo, 31, and Ngumbang Abang, 40, were each charged with Section 302 of the Penal Code, read together with Section 34 of the same Code, which provides for the mandatory death sentence.

In his ruling, Judge Datuk Lee Heng Cheong said he preferred the sworn testimony by both accused that they acted out of self defence and that they had succeeded on the balance of probabilities in proving their defence.

Sixteen prosecution witnesses were called to testify against the accused.