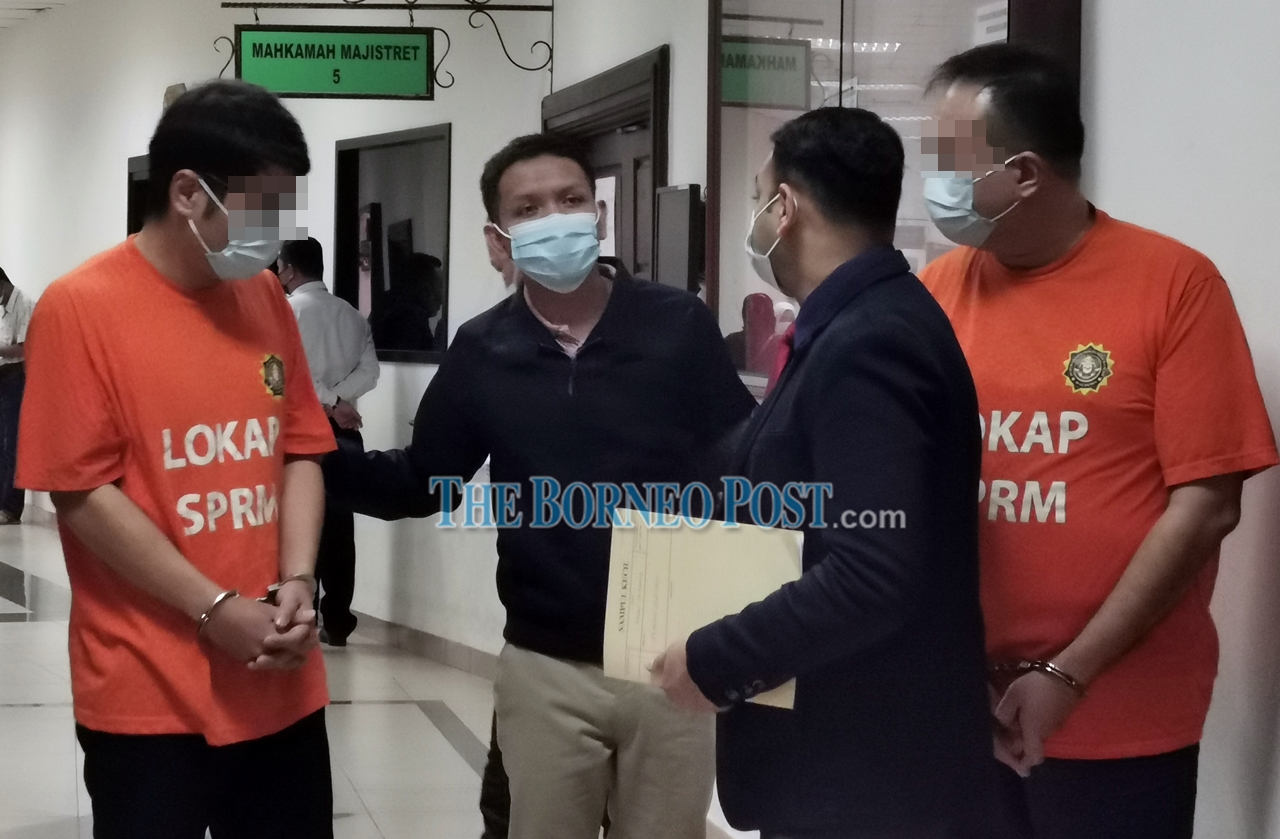 The two company directors are escorted by MACC personnel at the courthouse.

KUCHING: Two company directors have been remanded for two days to facilitate the Malaysian Anti Corruption Commission’s (MACC) investigations into the allegation of submitting false claims involving a road project worth RM800 million in Sarawak.

The men, aged 42 and 44 years old, were arrested during a special operation here yesterday.

It is understood that the men, with the ‘Datuk’ title’, are being investigated under Section 16(b), 17(a) and Section 18 of the MACC Act, 2009, in connection with 10 road upgrading works in Miri, Kapit, Ba Kelalan, Limbang and Belaga.

When met after the remand application proceeding, Tang said the DPP had requested for seven days remand but Magistrate Zubaidah Sarkawi gave the MACC two days to complete their investigations.

The MACC in a statement yesterday said the projects were carried out under the Defence Ministry’s Jiwa Murni programme.

MACC deputy chief commissioner (operations), Datuk Seri Ahmad Khusairi Yahaya, in confirming the arrests, said the investigation into the case was carried out with the cooperation of the Defence Ministry after an internal audit exposed the projects’ failures.

The directors, both aged 44, were partners who owned three companies that were awarded the project, which was awarded by the ministry to the company from 2010 to 2016.

MACC claimed that the roads were not built in accordance with the Public Works Department’s standards.