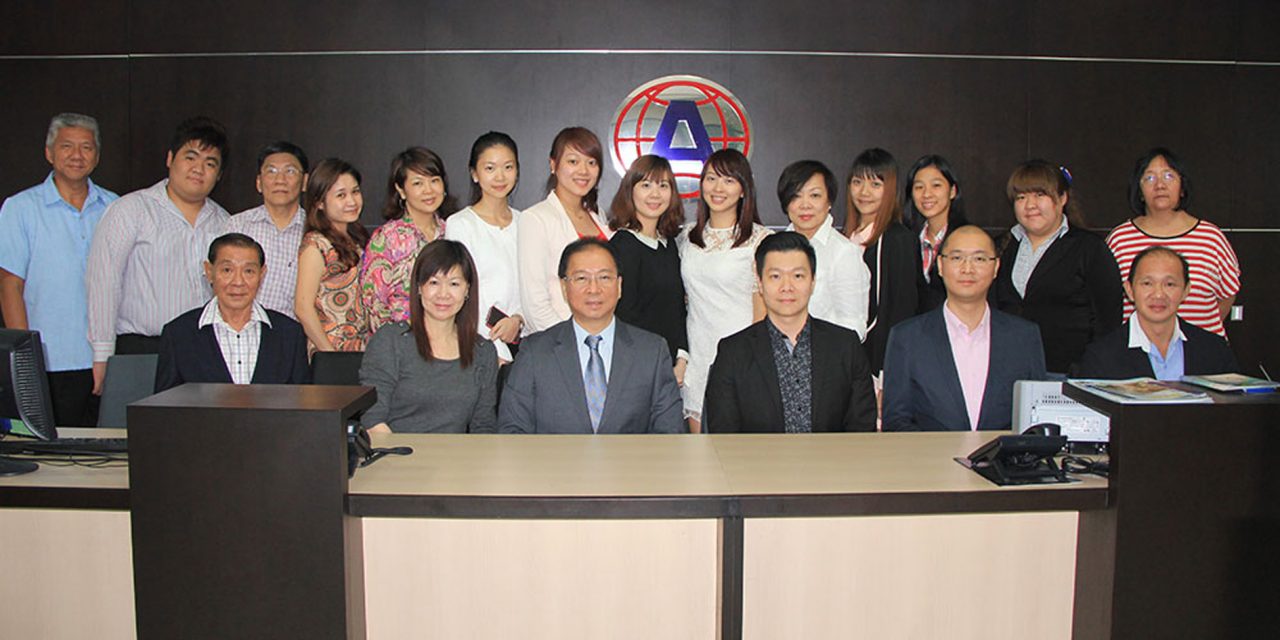 KOTA KINABALU: Tourism operators, who are worst affected by the Covid-19 pandemic, have welcomed the assistance from the Prihatin Economic Stimulus Package (Prihatin) and National Economic Revival Plan (Penjana).

Liaw, who is also Airworld Travel and Tours chairman, said his company had received RM1 million of special financing under the SRF.

“The funds will allow us to retain our employees and pay the expenses,” he said.

The SRF, with special financing up to RM1 million, aims to alleviate cash flow problems faced by small and medium sized enterprises (SMEs) affected by the Covid-19 pandemic.

He said the company might have encountered serious cash flow issues by this month or next month due to the decline in tourism business.

“With the RM1 million received, we will be able to survive until Chinese New Year next year.”

In addition, Liaw said the six-month moratorium on loan repayments starting April 1 had truly eased the burden of SMEs amid the global pandemic.

He hoped that the deferment on loan repayment could be extended for another three to six months.

“This is because the tourism industry may take at least six months to recover after Malaysia opens up our borders to international flights from China, South Korea, Vietnam, and Taiwan.”

On the other hand, he said the extension of income tax relief of RM1,000 for domestic tourism expenses to December 31, 2021 was an effective measure to stimulate the tourism industry.

Although the mechanism is still unclear, he said the measure would benefit people with taxable income, as they could enjoy tax relief when travelling domestically.

“I believe this will help stimulate the tourism industry if a person can enjoy a reduction in his or her income tax payment from, say RM10,000 to RM9,000 with the travel expenses.”

He hoped that the government would release details of the mechanism soon so that travel agencies could incorporate this into their products.

Liaw continued to say that the tourism tax and service tax exemption for accommodation until June 30, 2021 would boost travel when the Covid-19 pandemic has subsided.

In fact, he said a 5-star resort in Kota Kinabalu had reduced its room rate from RM900 per night previously to around RM300 per night.

“The tourism tax, which is fixed at RM10 per room per night, is negligible when the room rate was RM900 per night.

“But it does comprise a more significant percentage when the room rate has been reduced to RM300 per night.”

Even though the current demand for travel is weak, Liaw believed that the tourism tax and service tax exemption would help reduce the prices of tour packages in the long run.

Meanwhile, he said the wage subsidy programme, a measure taken by the government to prevent mass layoffs, would have a positive impact on small companies.

Nevertheless, Liaw hoped that the federal government would continue to provide the wage subsidies consistently for three consecutive months, as many SMEs claimed that they only received subsidy for the first month, including his company.

Employment Retention Programme helps businesses get back on their feet

TAWAU: The Employment Retention Programme (ERP) has given businesses in Sabah the extra boost they need to get back on their feet.

Tawau Physiotherapy Centre is one of the many companies that has benefitted from the ERP.

“We are glad that the government has this kind of fund to help us. We are very grateful,” co-founder Chu Wei Shyong told The Borneo Post. 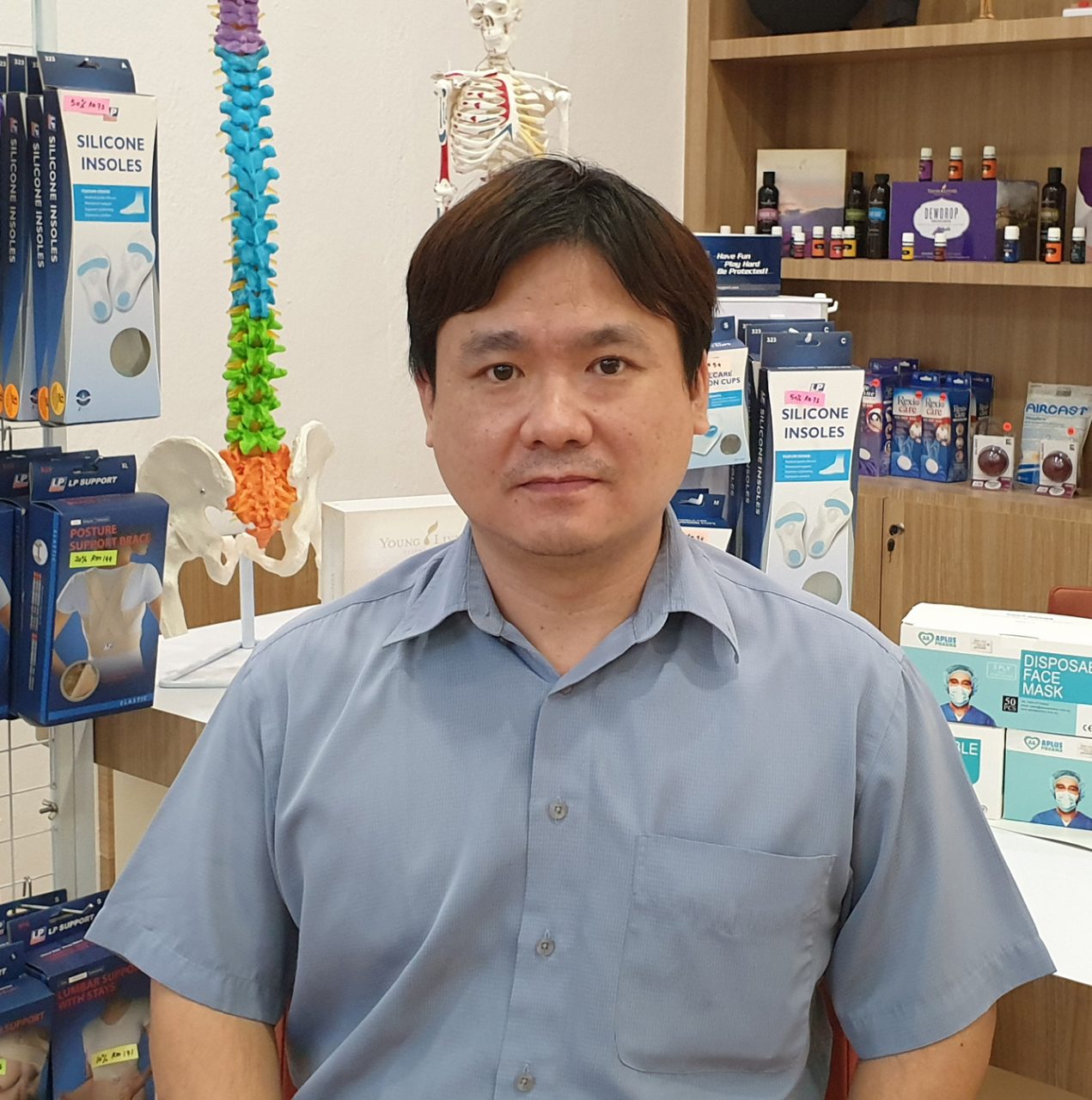 Chu said the company could have carried out its operations as usual during the Movement Control Order (MCO) period since it is listed as among the essential services.

However, Chu decided to temporarily close his business for the safety of his staff and customers.

The temporary closure meant Chu had zero income throughout the MCO period.

“We don’t sell things online. We are not a food business so we can’t do food delivery. So since we are totally closed, we had no income,” he lamented.

Luckily for him, the ERP has helped ease his burden when it comes to paying his staff’s salary.

Chu said he heard about the ERP through the news and then went to the official website for more information.

“We followed the required steps and looked at the documents that they need. It was quite easy to apply.

“If there is anything that we didn’t know, we could just simply ask the Social Security Organisation (Socso) staff for help,” he said.

In this regard, Chu strongly advised the other local businesses in Sabah to make full use of this lifeline that is offered by the federal government.

“You have to take up the offer since the government is so kind in helping you. Also, it is better to apply early since I was made to understand that the fund is limited. Once it finishes, it finishes. So I think it would be a big loss if you don’t apply,” Chu advised.

He said that the ERP assistance is a win-win situation for all parties.

“Through the ERP, we can get to retain our staff. In return, when our staff stay with us, they will be able to continue contributing to Socso,” he opined.

He said the company is slowly reviving the business.

“I’d say that we were affected by 50 per cent. There are customers coming in but there are not that many. I guess it’s because of the current economic situation. You can see that a lot of shops in Tawau have been closed (for good).

“Even though the government has allowed all shops to resume their business, most of the shops here decided to remain closed. Some shops are undergoing renovation while some have started putting up for rent signs,” he said.

Chu also expressed his hope that the government would be able to extend the ERP assistance from three months to six months.

“I would once again like to thank the government,” he added.

Sundry shop operator gets boost from Prihatin and Penjana 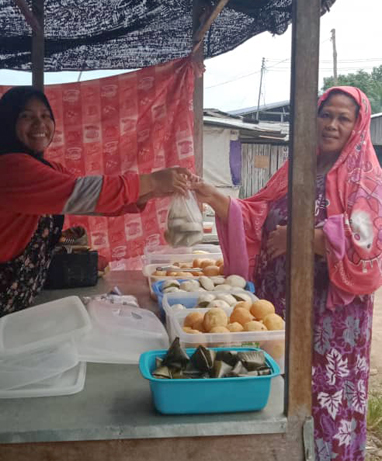 Norshila (left) attends to a customer at her cake stall.

TAWAU: For sundry shop operator Norshila Sidi, 31, the Prihatin and Penjana packages from the government have rekindled drive for business after experiencing loss of income for three months during the Covid-19 pandemic.

She said the government understands the problems faced by small medium sized entrepreneurs (SMEs) by giving facilities including loans without interest through the National Entrepreneur Group Economic Fund (Tekun), which gives SMEs loans and the flexibility to pay the loan over six months.

Norshila, who has received three Tekun National loans, said the economic stimulus packages introduced by the government have made it easier for her to grow her business.

Although the country is facing the Covid-19 pandemic, she said the government had not made it an excuse not to help SMEs, but had instead continued to recognise them as one of the key drivers of the country’s
economy.

Norshila received a loan of RM10,000 in April this year while the country was facing a major economic crisis due to the pandemic.

She said the Prihatin and Penjana package plans were timely to ensure SMEs continued to operate with the provided capital injection as the funds provided are also capable of realising some of the plans to launch other additional business activities.

Already beginning to devise a plan B to diversify her sources of income, she said for example besides retailing with the same capital at her sundry shop now, she also sells different types of cakes for a side income.

Norshila is confident that the packages will produce more successful SME traders in the future as the government has assured all traders and entrepreneurs to stay safe while their business interests remain intact.

She said her ambition of opening a mini market in a strategic area in the future seems closer thanks to the economic stimulus packages offered by the government.

The convenience store that she operates in the rural area will be a catalyst and a starting point to achieve her ambition of being a mini market owner in an urban area, she said.

Elaborating on the grocery store she owns, Norshila said it was a fantasy at first but with the help of government capital, she managed to make it a reality on a small scale.

She said it is not impossible for all that she has planned in the future to become a reality as long as the government provides economic stimulus packages for SMEs, which she would take full advantage of.

Government support and financial support for all sectors of the economy is urgently needed during the Covid-19 pandemic crisis.

Entrepreneurs from various sectors of the economy faced various obstacles including failing to make sales, income, and profit as a result of the Movement Control Order (MCO).

SME traders faced the lowest cash flow problems as most of their customers are from the B40 group, who were also affected by a lack of income during the MCO.

Businesses that were previously financially viable faced similar problems and some of them could not do anything except wait until things got better, which created the scenario of killing the source of income for rural traders, who depended solely on local customers.

However, the Prime Minister’s announcement on June 5 on the country’s economic regeneration plan to address the current economic situation and ease the burden of the people provided a life-line when the government introduced economic stimulus packages including RM260 billion under Prihatin and Prihatin PKS, which gave hope to all SMEs.