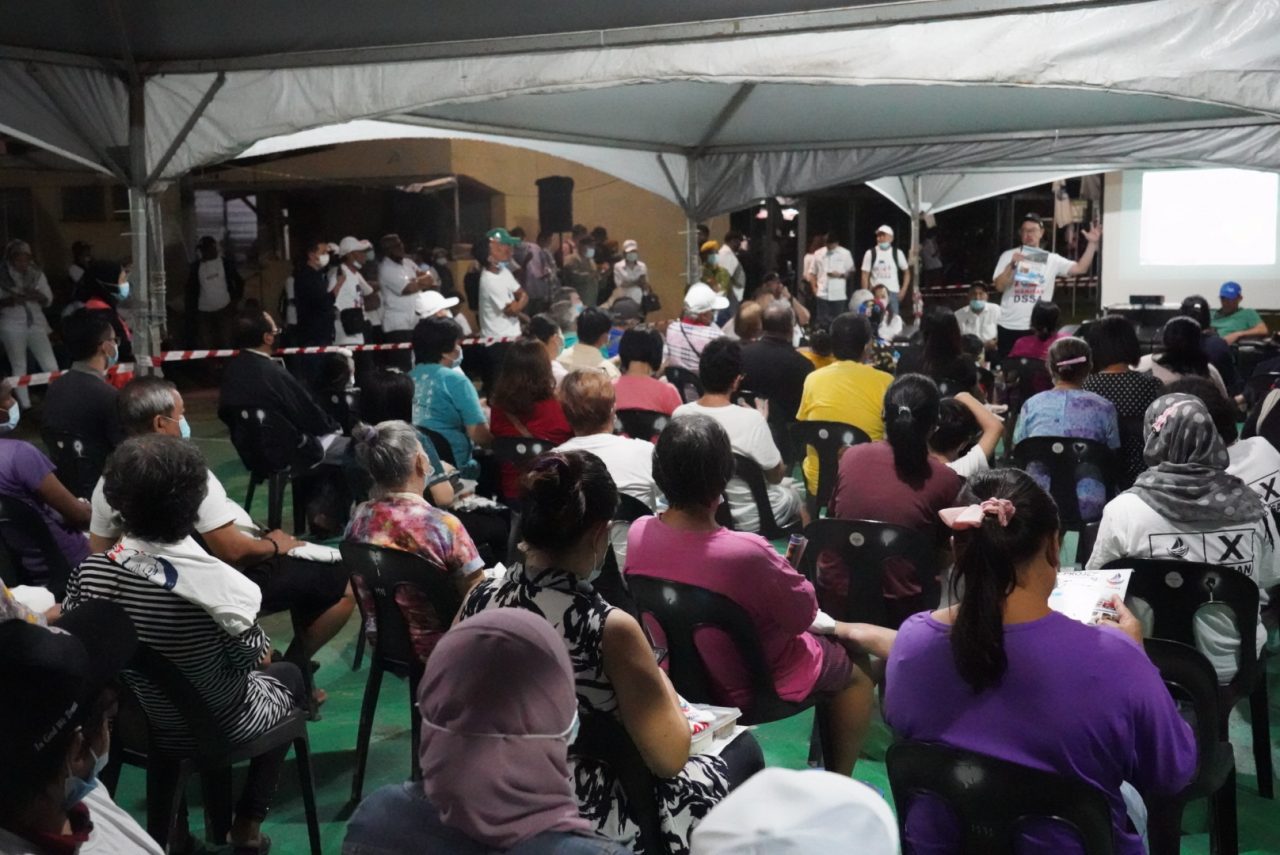 Junz speaking at a ceramah atended by about 200 people at Tanjung Aru Flats on Friday.

“I am aware some are concerned about the status of Tanjung Aru Beach. Let me repeat, reaffirm and reassure that Tanjung Aru will remain a public beach.

“Tanjung Aru Beach has remained a public beach throughout Warisan’s past 26 months and it will remain a public beach under the Warisan administration,” he assured.

Responding to accusations that he made a u-turn, he said the public could see that it is untrue. “If I made a u-turn as accused by some, what is stopping me from fencing up the place for the past two years?”

“If I made a u-turn as accused by some, I could have bulldozed TAED like how BN did. But that did not happen. Did it?”

“No buildings are erected. No fences are up. Tanjung Aru Beach has not become a private beach. Tanjung Aru has remained a public beach until this very day.

“We have kept our promise for the past 27 months, and we will continue to do so,” he said.

He added that Tanjung Aru would continue to belong to Sabahans as long as Warisan is the government.

On developments urged by Tanjung Aru residents, Junz said development is welcomed, but it will be done responsibly.

“So there will be development for Tanjung Aru despite some objections. Warisan does not reject development as it will help the local economy.

“But it must and will be done responsibly as long as Warisan continues to govern,” he said.

Junz who is also the incumbent State Assemblyman urged the public to judge his track record.

“Let me state here that for the past 27 months, there have been various interests to develop the beach. I am part of the Cabinet. I have access to these information.

“On behalf of the Sabah Government, yes we welcome development for the benefit of the local economy and local residents.

“But where the Warisan Government and the interested developers could not agree was the part regarding the ownership of the beach,” he explained.

He said the developers want to privately own the beach, but Warisan wants the beach to continue being a public space.

“That is why nothing is going on until today. The Warisan government and the developers cannot agree on the ownership of the beach.

“Warisan’s stand is clear. Warisan and the people of Tanjung Aru and Sabah want development, but it cannot be at the expense of the public space.

“Warisan is not BN. Warisan will not allow our Tanjung Aru beach be sold to any developers.”

Junz said it was BN who proposed the beach be made into a RM4 billion collateral to the developers back then, and he was the one who objected it.

“And, I have not allowed that to repeat under the Warisan administration.

“Judge me from my track record. It has been 27 months, yet there is nothing because Warisan is not willing to give up ownership of the beach.”

In fact, he said the hawkers centre at Tanjung Aru Beach was already revived. Why would the hawker centre be revived if TAED were to take up the public space?

He therefore urged the public to not be confused by lies and exaggerations by certain parties.

“Let us not be confused. There are two parts. The first is development, the second is the ownership of the beach. Sabahans want development. Clear cut.

“If a developer one day says they are able to develop Tanjung Aru beach into a world class tourist destination like St. Kilda beach in Melbourne or Manly Beach in Sydney, without taking away our public beach, why would we want to reject it?”

“We must of course welcome such development because of the nett economic benefit we can prosper from, without having to sacrifice our public beach,” he stressed.

“Just imagine the impact. Sabahans get to keep Tanjung Aru Beach, yet at the same time we can earn millions in revenue from the arrival of tourists.”

Junz said the beach still belongs to Sabahans. At the same time stall operators can sell keropok lekor and fruit juice, home owners can operate their house as AirBnB, Grab drivers can have more passengers, hotel operators have more tourists, more locals can apply for the many more new jobs created.