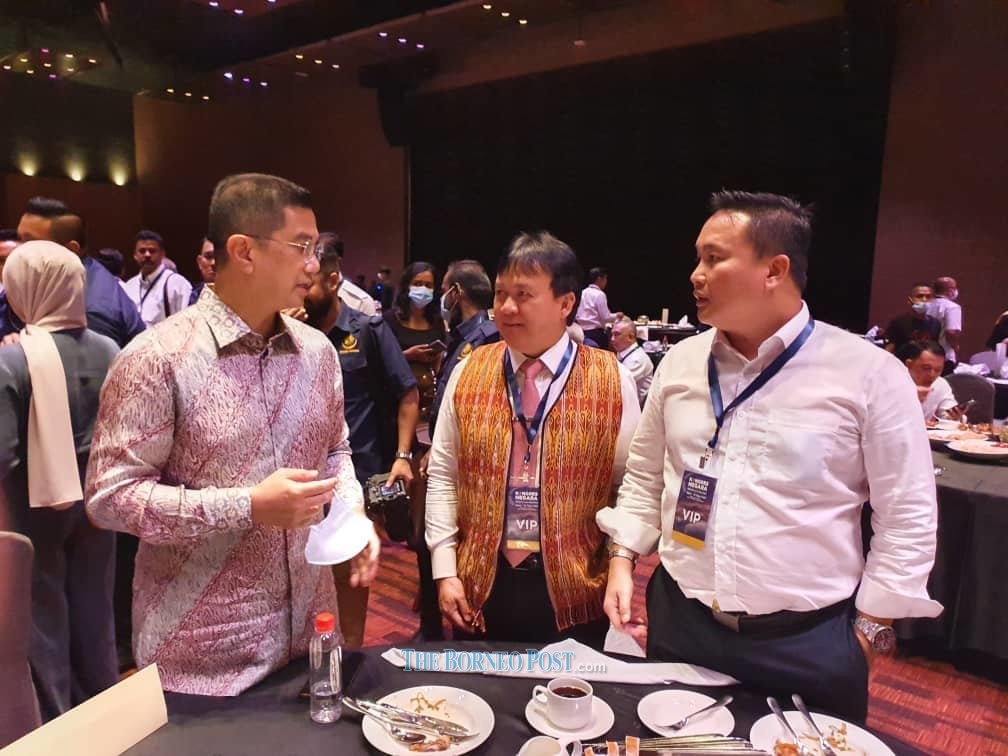 “We, the representatives from Sarawak and Sabah, formed a political bloc named as G10 led by Azmin and Ampang MP Zuraida Kamaruddin on the basis of an agreement.

“For that reason too, we are ready to join Bersatu as a multi-racial political platform. The composition of this political platform covers the whole country, representing all races,” he said when speaking at the National Congress held at the Malaysian International Trade and Exhibition Centre in Kuala Lumpur today.

Aside from Ali, the Sarawak and Sabah MPs who joined Azmin’ bloc were Willie Mongin (Puncak Borneo) and Jonathan Yassin (Ranau). Selangau MP Baru Bian who previously joined the bloc had left and later joined Parti Sarawak Bersatu (PSB) in late May.

Speaking at the event, Ali who is Deputy Minister of of Energy and Natural Resources expressed his gratitude to Prime Minister Tan Sri Muhyiddin Yassin as he had elected a Sarawakian leader as the Senior Minister of Public Works and thus, continued the Pan Borneo Highway project.

As such, he had placed his hopes that the development of road networks will also cover the upgrade works of roads located in the state which connects the villages to the cities.

“This in turn will ease the (road) networks that will directly boost the local economy,” he said.

It was held to commemorate Merdeka Day, held on Aug 31.