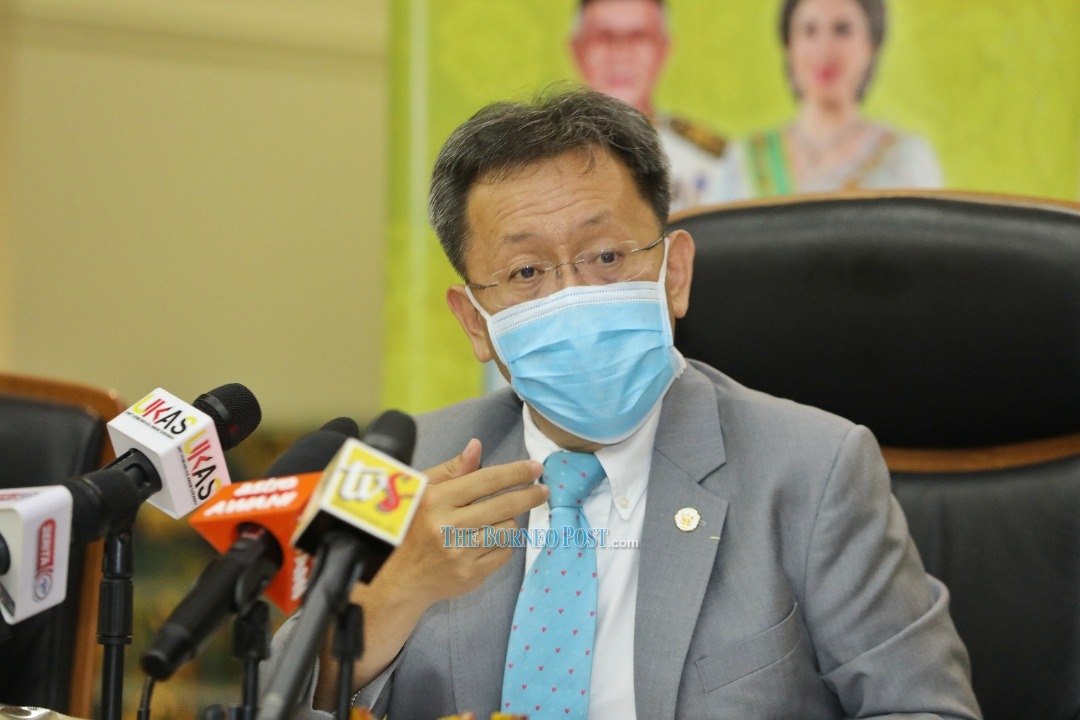 Dr Sim speaking to members of the media after a press conference. – Photo by Chimon Upon

SUPP member Sivanesan Sanmugalingam, a former secretary to the Stakan branch, had reportedly cited disillusionment with the party leadership as the reason for resigning from his post and quitting the party.

“I was surprised he resigned because he just contacted me a few days ago. We will look into it and try to find out the reason because he had been a SUPP member for a long time,” said Dr Sim after a press conference at Wisma Bapa Malaysia, Petra Jaya here today.

Sivanesan reportedly stated there had been a lack of concern towards the branch by the party leadership and he claimed the branch was often overlooked on key positions such as community leaders and councillorships.

On a separate note, Dr Sim said the party was constantly monitoring the performances of potential party candidates for the next state election, whether its on-the-ground or via social media platforms, and a few round of discussions on potential candidates had been initiated with the Chief Minister Datuk Patinggi Abang Johari Tun Openg.

Meanwhile, Dr Sim expressed his sadness over the passing of Datuk Liew Vui Keong, the former Pakatan Harapan de facto law minister, as he had known Liew since the latter was the president of Liberal Democratic Party (LDP) during the Barisan Nasional administration era.

He also urged the public to remain vigilant towards the health crisis brought by Covid-19 pandemic and the State Health Department had agreed to carry out more screenings at health clinics for patients returning from high-risk areas.

“These screenings cost money and the state government will assist if the department is facing lack of financial resources. That’s why, in Sarawak, we are screening a lot more people compared with other states,” said Dr Sim, stressing the life of each Sarawakian was immeasurable compared with the money spent on containing the outbreak.