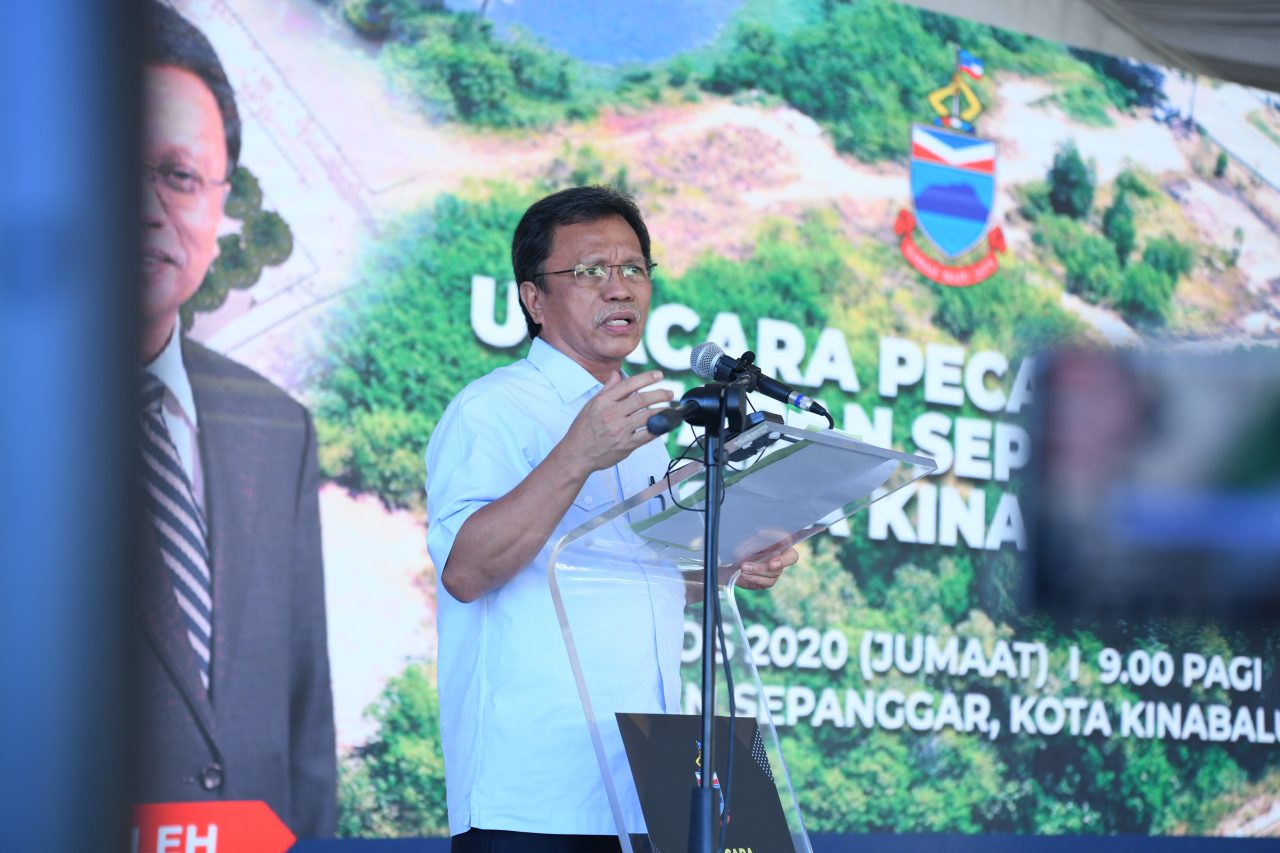 Shafie, at the launching of Dataran Sepanggar.

KOTA KINABALU: The State Government is forming a special task force to draft an act to protect land given to the people.

Caretaker Chief Minister Datuk Seri Mohd Shafie Apdal said Warisan-led State Government would continue to hand over native land titles to Sabahans who had been demanding for their rights to own land for decades, and in future, to assist them with various agricultural programmes to avoid them from selling the land.

“I have asked some friends, including former chief justice of Malaysia Tan Sri Richard Malanjum, to form the task force, to draft an act… so that they will not sell their land if they don’t know what to do with it.

“The previous government also had given the people land titles, during Usno, Berjaya, PBS and even Umno times, but now we are giving them land with another approach where we will help them.

“I have informed the Ministry of Agriculture and Food Industry, we will help these people to develop their land,” he said in his speech when launching Dataran Sepanggar, yesterday.

For the note, it was reported before that Shafie announced in November 2018 that the native land titles came with very strict conditions.

The conditions state that the native titles cannot be transferred except through next of kin, cannot be sub-divided, cannot be made as collateral or pawned and cannot be subleased, the use of Power of Attorney is also not allowed for the native land titles. In the case of a joint venture development, the landowners must be employed as workers while enjoying profit sharing.

During his speech yesterday, Shafie also said that he was aware about some people claiming that those land titles were made possible as they were the brainchild of former chief minister Tan Sri Musa Aman.

However, Shafie said the previous government did not give the people native land titles, but promoted communal title instead, which obviously a disadvantage to the people.

“First thing I did about these land when we came into power was to abolish group-ownership communal titles because we wanted to replace it with individual ownership,” he said.

Today, Shafie is expected to hand over native land titles to people in Nabawan, where he will also announce a proposal to build a new township in the district.