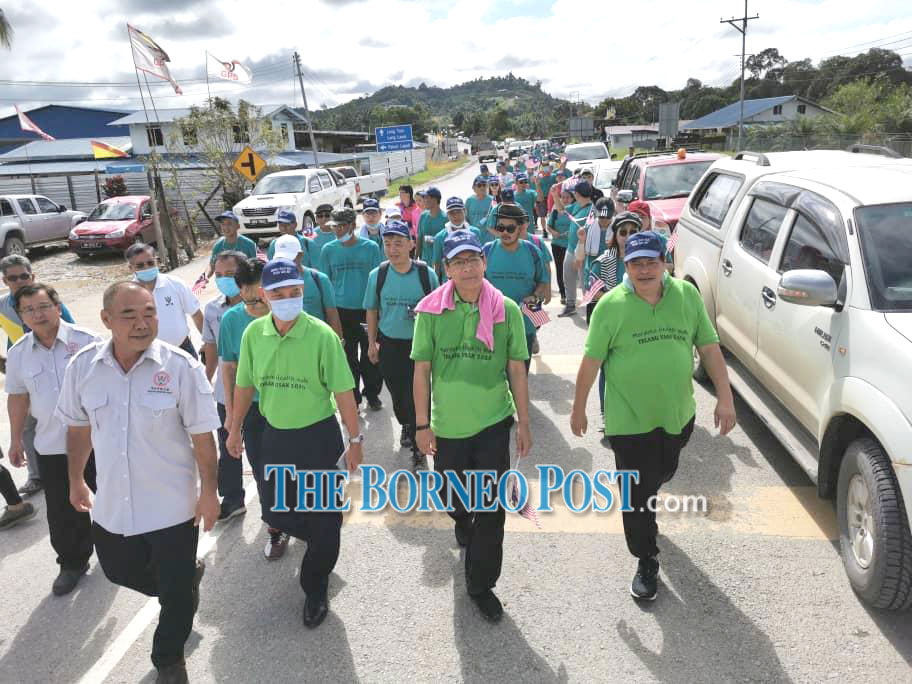 Penguang (front, third right), together with Dennis on his left and Abdul Aziz (front, right) lead participants in the Merdeka Health Walk 2020.

MARUDI: The Sarawak government has approved an allocation of RM1.2 million slated for upgrading works on SMK Tinjar’s hall and sports field, which will kick off soon, says Assistant Minister of Local Government and Housing Datu Dr Penguang Manggil.

According to him, the project is one of many development plans meant for Baram, which covers Marudi where he is the assemblyman, and Telang Usan.

“Over the decades, Baram has undergone transformation – for example, the present stretch leading to Lapok and Long Lama was once a dirt road and it would take days to reach any destination from here.

“Still, there are still many areas in Baram that have yet to be developed, especially the remote pockets deep in the interiors.

“In this regard, I want to assure the people of Baram that the state government would continue to bring in more infrastructure and people-oriented projects to the rural areas,” he said at the closing ceremony for the ‘Merdeka Health Walk 2020’ in Lapok town near here yesterday. 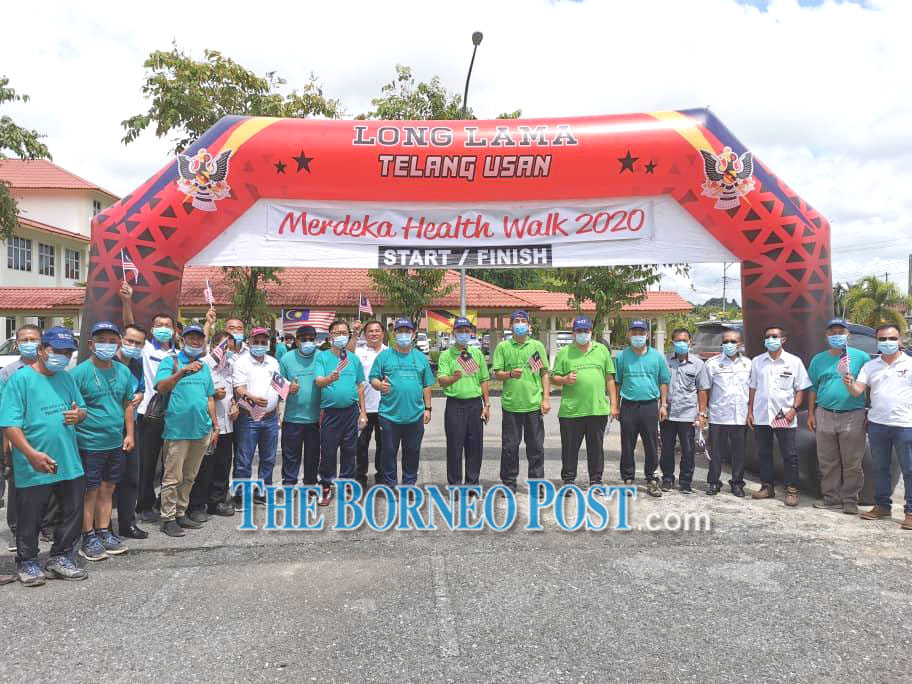 Penguang (ninth right) joins Dennis on his left, Abdul Aziz (seventh right) and others in a photo-call taken at the starting point in Long Lama town.

Jointly run by Telang Usan District Office and the Panel of Advisors of Long Lama Health Clinic, the walk was flagged off around 4am at Pehin Sri Adenan Satem Bridge in Long Lama town, where the participants kicked off their 30km journey to reach the finishing line at Lapok Bridge.

Penguang later commended the organisers for the success in holding the health walk programme for the first time, and suggested they make it an annual event.