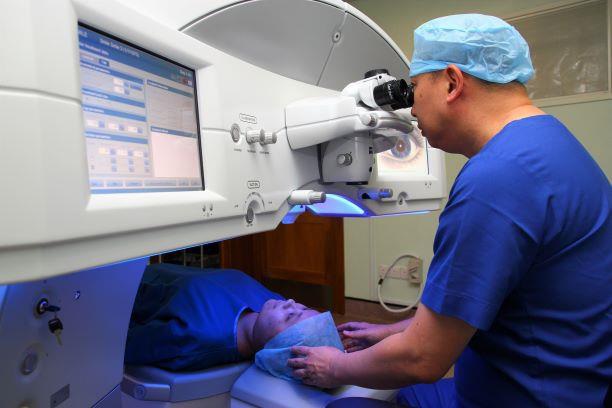 Notably, the number of laser correction procedures and cataract surgeries Optimax performs each year has been growing, due to the prevalence of myopia and an aging population in Malaysia.

KUCHING: Newly listed Optimax Holdings Bhd (Optimax) is set to gain from expanding its ambulatory care centre (ACC) in Seremban after its listing two weeks ago on the ACE Market of Bursa Malaysia.

To recap, the group generated RM3.6 million, RM3.7 million and RM4.5 million in revenue per doctor for FY17, FY18 and FY19 respectively.

“Assuming the same ratio (of RM4.5 million per doctor), we forecast revenue to skyrocket to RM93.9 million in FY21 from RM62.6 million in FY19, implying a 2-year CAGR of 22per cent,” Kenanga Research calculated in a sector report yesterday. .

The research firm also anticipated incoming strong 3QFY20 for Optimax as appointments were postponed from 2Q to 3Q.

During the movement control order, Optimax was only taking emergency cases while advising other clients to postpone surgery/procedure appointments to 3QFY20.

“To give some context, the group only performed 288, 31 and 198 surgeries in March, April and May respectively against the group’s average of 678 surgeries month in FY19. The number has already rebounded to 874 per month in June.

“Therefore, we expect 3QFY20 to be an extremely busy period for Optimax, with number of surgeries performed potentially surpassing 900 per month, which is 2.4 times more surgeries orprocedures than 2QFY20 average.”

Notably, the number of laser correction procedures and cataract surgeries (for blurred vision) Optimax performs each year has been growing, due to the prevalence of myopia (short-sightedness), and an aging population in Malaysia.

Kenanga Research observed that between 85 to 90 per cent of young adults in Asian countries like Singapore and Taiwan were affected by Myopia compared to only 42 per cent of Chinese and 15 per cent of Malay students in Malaysia.

“With the growing usage of smartphones nowadays, we believe the prevalence of myopia will continue to rise, thus fuelling the demand for refractive surgeries. Also, with aging population in Malaysia (older demographics are more prone to cataract), the demand for cataract surgeries is likely to remain high.”