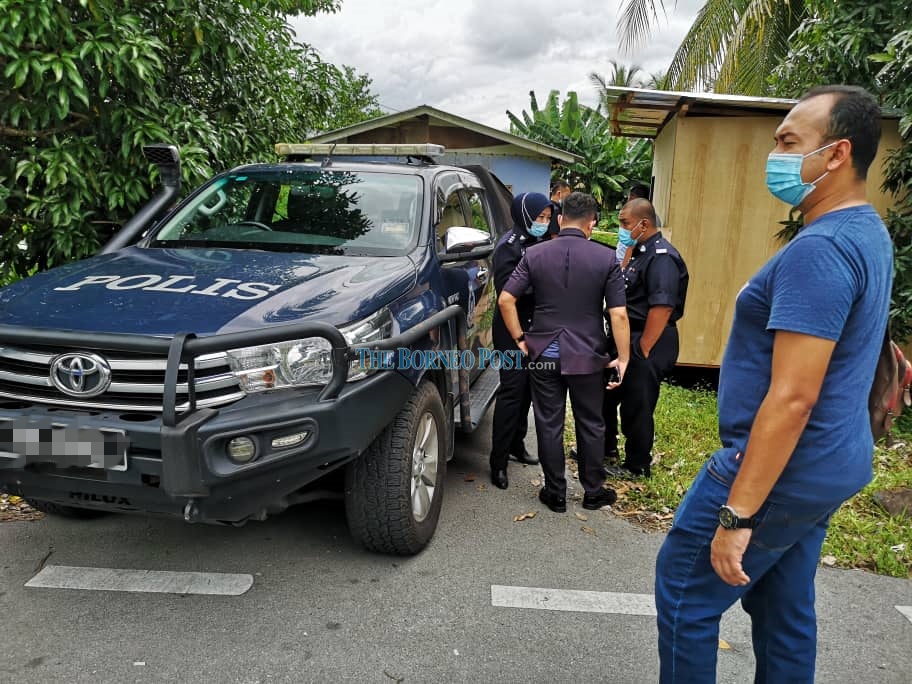 KUCHING: A 66-year-old woman was found dead at her house in Kampung Rampangi, Samariang here at around 6.30am this morning.

The deceased, identified as Dara Mohamad, was suspected to have been murdered by her grandson and had been found unconscious on a chair in the house, with cuts on her face and chin.

The senior citizen was pronounced dead at the scene by Sarawak General Hospital (SGH) paramedics.

Kuching district acting police chief Supt Merbin Lisa said that following the discovery of the deceased, a 27-year-old man, identified as her grandson, was arrested to facilitate investigation of the case.

Merbin said that the suspected murder could have happened between 7.30pm on Sunday and 6.30am today.

“Preliminary investigations revealed that the senior citizen could have been murdered between 7.30pm on Sunday to 6.30am today. It is believed that the suspected murder could have occured due to a misunderstanding between the deceased and the suspect regarding money.

“Feeling dissatisfied about the deceased’s response, the suspect took a sharp weapon believed to be a knife and attacked the victim, and following that, the suspect ran away,” he said when contacted by The Borneo Post today.

The suspect was believed to be staying with the deceased.

The deceased had been discovered by her sister, who came to visit, and informed the police as well as the suspect’s father.

Merbin said the suspect was later arrested by his own father along with other villagers before being handed over to the police who made a re-arrest of the suspect.

Meanwhile, Merbin said that the police also found a knife used by the suspect in the incident.

“The case is being investigated under Section 302 of the Penal Code for murder,” he added.

Apart from that, he said, the suspect also has a previous criminal record related to drug abuse. The suspect also tested positive for Methamphetamine.

The victim’s body was taken to Sarawak General Hospital for autopsy.