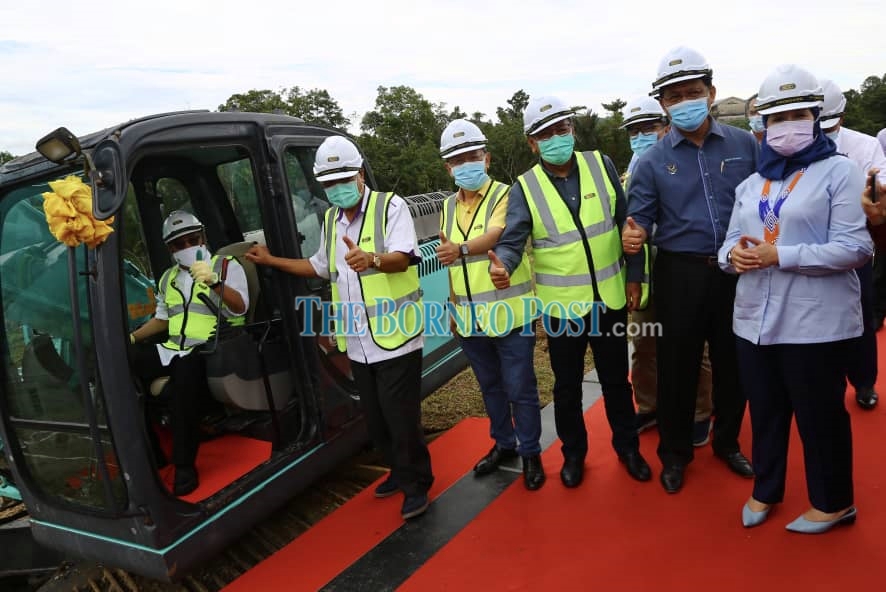 Abang Johari gives his thumb’s up after performing the earth breaking of the international school at Mile 12, Kuching-Serian Road while Manyin (second left) and others look on.

He said based on the reports from the employers’ association, they are having facing difficulties in recruiting people to join the industry.

Abang Johari added that this put the state government in a dilemma because while the employers are having problem in recruiting people, there are many graduates who graduated from the universities.

“Actually if there are graduates, then you don’t have any problem. But their problem is this; some of our graduates are not competent in language.

“Big companies, when they operate, they need people who have the command of language, especially the language that is understood by the people all over the world because our economy is a world economy.

Abang Johari pointed out that the Chinese Schools may have the United Examination Certificate (UEC) to produce the Mandarin speaking employees, but in terms of English, they may be a bit weak.

He commented that the situation in Sarawak is paradoxical because the state has got talented people and people from universities, but some of them cannot be employed just for a simple reason that they don’t have command of English. 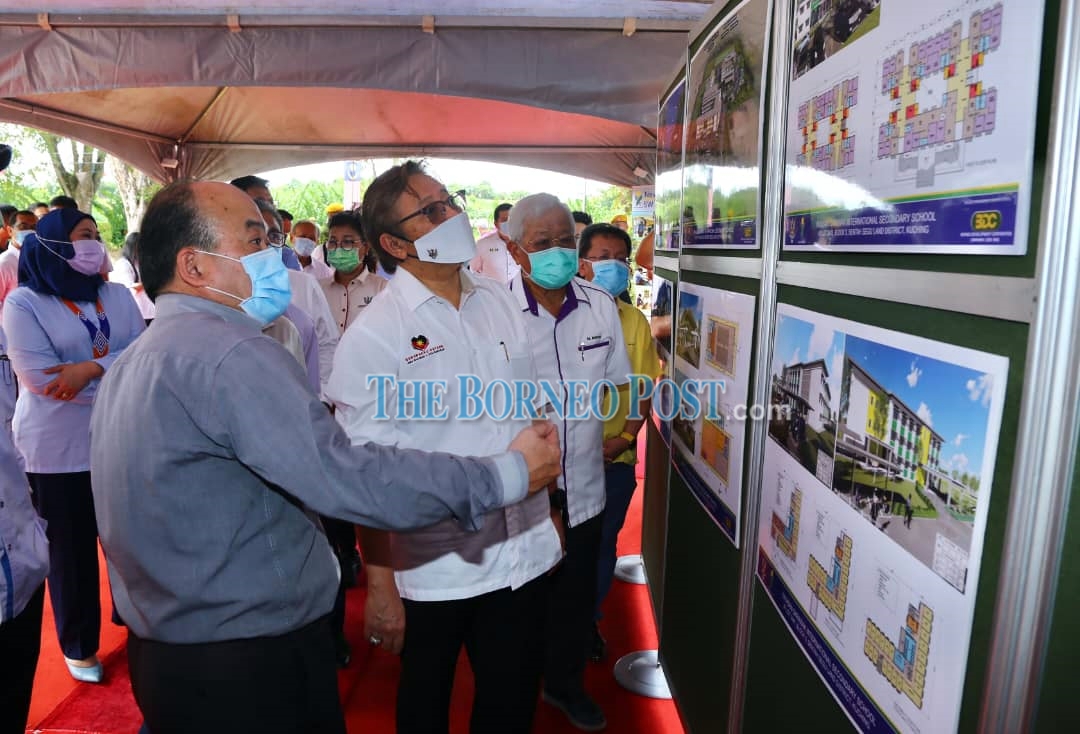 Abang Johari (centre) is being briefed on the international school building plan while Manyin (right) looks on.

Abang Johari said English is the language of technology, where most of the gadget manuals are written in English and there is no Bahasa Malaysia.

“So that is our dilemma because in future, technology will move the curtain. For a country to be a developed nation, it must be developed in accordance with the advancement in technology.

“Because of that, I have to make a decision, if we are to train Sarawak students to be on par with the international community, we have no choice but to train our students in accordance with the needs of the future, which is based on technology,” he stressed.

Having said that, Abang Johari said the state government decided to international schools not because it does not trust in the national education system.

“We actually follow the national system, but sometimes it’s a bit weird. When the Minister changed the system and the policy also change.

“We feel that we want to improve the policy that can give positive impact to our students and so we come up with our own international schools,” he added.