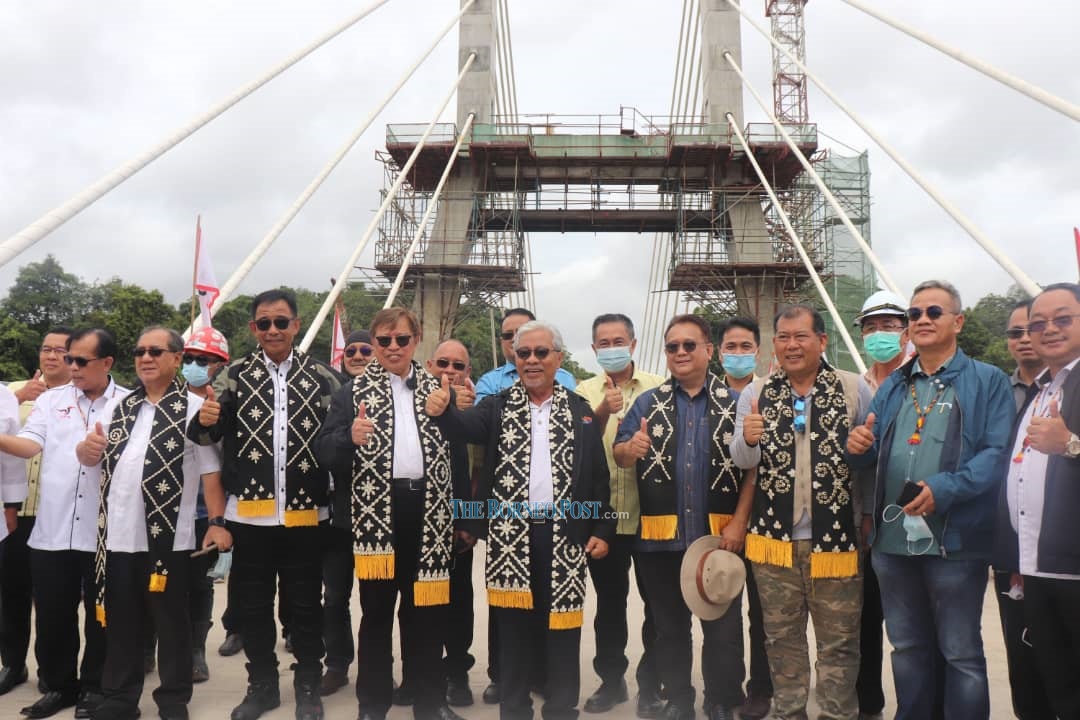 Speaking at a working visit to the Nanga Mujong bridge located some 35 kilometres from Kapit, Abang Johari cited an example saying that certain quarters had said that Kapit was lacking in infrastructure development.

“In contrast, Deputy Minister Tan Sri Dr James Jemut Masing and his team have done a lot for the people such as the road to Nanga Mujong, Tunoh up to the Baleh hydroelectric project (HEP) dam site.

“As such, the people were wise enough to differentiate between factual and fake information,” he said.

On the Baleh HEP, Abang Johari explained that it would provide not only electricity but also solar and hydrogen energy.

“This is the type of renewable energy that the state is focusing on,” he said.

Abang Johari also said that as a caring government, the Sarawak government was elevating the native court to enhance its efficiency to deal with matters that affected the Bumiputera community, such as native land.

The chief minister said the native laws would be strengthened to better serve the community and a syllabus on the native court could be introduced in the local university to enable the younger people to learn about local laws.

Earlier, Abang Johari was briefed by Public Works Department (JKR) on the progress of the road project from Nanga Mujong to Tunoh and the Baleh HEP.