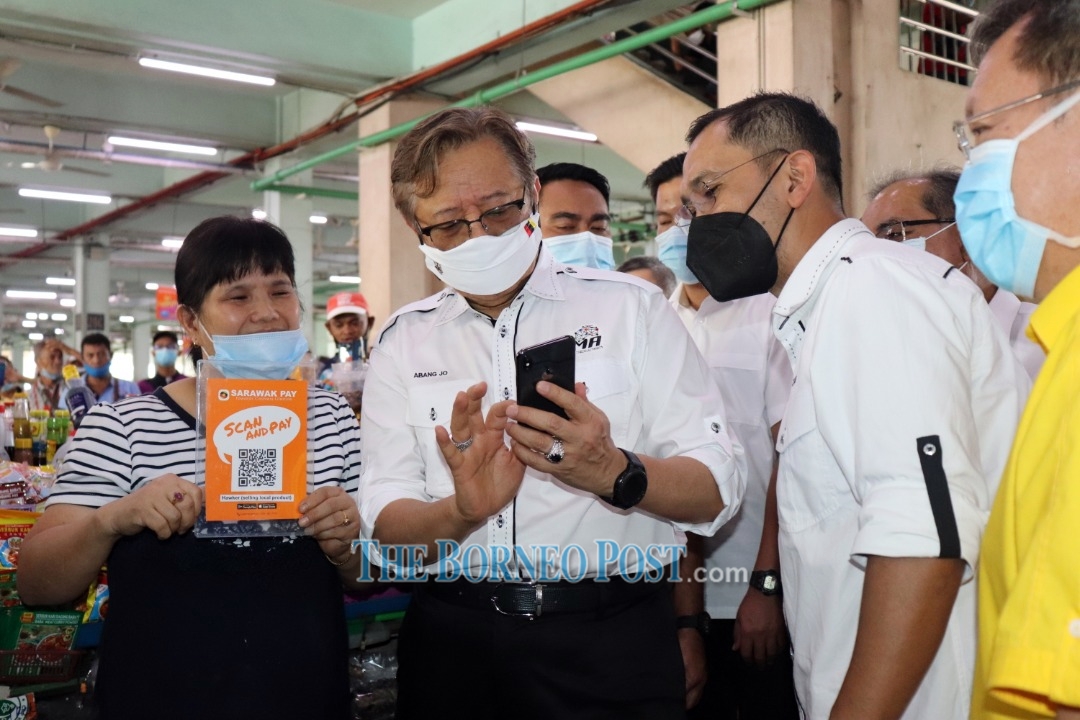 SIBU (Sept 16): Sarawak Pay has recorded a total of 13.789 million transactions, with a total of RM588 million worth of transactions being generated since its introduction in Nov 2017, said Chief Minister Datuk Patinggi Abang Johari Tun Openg.

Abang Johari said the e-wallet application have also registered a total of 443,396 users and 64,254 merchants within the same period.

“The number of registered users shows that there are nearly half a million smartphone users in the state who are using Sarawak Pay.

“They can use Sarawak Pay to buy ‘belacan’ (shrimp paste), ‘kueh’ (cakes) and shake their smartphones for rewards later on,” he said when officiating the launching of Sarawak Pay and WiFi facility at Sibu Central Market here today.

Abang Johari recalled that when the e-wallet application was first introduced, people were sceptical to use Sarawak Pay.

“But when Covid-19 spread and everyone was told to stay at home, we could see the increasing number of its users.

“Even members of Kampung Buntal Fishermen Association in Kuching initiated their own efforts to use Sarawak Pay in their transactions with their customers during Movement Control Order,” he said.

He said with Sarawak Pay, shoppers at the market would be able to make purchases via their smartphones with ease.

To note, more than 800 out of 1,170 traders at the Sibu Central Market have registered themselves as Sarawak Pay merchants so far.

Meanwhile, Sibu Municipal Council chairman Clarence Ting said he was optimistic that the market would record an additional 1,000 visitors daily with the use of Sarawak Pay by the traders and the availability of WiFi service.

Currently, the market receives about 2,500 visitors daily during weekdays and more than 4,000 visitors during the weekend, he added.