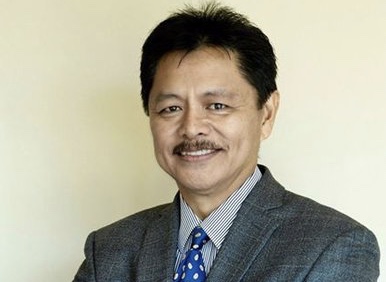 KOTA KINABALU: A recent statement on Sabahís economic outlook from Datuk Dr Mohd Yaakub Johari, a member of IDS Board is his own personal opinion, said IDS CEO Anthony Kiob.

Anthony said it is rather interesting for Dr Yaakub to conveniently issue statement during this state election campaign period, which can mislead the public into thinking that the State government has done nothing to boost the state economy.

“His statement doesn’t represent the view of IDS, especially on his implied poor economic management and leadership of the state, especially given the untimely snap election that is in the midst of an unprecedented pandemic,” said Anthony in a statement yesterday.

“I’m sure all of us agree the Covid-19 pandemic somehow has forced all economies, including those in the advanced countries to re-look at their economic prospects without exception.

“In terms of revenue, Malaysia and most countries around the globe are similarly experiencing a decline and therefore it is not unique to Sabah alone and yes economic recession is anticipated.

“I am sure Datuk Dr Yaakub is aware that the State government for sometimes has been trying to boost the state revenue by asking the Federal government, particularly Petronas to fulfill their promise of paying the State Sales Tax (SST) on oil product in addition to other MA63 related revenue,” he said.

Besides this, he said the Sabah New Deal stimulus package recently launched by the State Government is slowly gaining momentum with local tourism activities in particular.

“The Sabah New Deal involved a RM240 million stimulus package with the primary objective to speed up the stateís digital economic transformation as well as boost the agro-food sector and human capital re-development. Apart from boosting the stateís economic recovery, the second stimulus package is also meant to enable Sabah moves into the ìnew normal”, said Anthony.

“These are some of the efforts already taken by the State government to spur the state economy and as I mentioned earlier, it is unfortunate that the government has been forced to call for a snap election during this challenging time.

“Malaysia Gross Domestic Product (GDP) growth for the second quarter of 2020 has contracted by 17.1% year-on-year as announced by Bank Negara Malaysia (BNM). Yet the Federal Finance Minister said our country economic situation is still manageable and confident that we will be able to overcome the storm. The Federal government also has adopted a fiscal measure by adding more money to the economy to encourage spill over effect.
“I believe Sabah may follow similar steps once the state snap poll is settled.
“We are all living in an unprecedented time and IDS remains optimistic that the State government machinery is adept enough to tackle these challenges head on to ensure that the Stateís economy stays afloat.
“What is most crucial is for everyone involved to stay focused and continue to work hand in hand to overcome these challenges,” he said.

Anthony said Dr Yaakub should have attended IDS recent forum on Impacts of Covid-19 Pandemic on Sabahís Economy and the Recovery Responses Required, a proper platform to air his view.

“This is what IDS normally do to provide an avenue for everyone to share their thinking rather than come up with a statement which implicated the Institute,” said Anthony.