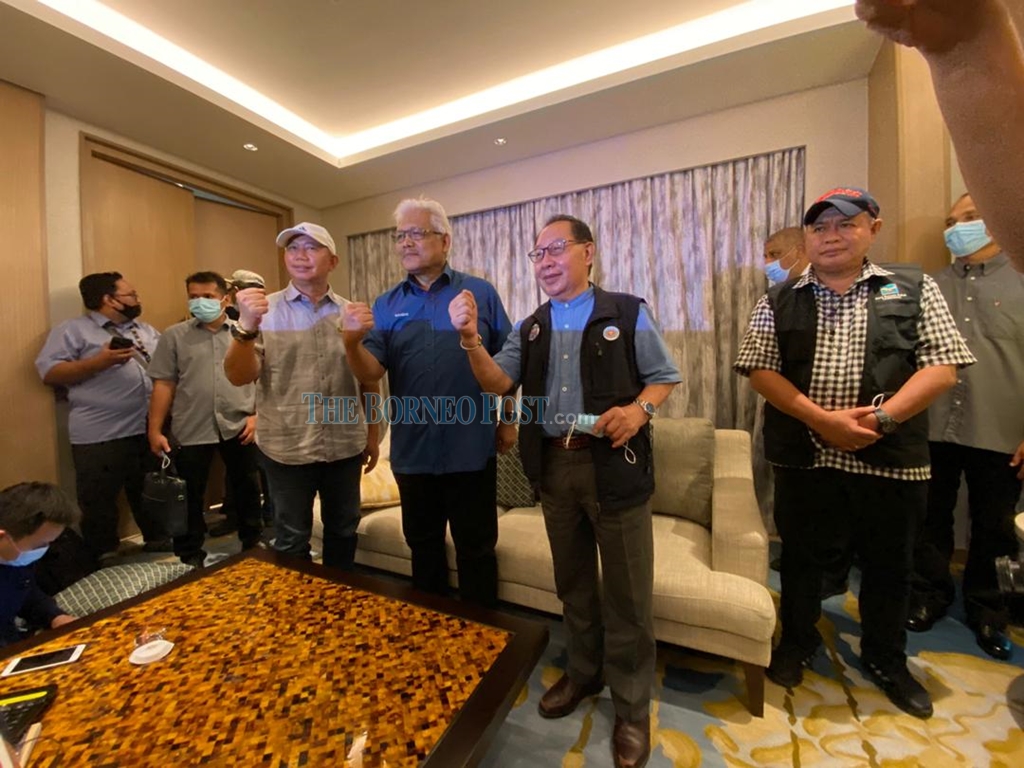 Hamzah flanked by with Jahid (left) and Jeffrey

KOTA KINABALU (Sept 22): Parti Bersatu Sabah (PBS) has pulled out of the race in Tambunan and Bingkor seats to give way to Parti Solidariti Tanah Airku (STAR) in the state polls this Saturday.

In return, the two independents contesting in Api-Api and Bengkoka, who are aligned to STAR,will also pull out from the election and they have pledged their support to the PBS candidates in the two seats.

“There will be no more clashes between PBS and STAR in these four seats. This will give a higher chance for our candidates to win,” said Hamzah.

Barisan Nasional, PN (where STAR is a part of) and PBS are contesting under the banner of Gabungan Rakyat Sabah (GRS) in this election.

“PBS will support STAR in Tambunan and Bingkor while STAR will support PBS in Bengkoka and Api-Api,” Hamzah reiterated.

He explained that all four candidates had willingly given up their seats and that there were no threats used against them.

Separately, Jahid said that the PBS’ main aim was to overthrow the Warisan Plus government.

He said that PBS president Datuk Seri Maximus Ongkili had advised the two PBS candidates to pull out.

“The president had also submitted a letter to the Election Commission (EC) to inform them that the PBS logo will no longer be used in the two seats,” said Jahid.

Meanwhile, Jeffrey said that the decision to cooperate in the four seats would have a big impact on the voters.