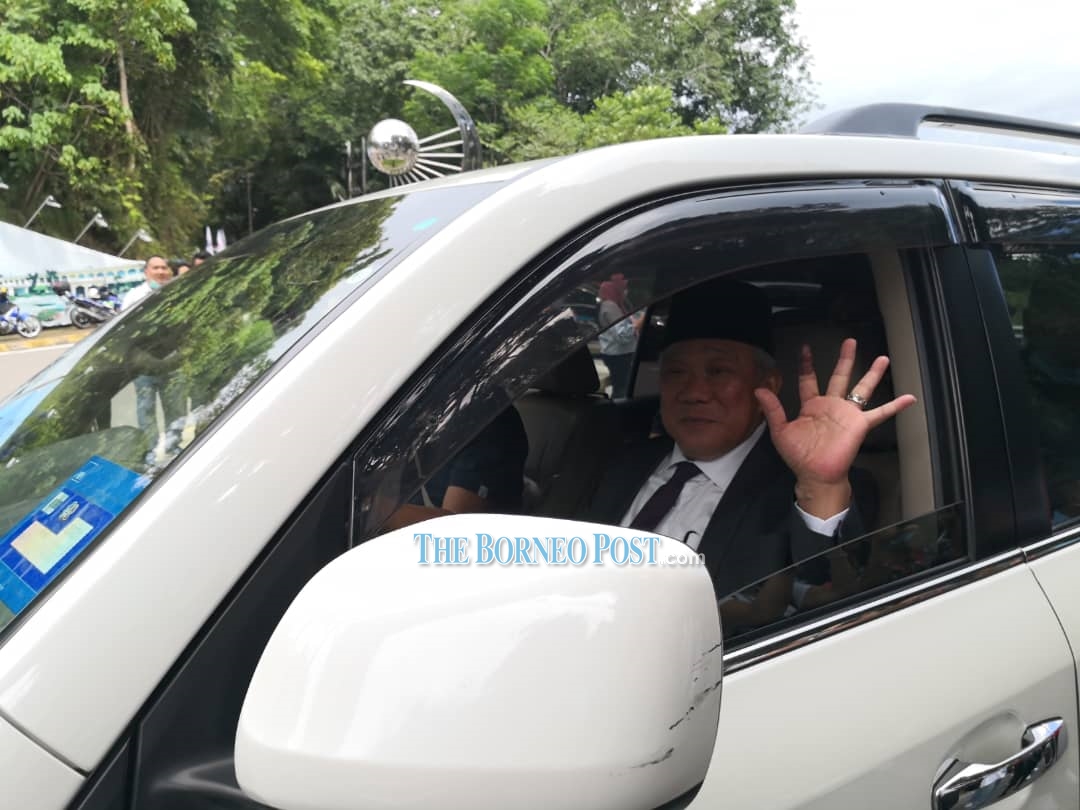 Bung Moktar said that the Head of State told the coalition this following an audience with him by four political leaders from GRS at Istana Negeri here today.

“He (Tun Juhar) asked for time,” he told members of the media as all four leaders left the Istana Negeri at 3.18pm after spending about 45 minutes in Istana Negeri.

When prompted for the time frame for the decision, Bung said “as soon as possible”.

Meanwhile, Parti Bersatu Sabah (PBS) secretary general Datuk Jahid Jahim told members of the media that they had handed the statutory declaration (SD) to the Head of State and were waiting for a final answer.

“We will leave it to the discretion of Tun. But everything (audience with Tun Juhar) went smoothly,” said Jahid.

The just-concluded Sabah polls saw GRS obtaining 38 out of the 73 state seats, wresting back the Sabah State Government from Parti Warisan Sabah.

However, the Head of State had asked for time on the appointment of the next Sabah Chief Minister.