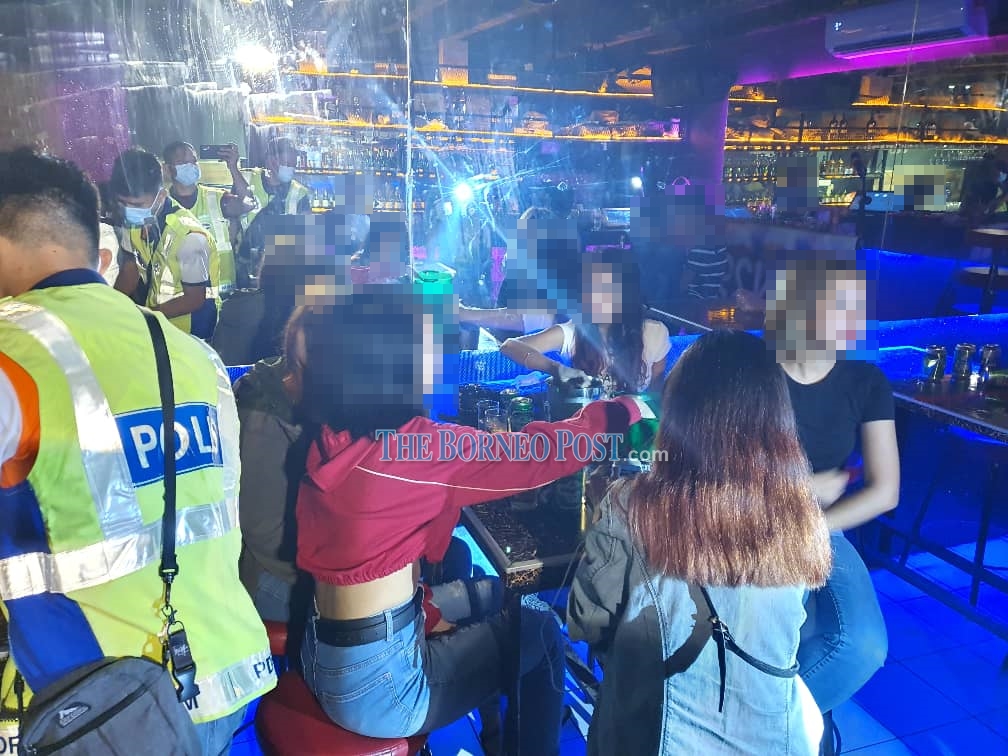 Police conducting their checks at one of the premises in Kuching. – File photo

He said these offenders were among 763 individuals nabbed for breaching the RMCO yesterday.

There were also arrests in connection with premises operating without a licence (1), cock fighting (10), suspected involvement in gambling activities (12), defying Enhanced Movement Control Order (12) and other activities (1), he said in a statement on RMCO developments today.

He said 71 illegal immigrants, three skippers and one smuggler were arrested under Ops Benteng.

Ismail Sabri said 10 of the migrants were arrested by the armed forces in Padang Mulud, Bandar Penawar, Johor for not possessing valid personal identification documents.

“A total of 79 roadblocks were conducted under Operasi Benteng yesterday — 57 by police, 10 by the Border Security Agency and 12 by the armed forces,” he added.

Ismail Sabri said from July 24 until yesterday, 28,508 individuals who returned to the country were placed in 73 hotels and eight other premises including Public Training Institutes and private institutions of higher learning throughout the country.

Of this number, 10,359 individuals are undergoing compulsory Covid-19 quarantine, 69 others were sent to hospital for treatment and 18,080 were discharged and allowed to return home.

He said that since March 30, the government had carried out 9,937 public sanitisation operations in 134 zones.