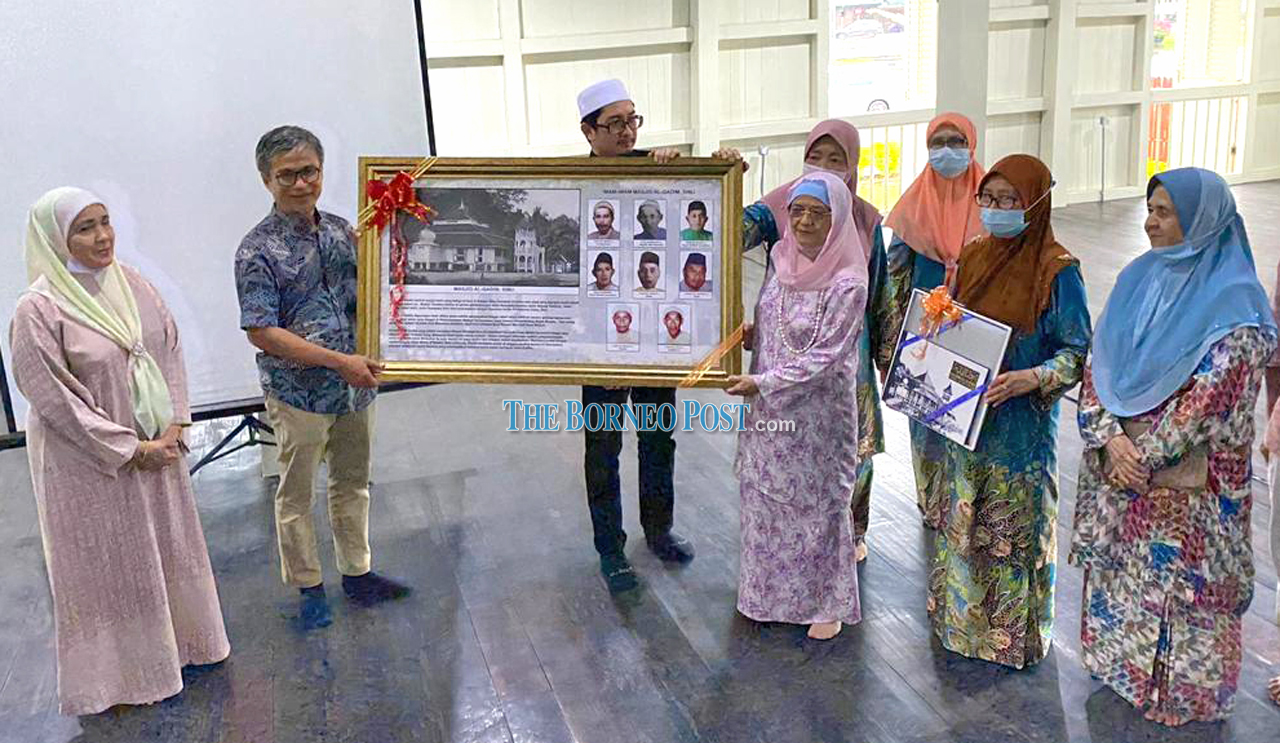 Dr Annuar (second left) presents a memento to Juma’ani, as Sharifah Zaidah (left) and others look on.

SIBU: The RM3.5-million restoration works on one of the oldest mosques in Sarawak, located at Kampung Nyabor Road here, should reach completion by April next year, said Assistant Minister for Local Government and Housing Dr Annuar Rapaee.

He said the project to restore the 180-year-old Masjid Al-Qadim involved three phases.

“The restoration project is currently at Phase III, and expected to be completed by April 2021.

“Masjid Al Qadim has been gazetted by the Sarawak government as a heritage building,” said Dr Annuar, who is Nangka assemblyman.

Specifically, he said the mosque’s minaret – said to have been demolished about 80 years ago to make way for development – had been re-erected as part of the works to regain the structure’s original form.

Juma’ani and her entourage were later taken for a tour around the mosque, followed by a briefing about the project.