KUALA LUMPUR, Oct 3 — The deputy minister who was earlier today reported to be down with Covid-19 after returning from Sabah has revealed his identity publicly.

However, Deputy Environment and Water Minister Datuk Ahmad Masrizal Muhammad told The Star Online that he is “in good shape” and no longer has the flu-like symptoms and breathing problems associated with the coronavirus since he was warded at the Sungai Buloh Hospital last Thursday.

“I have no symptoms now. I have no fever, no cough and no difficulties in breathing. I am in a really good condition,” he was quoted saying in a text message today.

The Umno senator was among those campaigning in Sabah during its state election and returned to the peninsula on October 1. Back then, he was reported to have said he tested negative for Covid-19 during a screening.

Another Umno politician who is also political-secretary to a minister and had campaigned in the Sabah election was also hospitalised there today, after testing positive for Covid-19.

Other government government officials and politicians who reported positive for Covid-19 after follow-up tests include a Kedah state executive councillor and a Melaka assemblyman who were initially found negative.

Hundreds of politicians, their aides and political party members from the peninsula had campaigned in Sabah since early September despite the continued emergence r of new Covid-19 cases and clusters there.

Since then, several have tested positive for Covid-19.

Returnees from Sabah have been identified as a major source of Covid-19 cases showing up again in most parts of the country.

Today, Malaysia reported 317 new cases, its highest-ever single day number and more than double what the figure was when the movement control order was imposed on March 18. 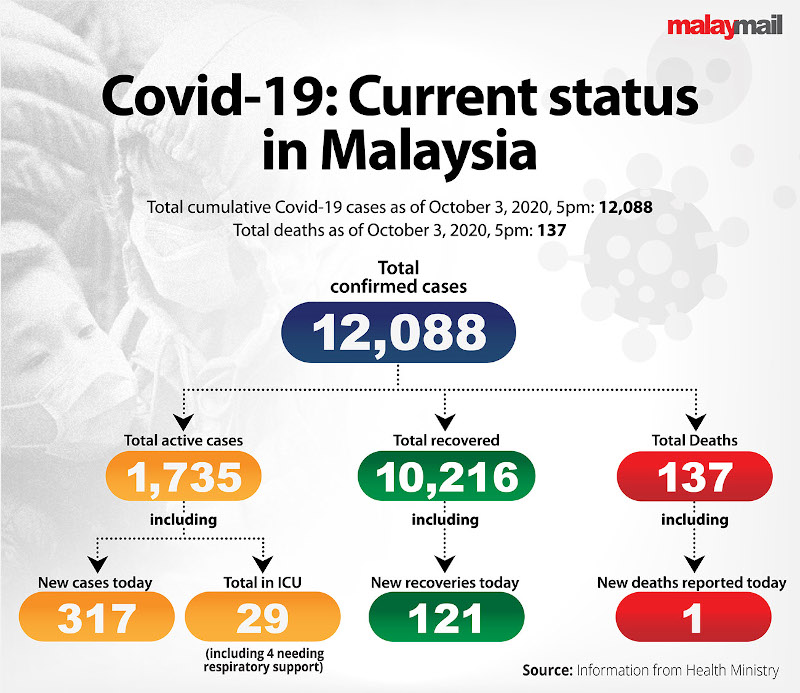