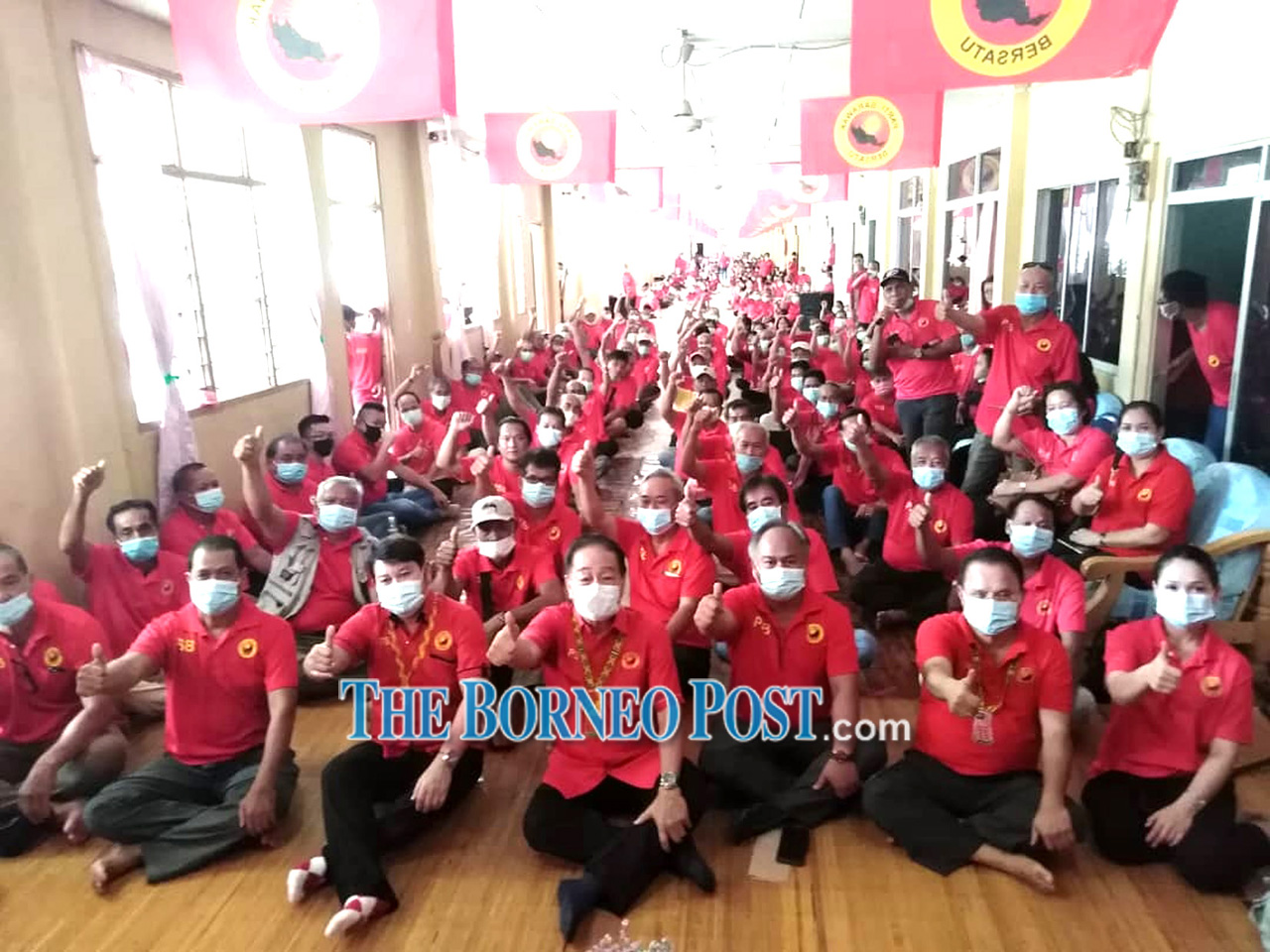 LIMBANG: Parti Sarawak Bersatu (PSB) has officially announced that Ali Adap, 53, will contest the Batu Danau seat in the next state election.

PSB president Dato Sri Wong Soon Koh, when making the announcement yesterday said he was confident that Ali could win the seat.

“I am happy to see the presence of a huge number of PSB members and supporters here today, proof that Ali has a strong support base,” he said when launching the PSB Batu Danau branch at Rumah Lana Sepangah near here yesterday.

Wong, who is also Bawang Assan assemblyman, also believed that the state election would be held within the next two or three months.

“I thus call on every member and supporter to work hard and always be with the people at the grassroots level, especially here in Batu Danau.

“Being an independent local political party and one of the biggest political parties in Sarawak, PSB deserves the people’s support as we are fighting for justice, equality and the rights of Sarawak as enshrined in the Malaysia Agreement (MA63),” stressed Wong.

Meanwhile, Ali had in the 11th state election in 2016, contested as an independent candidate but lost to the incumbent Paulus Palu Gumbang who garnered 4,366 votes, while Ali received 1,427 votes.