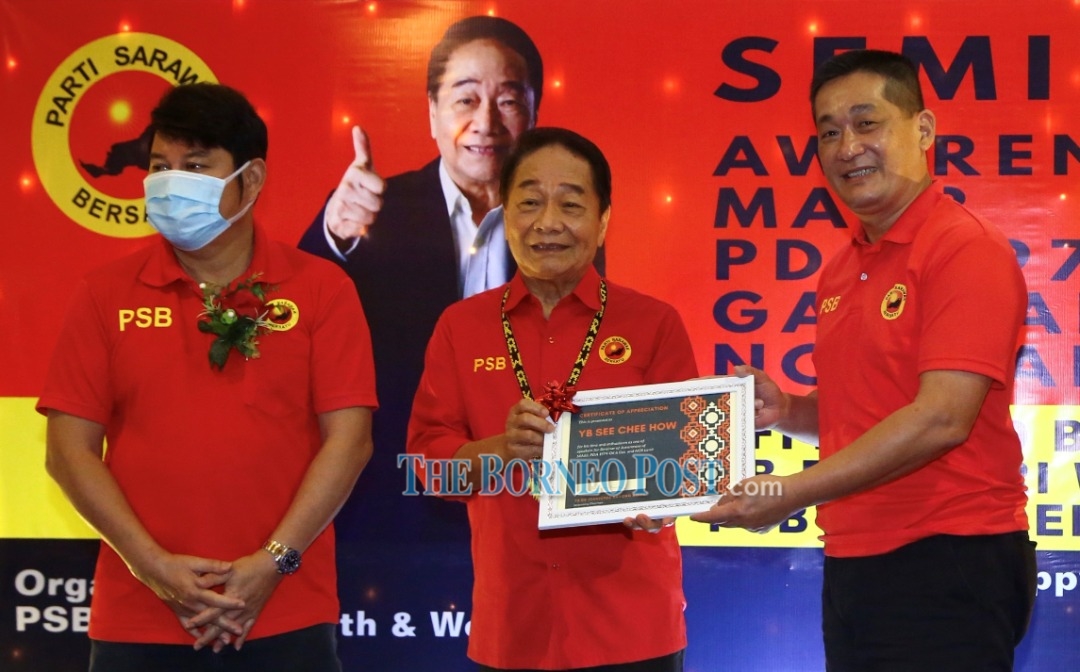 Wong (centre) presents a token of appreciation to See (right) while Rayong (left) looks on. – Photo by Muhammad Rais Sanusi

KUCHING (Sept 13): Parti Sarawak Bersatu (PSB) will bring up fresh perspectives in fighting for the state’s rights based on the Malaysia Agreement 1963 (MA63), said Batu Lintang assemblyman See Chee How.

See, who is the party’s presidential council member, said this will ensure that PSB’s fight for the state’s rights would not be similar to other Sarawak-based parties, particularly Gabungan Parti Sarawak (GPS).

“How do we make Sarawak greater compared to GPS? We are not going to sing the same tune (as GPS).

“We can because (unlike GPS) we do not ‘kowtow’ to anybody, we are our own master, so we can give our full commitment to Sarawak when we fight for its rights,” said See.

He was replying to a question by PSB’s candidate for Marudi Datuk Sylvester Entri Muran this morning during a Q&A session at the party’s awareness seminar on MA63, Sarawak’s oil and gas rights and NCR land issue. 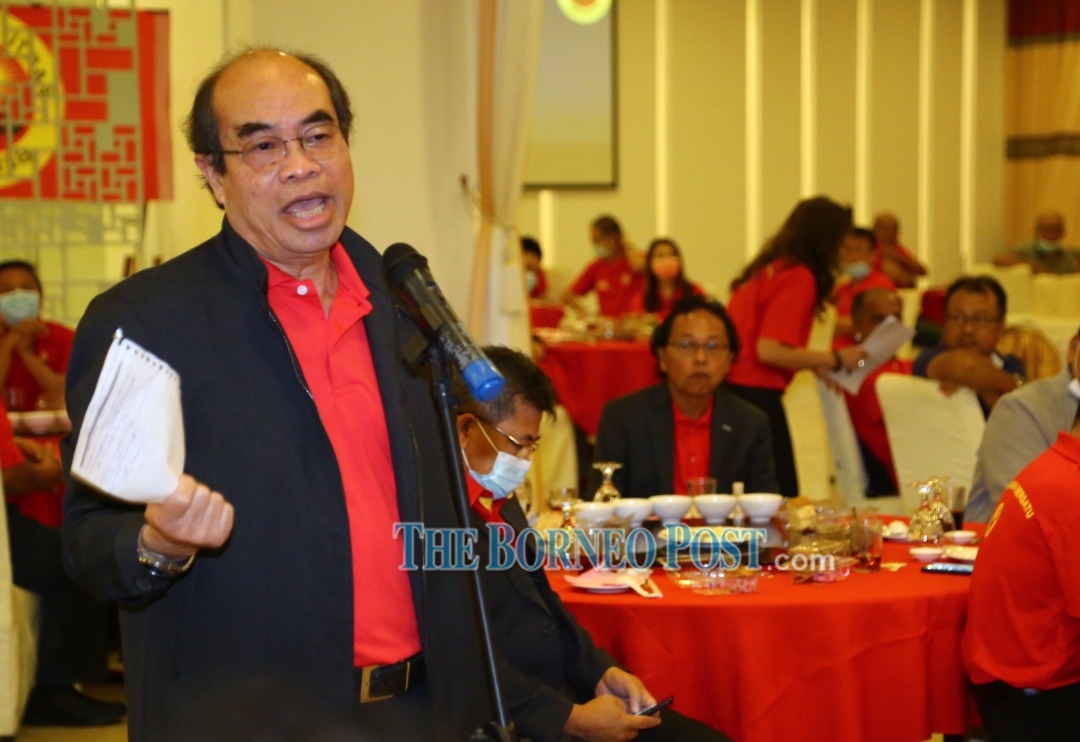 Entri posing a question to See during an awareness seminar organised by PSB this morning. – Photo by Muhammad Rais Sanusi

Entri, who is a former Marudi assemblyman, had asked See what makes PSB more ‘extraordinary’ compared to GPS who is also fighting for Sarawak’s right based on MA63?

Entri suggested that PSB should “sing the same song but in a different tune” compared to GPS when fighting for the state’s rights, especially on similar issues such as the MA63.

“Those are the issues we can bring up. If we can clarify that I think we will be on the right track,” said Entri.

See said the party’s presidential council will definitely explore the ideas brought up by Entri and at the same time expose the hypocrisy of GPS leaders who, during Pakatan Harapan (PH) government times were aggressively fighting for Sarawak’s sight on MA63 as well as the state’s rights over its oil and gas resources and continental shelf.

However, after being part of the federal government, GPS seems to be less enthusiastic in pursuing the state’s rights especially in regards to MA63, See added.