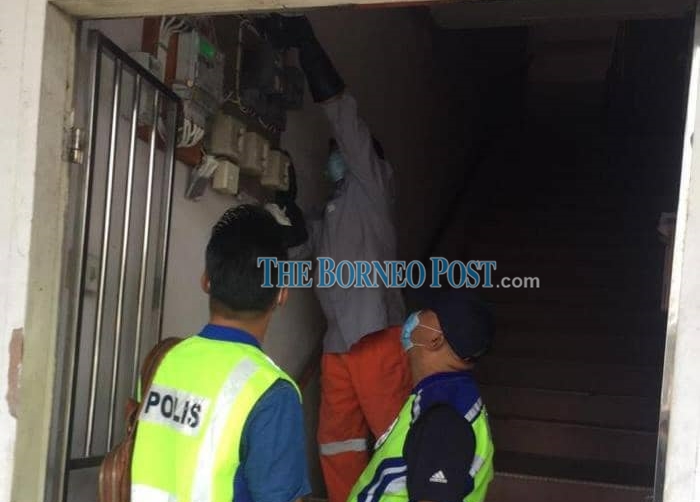 A SEB staff cuts off the power supply to one of the premises.

BINTULU (Sept 3): A total of 20 premises, suspected of being involved in online gambling activities, had their electricity disconnected during an integrated operation conducted by the police and Sarawak Energy Berhad (SEB) yesterday.

The operation was conducted from 10am to 1.30pm, led by two senior police officers from the Bintulu Criminal Investigation Department (CID) and other CID police personnel.

Bintulu police chief Supt Zulkipli Suhaili said most of the premises involved were grocery stores and 24-hour shops in the town area.

He said the operation was carried out under Section 21A of the Common Gaming Houses Act 1953.

Zulkipli said some of the premises failed to produce any valid retail business license which is also an offence under the local authority.

“Police will continue carry out continuous action to curb these illegal activities effectively with the cooperation from other agencies,” he said.