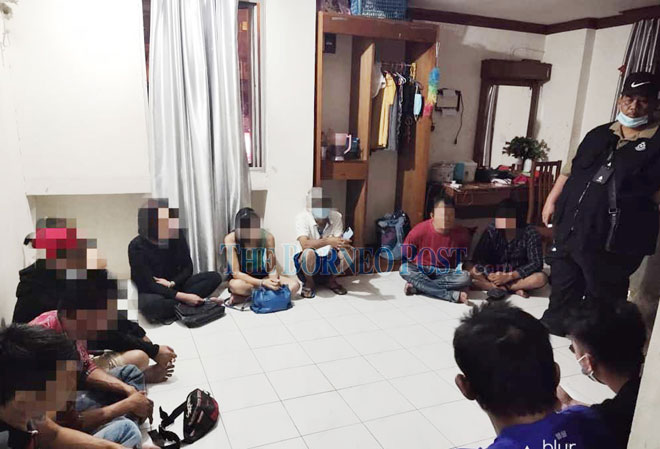 The suspects seen seated on the floor of their budget hotel room following the police raid.

BINTULU: Police busted a suspected drug party at a room of budget hotel here Tuesday night, arresting of 20 individuals and seizing methamphetamine worth over RM1,000.

District police chief Supt Zulkipli Suhaili said those arrested during the 11pm operation comprised 16 men and four women, who are being investigated for possessing and abusing drugs.

“During the inspection, we found seven packets containing substance believed to be syabu weighing 6.34gm and worth about RM1,000, in the possession of one of the suspects – a 31-year-old jobless man.

“Six other male suspects were also found in possession of substance believed to be syabu, weighing between 0.3 and 1.2gm,” he said yesterday.

Zulkipli added that of the 20 individuals arrested, only one tested negative for drugs.