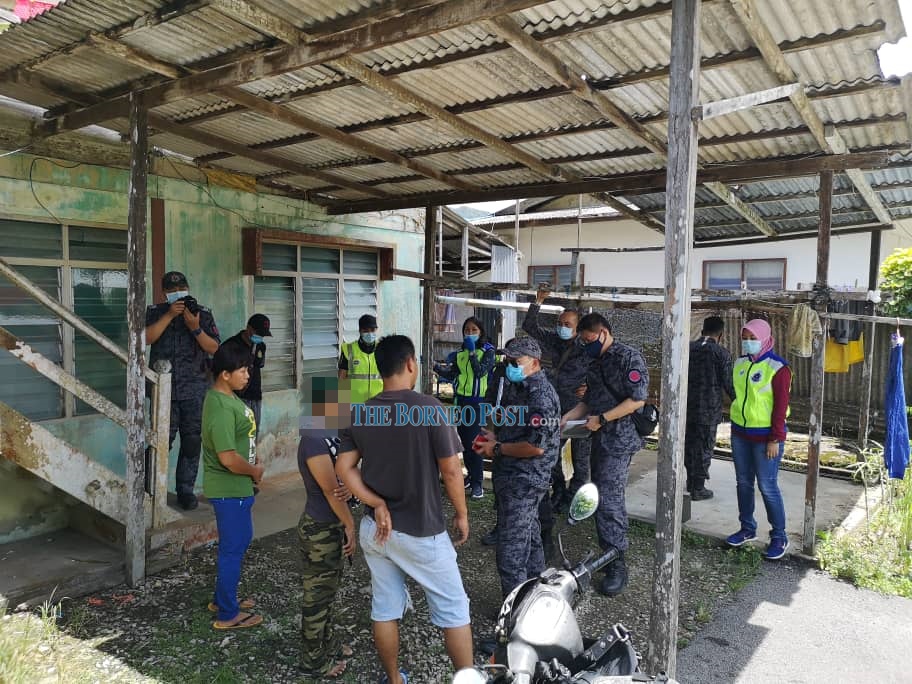 The police alongside the Immigration Department apprehending the suspects during the operation.

KUCHING (Aug 30): A total of five individuals including four Indonesians were apprehended by the police for various offences in separate locations in Bau during the Merdeka Eve Integrated Operations yesterday.

“As a result from this operation conducted by the police alongside the Immigration department, we have apprehended four Indonesians with no valid travel documents.

“They were then handed over to the Immigration for further action and investigation, ” he said in a statement today.

During the integrated operations, he sid the police also apprehended a man suspected of drug abuse.

Early screening tests revealed that the suspect was positive for Amphetamine/Methamphetamine and apprehended under Section (15)(1)(a) Dangerous Drugs Act 1952.

Poge also informed that the police alongside the Customs Department conducted a raid and inspection at a shop premises and found a number of liquors suspected to be untaxed.

“All the items were confiscated and handed over to the Customs Department for follow-up action,” he said.

Meanwhile, he said several traffic summonses were issued on motorists in Bau who committed traffic offences during the operation.

“This operation will be done from time to time with cooperation alongside other agencies. As such, the community in this district are called on to provide their cooperation with the police in curbing crime,” he stressed.