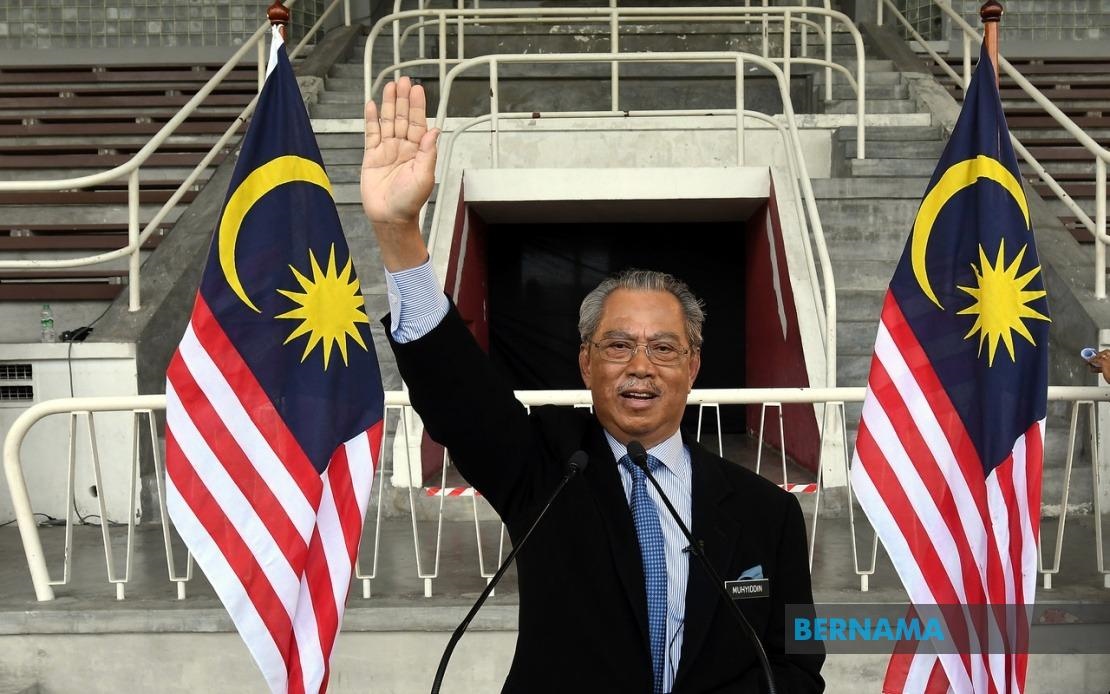 KUALA LUMPUR (Aug 30): The Perikatan Nasional government will make “Prihatin Rakyat” (Caring for the People) as its main guiding principle in championing the fate and prioritising the welfare of the people, said Prime Minister Tan Sri Muhyiddin Yassin.

He said that the principle had already been translated in the hitherto-announced economic stimulus packages.

“InsyaAllah, the principle of Prihatin Rakyat will also be translated under the 2021 Budget and whatever policies, initiatives and economic stimulus packages in the future. Although the government is in a tough situation, the welfare of the people will not be ignored,” he said.

The prime minister explained that a good government must always care about its people, including when facing the Covid-19 pandemic, by providing various forms of assistance for their benefit.

“We provided the Prihatin Nasional Aid, moratorium on bank loan repayments, special assistance facilities for small and medium industries, wage subsidies and other forms of aid worth RM260 billion overall to ease the burden shouldered by the people.

“Besides that, to help revive the economy, the government implemented the RM35 billion National Economic Recovery Plan (PENJANA),” he said.

He pointed out that these steps had now borne fruit as the country’s economic sectors have begun to flourish, with more than 15 million workers returning to work and the unemployment rate experiencing a downward trend from 5.3 per cent in May 2020 to 4.9 per cent in June.

“I am aware that many economic sectors were badly affected by the Covid-19 pandemic and that it will take a little more time to fully recover. But I am confident, if the economic revival trend continues, the country’s economy will recover even faster,” he said.

The prime minister said he was aware that not all the people in the country were fortunate, with some having to do two or three jobs to support their families, while many did not have sufficient savings to continue living should they lose their source of income.

“I am aware of this. That’s why, when the pandemic first hit the country and the economic sectors had to be closed, the first thing the government did was to provide various forms of aid for the people. Alhamdulillah, various assistance was provided to help in any way to ease the people’s burden during the difficult times,” he said.

Muhyiddin said that the Covid-19 pandemic had taught everyone a valuable lesson which resulted in the successful handling of the crisis, thanks to the prihatin (caring) policy that was set and adopted by the frontliners and volunteers as well as the people themselves in complying with the stipulated standard operating procedures (SOPs).

Therefore, in line with this year’s National Day theme of Malaysia Prihatin (Malaysia Cares), Muhyiddin urged everyone to embrace the spirit of independence by always inculcating a deeply caring attitude towards one another.

“Be caring towards our families, friends, neighbours, colleagues and all human beings around us. Be caring also towards our homeland. Preserve its independence, defend its sovereignty, maintain its peace.

“InsyaAllah, our beloved homeland will stay independent, free and sovereign forever,” he said, before wishing all Malaysians a happy 63rd National Day celebration, accompanied by shouts of “Merdeka! Merdeka! Merdeka!”

The prime minister delivered his special address in conjunction with this year’s National Day at the Merdeka Stadium.

“I am standing here today at a very historic site. It was here 63 years ago that the late Tunku Abdul Rahman, Malaysia’s first Prime Minister, proclaimed the declaration of Independence of Malaya,” said Muhyiddin. — Bernama