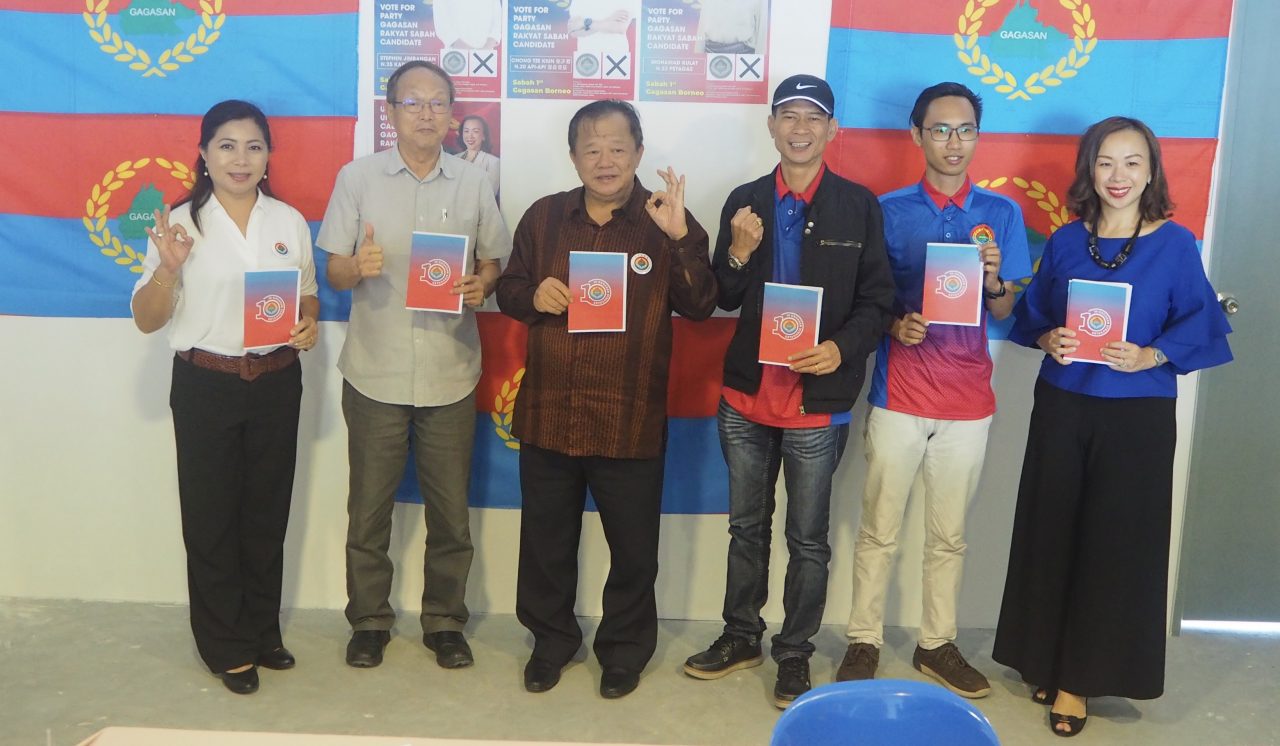 PENAMPANG: Parti Gagasan Rakyat Sabah (PGRS) is confident they have better winning chances because of the quality of their candidates.

PGRS advisor, Datuk Francis Goh, said for example, the party has a better chance of winning in Kapayan because the party’s candidate is a resident of the constituency.

He was also confident of winning Inanam where he is a candidate in the upcoming 16th Sabah General Election because he has been a permanent resident of the constituency since 2004.

He reminded that the other candidates are not living in Inanam and were merely imported from other places.

Goh also reminded the people that most of the parties that are contesting in the upcoming polls are trying to capitalize on the Malaysia Agreement 1963 (MA63) and the matter of autonomy.

However, he said once they won, they never took the power to implement and merely used the issues to garner the support of the people.

Goh stressed that if PGRS wins, it will formulate an alliance with Sarawak ruling political party to speak in one voice to demand Sabah and Sarawak rights as a top priority.

He said this was a golden opportunity for both states and reminded that Sabah and Sarawak could become the kingmaker at the federal level.

“With the alliance in place, Sabah and Sarawak could demand for the return of their rights as enshrined in the MA63.”

He said that the alliance would render its support to the federal party that will agree to the terms.

Goh also mentioned that the Warisan Plus government had failed to realise this.

There are 10 matters in the PGRS manifesto launched yesterday. These include the demand for Sabah to be treated fairly and equally on the distribution of wealth, opportunities and job positions; poverty eradication with the aim of ensuring no Sabahan lives below the poverty line; and the restoration of Sabah’s pride, dignity and respect as the richest state in Malaysia.

Francis mentioned that one of the aims of the party is to introduce more participation of women and youth leaders in the election.

“I am the youngest (candidate to contest in Api-Api),” he said.

Nevertheless, he hoped to be able to be the voice of the people of Api-Api and to serve them to the best of his capacity.

He added that even if he fails this time around because he is a newbie fighting against more known figures, he would continue with his aim to serve the people of Api-Api and build his credentials among them.