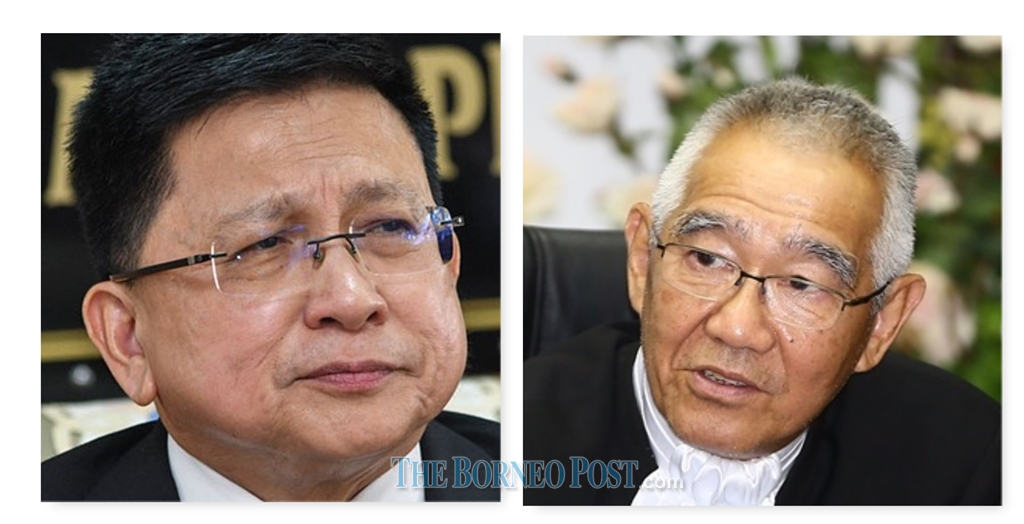 According to court sources, the High Court has not fixed a new date for the hearing of the petitions

However, it was reliably learnt that the hearing was postponed because the presiding judge, Chief Justice of Sabah and Sarawak Datuk Abang Iskandar Abang Hashim, has to firstly hear an intervener application filed by Parti Bumi Kenyalang (PBK) president Voon Lee Shan.

Richard, who retired as Chief Justice of Malaysia in April last year, and Wong, who retired in February this year, are both from Sabah.

When approached at the courthouse for clarification, Voon declined to comment as he said it might be subjudice now that the judge wished to hear his intervener application.

Voon’s application will be heard in the Chief Justice’s chambers on Sept 7, 2020. 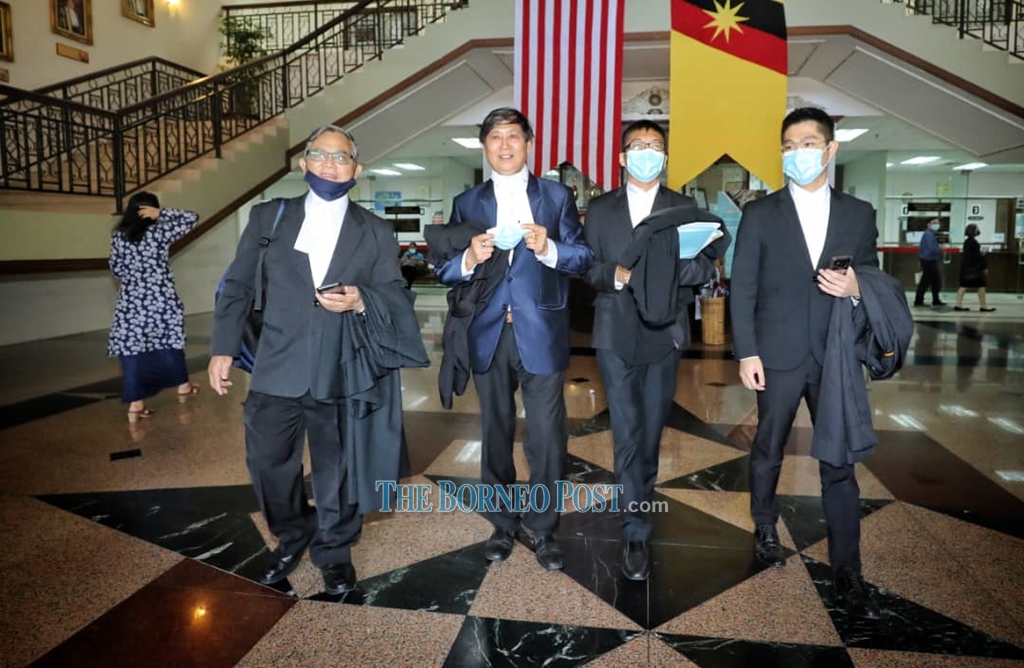 Voon (second left) with his counsels from left, Peli, Tiong Ing Neng and Patrick Voon King Fatt at the Kuching Courthouse in Petra Jaya. – Photo by Chimon Upon

On Wednesday, Voon said he had filed the application because of concerns that if a petition to admit non-Sarawakian as advocates or to practise in Sarawak is approved, it would open the floodgates for other Peninsular Malaysian lawyers to set up offices in the state, thereby defeating the objectives and spirit of the Malaysia Agreement 1963.

Also on Wednesday, Advocates Association of Sarawak (AAS) Kuching branch vice Chairman Liew Tang Chieh said his branch has conveyed its stance to AAS Central Committee that there must be strict compliance of Section 2(2)(a), (b) or (c) of the Advocates Ordinance 1953 for any non Sarawakian to practice as advocate in Sarawak.

The section basically states that only lawyers with Sarawak connection can practice in Sarawak, he said.

Under the law, a person is deemed to have Sarawak connections only if he was born in Sarawak, has been ordinarily resident in Sarawak for a continuous period of five years or
More, or satisfies the Chief Justice that he is, at the time when the question of whether he has Sarawak connections is relevant, domiciled in Sarawak.

Yesterday, Sarawak’s defacto law minister Datuk Sharifah Hasidah Sayeed Aman Ghazali said the state would not compromise on the law affecting non-Sarawakian lawyers who wish to practise in the state.

“We are firm and will not give up any of our rights,” she said.

However, she added that all applications by non-Sarawakians to be admitted as advocates and solicitors in the state would be considered objectively.

She said the authorities would take into consideration all factors including special circumstances and the decision would be left to the Chief Justice of Sabah and Sarawak after having heard all the circumstances.