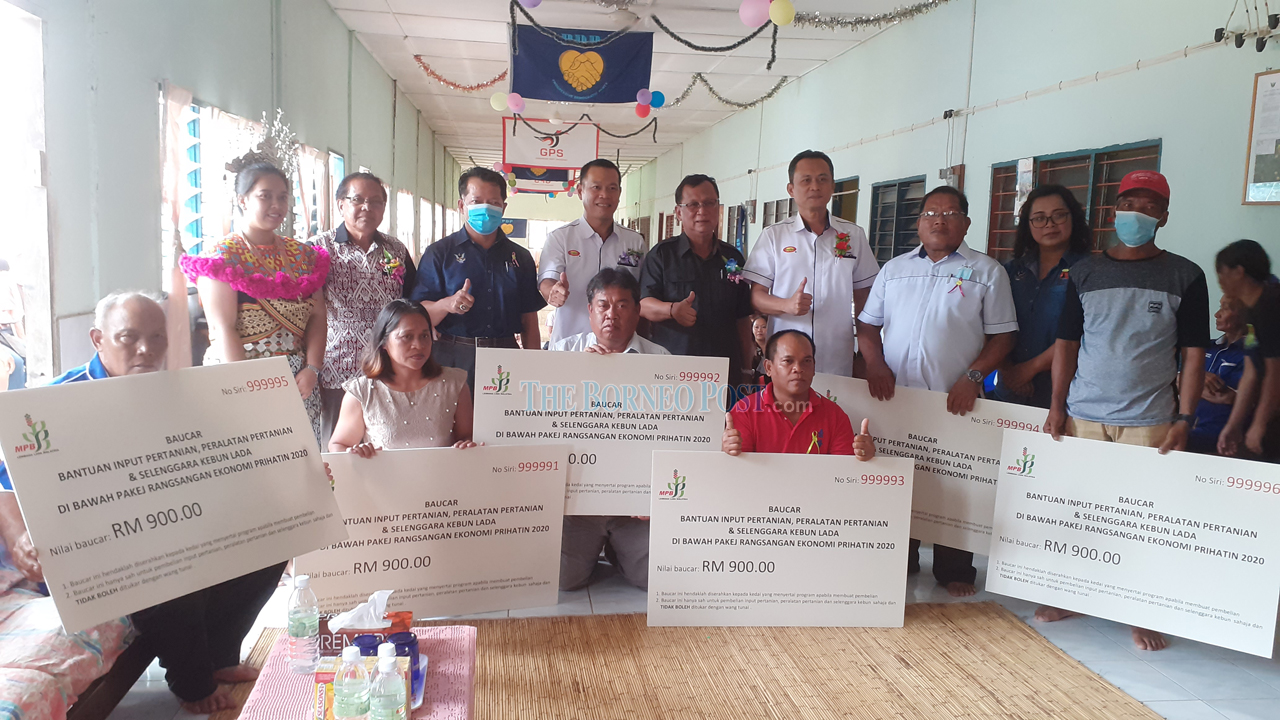 JULAU: Malaysian Pepper Board (MPB) has received an allocation of RM16.11 million from the Ministry of Plantation Industries and Commodities to assist small-scale pepper farmers under Prihatin Economic Stimulus Package 2020.

The assistance known as Bantuan Input Pertanian Kecil Lada enables pepper farmers throughout the country whose income is badly affected by the drop in prices and other problems due to Covid-19 pandemic to maintain their farms.

The assistance is timely and necessary; giving the farmers confidence and encouragement to maintain their pepper farms and lighten their financial burden, said the board’s Sarawak director, Vincent Sawat, during the presentation ceremony at Rumah Guntol, Nanga Bekiok, Merurun near here on Tuesday

About 100 eligible local pepper farmers received the assistance during the ceremony which was officiated at by Meluan assemblyman Rolland Duat.

According to Vincent, a total of 2,290 pepper farmers in Meluan had their applications for assistance approved this year,

Application for the assistance in the form of vouchers is still open till end of this month. If successful, the vouchers will be disbursed in November.

Each farmer is eligible to receive a maximum RM900 worth of voucher to purchase tools, fertilizers, pesticide and weedicide at any of the 54 panel outlets appointed by the board.

Vincent also advised pepper farmers to register with the board for easier process of their application forms and other assistance.

It is believed there are about 5,400 pepper farmers in Meluan.