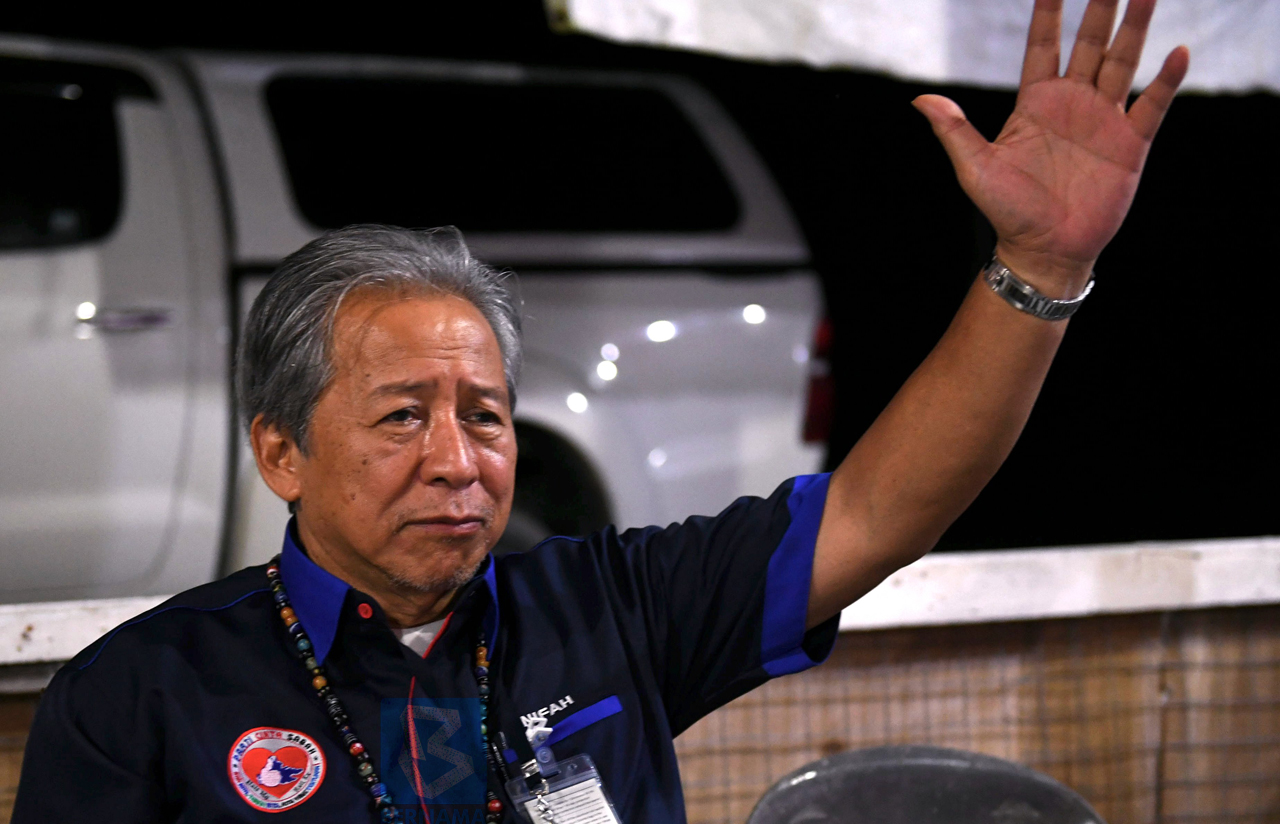 On this score, Parti Cinta Sabah (PCS) has earned the tag of dark horse in the 16th Sabah state election with its message of change.

PCS is a local party led by former foreign minister Datuk Seri Anifah Aman, who is contesting in Bongawan, one of the 73 seats the party is vying for.

When met by Bernama while resting in a dilapidated shop about 11 km from Bongawan town before starting his campaign for the day, Anifah coolly took telephone calls and messages, mostly from the party’s candidates and workers seeking information on the progress of campaigning.

“Our candidates are not (political) frogs. They are a mix of young, experienced and talented professionals who can be trained to serve the people well. They have been campaigning hard. Although new faces, they possess a strong fighting spirit.

“They offered themselves as candidates and couldn’t wait to go into battle; that’s why we are contesting in all 73 seats. I explained to them that politics is different from a game; you have to be serious in fighting for the state and country,” he said.

“You need to be physically and mentally strong. Alhamdulillah, the response (from voters) has been good; although new, they are learning fast,” he said, explaining how PCS candidates had been thoroughly vetted and managed to endear themselves to voters so quickly.

Anifah said PCS candidates preferred to hold dialogues instead of ceramah making all sorts of empty promises, stressing that the party’s mission is to improve education, skills, infrastructure development, women’s and youth welfare, apart from protecting Sabah’s sovereignty and rights under the Malaysia Agreement 1963 (MA63).

Anifah, a Philosophy, Economics and Law graduate of the University of Buckingham, the United Kingdom, said PCS offers the people of Sabah a new chance to change their fate, compared to the dominant and well-known parties that are the talk of the town now.

“Our party is just one and a half months old (Anifah recently took over the party). We have to face the federal and state governments, and initially many did not take us seriously because we are new but now support has increased.

“We can promise the people their future. We can’t do much now because we are not the government, but it’s important to give Sabahans a better tomorrow,” he added.

Sabah political analyst Dr Syahruddin Awg Ahmad said PCS appeared to be determined in its mission but it would need the cooperation of the federal government to realise its objectives.

If PCS could not show that its proposition was different from what Warisan was capable of, voters can make another choice when casting their ballots, he said.

The Universiti Malaysia Sabah senior lecturer of Humanities, Arts and Heritage Faculty said although PCS lost in all the 18 state and eight parliamentary seats it contested in the 14th general election, the political situation now is totally different.

“This time it’s very different because of state-federal sentiment, illegal immigrants, Philippines’ claims, COVID-19 and most importantly, the intense competition among local parties,” he said, adding that the Sabah people have different hopes and expectations on the government that would be elected this time.

These include forging a balanced federal-state cooperation, a more assertive state that can fight for Sabah rights in practical ways, and Sabah-federal cooperation to be determined by a special mechanism like council or institute that can ensure a win-win situation.

“PCS has adopted the third approach which to me is moderate and acceptable to most Sabahans and is in line with the core of Gabugan Rakyat Sabah as said by Prime Minister Tan Sri Muhyiddin Yassin recently.

“As such, PCS can seize several if not all seats being contested by incumbents and win seats featuring new faces. In fact, PCS can spring surprises in several seats involving clashes among Parti Bersatu Sabah, Perikatan Nasional and Barisan Nasional because of splitting of votes.

“PCS is also capable of creating upsets in areas where voters want to move from Warisan Plus to other parties because of local issues and the fact that Warisan is an opposition government (to federal),” he said.

A total of 1.12 million voters will go to the polls on Saturday, which involve multi-cornered contests in all the 73 seats up for grabs.

The election was called after Chief Minister Datuk Seri Mohd Shafie Apdal announced the dissolution of the State Legislative Assembly on July 30, a day after his predecessor Tan Sri Musa Aman claimed to have garnered enough support from state assemblymen to oust the state government. – Bernama