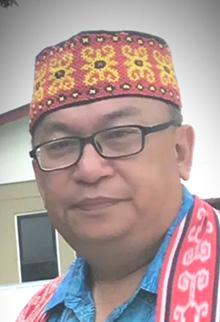 KUCHING: Parti Bansa Dayak Sarawak Baru (PBDSB) has been reinstated by the Home Affairs Ministry after waiting more than a year for the decision on its appeal against its deregistration.

PBDSB president Bobby William, when contacted yesterday, said they had just received the letter on the party’s reinstatement, which was dated Aug 6.

In expressing his gratitude to the Registrar of Societies (RoS) and the ministry, he said the party’s supreme council would convene soon to decide on their next course of action.

“With PBDSB now reinstated, we will still maintain our collaboration with Gasak, especially in facing the next state election,” said Bobby, referring to the Gabungan Anak Sarawak – an alliance in which the party is part of, along with Sarawak People’s Aspiration Party, Sarawak Workers Party, Sarawak
for Sarawakians, and Sarawak Independence Alliance.

He added that PBDSB’s role would be to provide a vehicle for like-minded members of the public to focus on their political struggles and to fight for their rights and interests and also that of the Dayak community.

PBDSB was deregistered in June last year for failing to submit their annual returns from 2014 to 2017.

The party, which is an offshoot of the now-defunct Parti Bansa Dayak Sarawak (PBDS), was registered on Aug 28, 2013.