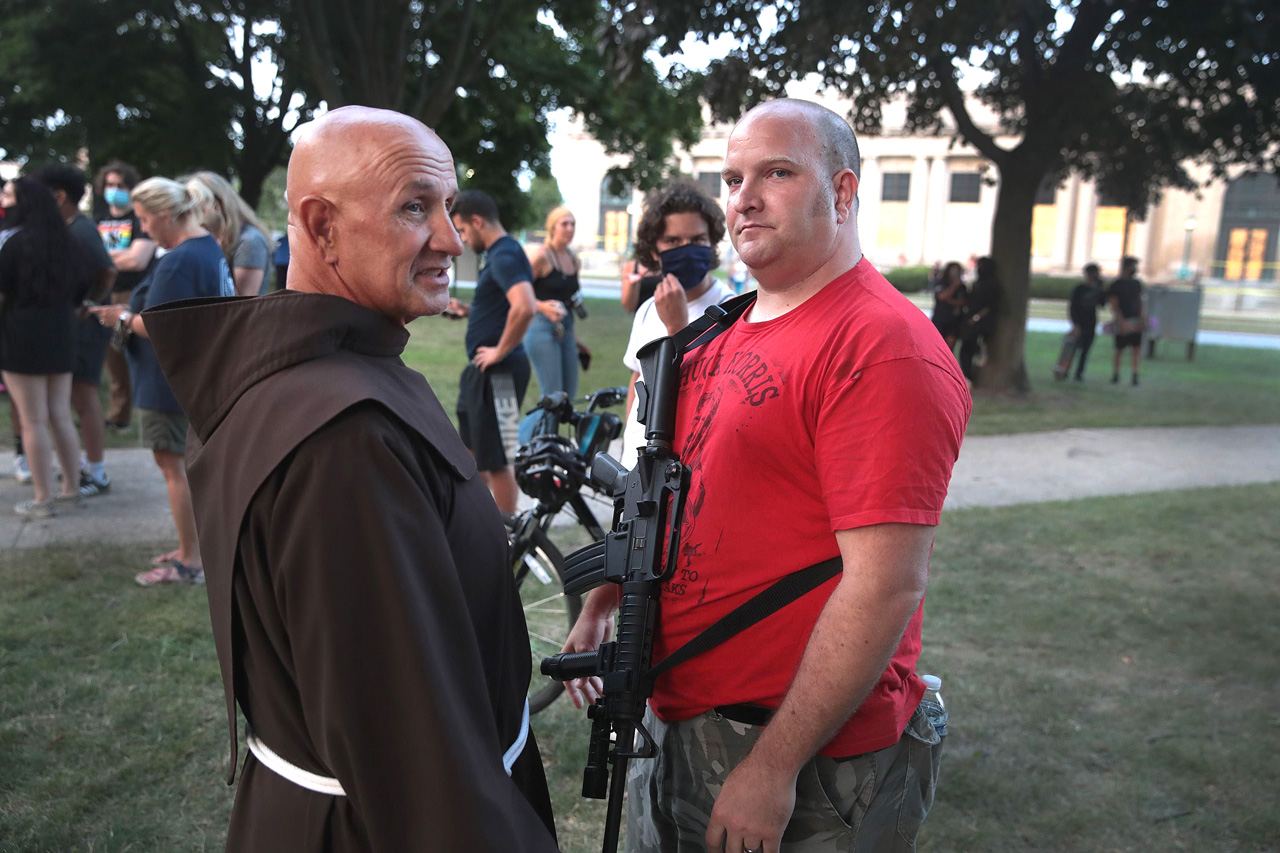 Residents confront protesters near the Kenosha County Courthouse during a third night of unrest in Kenosha, Wisconsin. — AFP photo

KENOSHA: One person was shot dead and another two were injured in the US city of Kenosha on Tuesday night, according to media reports, as groups clashed during protests over the police shooting of a black man.

Footage posted online showed people running through the streets of Kenosha, Wisconsin, as gunshots rang out, while videos showed wounded men lying on the ground.

“Three people had been shot, and one was killed,” Sheriff David Beth of Kenosha County said, according to the New York Times.

The violence occurred as hundreds of protesters marched for a third night in anger after Jacob Blake was seen in video being shot up to seven times at point-blank range by a white Kenosha police officer on Sunday.

Blake was trying to get into his car, with his three children inside, when he was shot.

At least one small group of mainly white, heavily armed men was in the city on Tuesday night vowing to protect property.

The New York Times reported police were investigating whether the Tuesday night’s shooting ‘stemmed from a conflict between self-styled militias guarding a gas station and demonstrators’.

Clashes between a group of demonstrators and police had broken out earlier, with protesters shooting fireworks at law enforcement officers who responded with rubber bullets.

One video, verified by AFP and taken by photographer Alex Lourie, showed a man sitting on the ground bleeding heavily from a gunshot wound to his arm as law enforcement vehicles approached him with officers shouting: “Back it up” to onlookers.

The injured man was helped to his feet by the officers.

Another showed footage of a man, who appeared to be carrying a rifle, falling to the ground before several gunshots could be heard as people fled from the scene telling one another to take cover.

An AFP reporter saw several civilians carrying weapons on Tuesday night, and little police presence in the city aside from the courthouse which was being guarded by the Kenosha County sheriff. —AFP