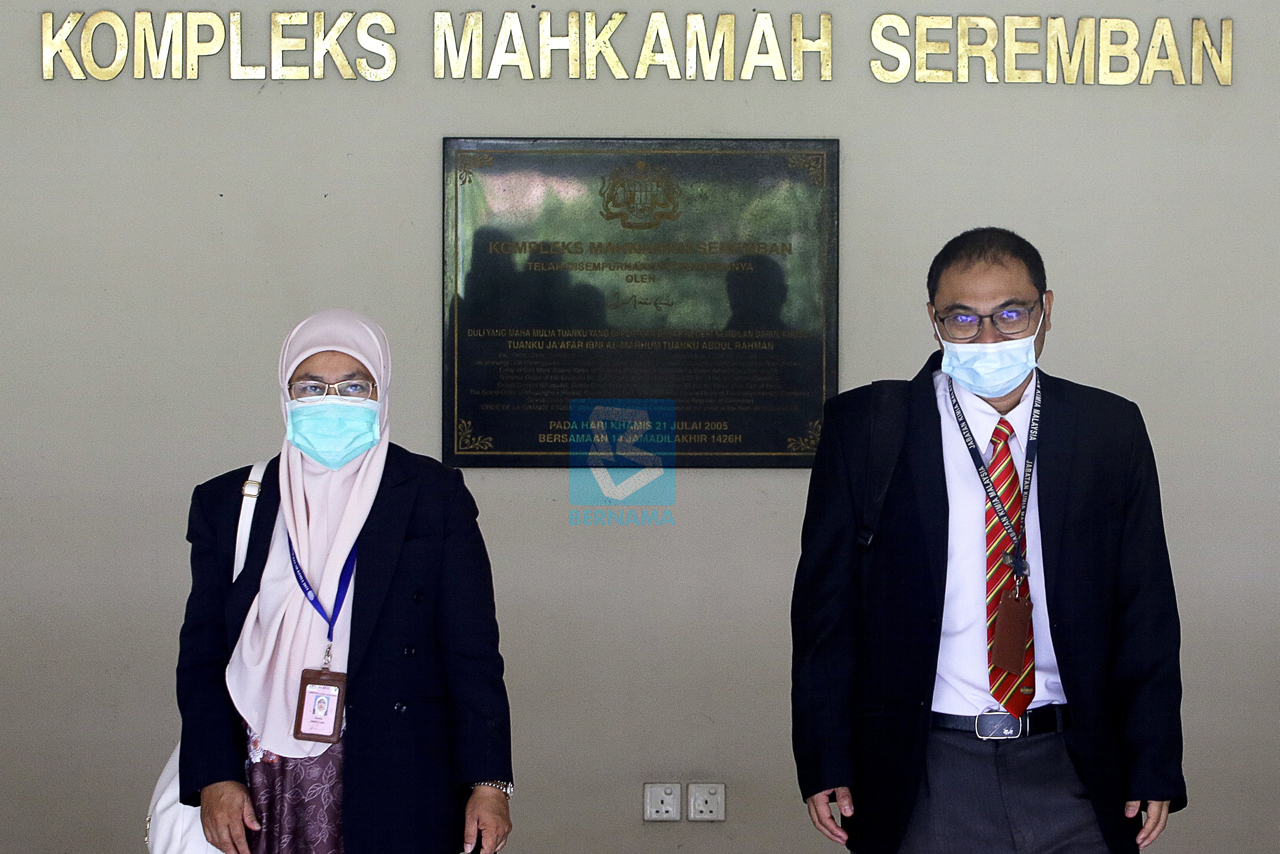 Suhana (left) and Saiful after the proceeding. — Bernama photo

SEREMBAN: A chemist told the Coroner’s Court here yesterday that the drug analysis conducted on the three specimens obtained from the body of  Franco-Irish teenager Nora Anne Quoirin, including her liver, on Aug 19 last year, found no trace of common drugs.

Suhana Ismail, 52, who works at the Toxicology Division, Centre of Analysis for Forensic Science, Department of Chemistry said she also performed a pesticide analysis — organophosphate and organochlorine — on the three specimens on the same date and also did not find any traces of pesticide.

“Apart from the analysis on the liver specimen labelled ‘Nora Anne Quoirin’, I also conducted tests on two other specimen — peritoneal fluid from the abdomen and psoas muscle found in the hips or buttocks.

“The organophosphate and organochlorine pesticides are commonly used in the agricultural industry,” Suhana, the seventh witness in Nora Anne’s inquest proceedings to determine the cause of death of the teenager, said in response to a question from deputy public prosecutor Nur’Atiqah Sapari, who is also the inquest coordinating officer, in yesterday’s proceeding before Coroner Maimoonah Aid.

To a question from the Coroner on why she had only conducted analysis on drugs and pesticides, Suhana said this was because the toxicology division only analyses these two substances.

Suhana: It includes drugs that can be obtained over the counter such as paracetamol-type drugs prescribed by doctors or drugs abused by the public such as ecstasy and cannabis.

Maimoonah: How long does it take for a person who consistently take medication (containing drugs) and another person who takes the medication on and off to retain the drug in the body?

Suhana:  Depends on the metabolic rate of an individual’s body and the life span of the drug to survive in a person’s body.

Another chemist, Saiful Fazamil Mohd Ali told the inquest proceedings that an analysis was done on two soil samples obtained underneath Nora Anne’s body and from the vicinity where the body was found.

He said both samples were most likely from the same source.

“I did an analysis by looking at the soil characteristics and comparing both the samples. I believe that both are likely from the same source based on the similar density distribution with each other,” he testified.

Asked by Coroner Maimoonah on why it was ‘likely’, the eighth witness explained that the Chemistry Department does not have nationwide land density data and the analysis was only conducted based on the two soil samples received from the police on Aug 16, 2019.

Nora Anne, 15, went missing on Aug 4 last year, a day after she and her family arrived in Malaysia for a two-week holiday at a resort in Pantai here, about 60km south of Kuala Lumpur

On Aug 13, 10 days after she went missing, her body was found near a creek in a ravine, about 2.5km from the resort where she and her family stayed, following a massive search.

Preliminary surgical reports stated that the death of the teenager, who was a person with a disability, had no criminal element, and the teenager was confirmed to have died from gastrointestinal bleeding due to prolonged hunger and stress. — Bernama