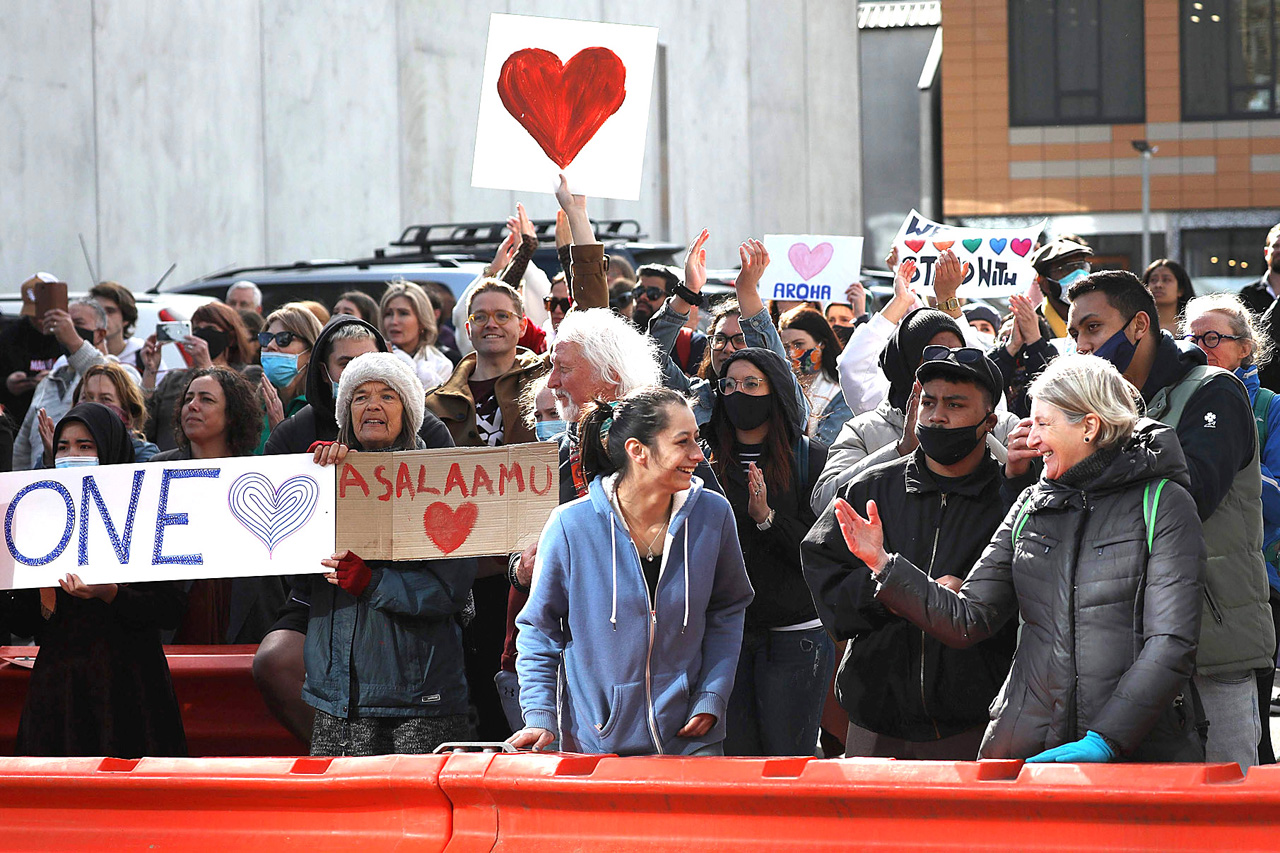 Members of the public celebrate outside the High Court after the conclusion of the sentencing hearing for Tarrant in Christchurch. — AFP photo

CHRISTCHURCH, New Zealand: Muslims and non-Muslims cheered and sang together outside a New Zealand court yesterday as the white supremacist who unleashed carnage at two mosques was jailed for life, with one survivor saying he will be able to sleep at night again.

“What we have seen today is the justice that we hoped (for),” said Gamal Fouda, imam of Christchurch’s Al Noor mosque, as well-wishers handed flowers to the survivors and bereaved family members emerging from the Christchurch High Court. 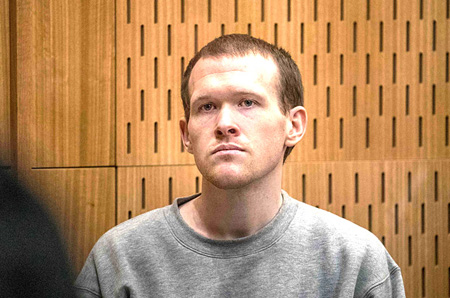 Australian Brenton Tarrant, 29, began his killing spree at Al Noor before moving to a second mosque in suburban Linwood while Muslims were at Friday prayers on March 15 last year.

He murdered 51 people that day, and at the end of a four-day hearing, he became the first person in New Zealand to be sentenced to life imprisonment without parole.

Afghan refugee Taj Kamran, who was shot several times in the leg and still requires walking aids, leaned against a fence as he raised his arms in joy.

“Tonight I will be able to sleep,” he said.

“I could not sleep after the shooting, I cried a lot.”

Despite the sentence, the strictest possible under New Zealand law, Fouda said the loss inflicted by Tarrant was irreversible.

“No punishment is going to bring our loved ones back and our sadness will continue for the rest of our lives,” he said.

Some survivors and family members of victims described feeling relief, and the hope for some closure.

And Haminah Tuyan, whose husband was killed by Tarrant, said she was ‘relieved and at peace’ and was going home to pray.

“In our religion, after something like this we put our forehead on the ground and on the floor and we thank Allah profusely,” she added.

Hazim Al-Umari, father of 35-year-old Hussein who was shot dead while trying to protect others, said the life sentence was what he wanted.

“I am happy, happy for us. Hussein was brave, we know from the eyewitnesses and from the video that he tried to do something to protect the worshippers. He could have run away but he didn’t,” he said.

“It doesn’t bring our son back but it ends this chapter.”

The crowd of supporters outside the court was organised by Christchurch’s Student Volunteer Army, which was founded as a community help organisation following the devastating 2011 earthquakes in the city that killed 185 people.

Its chief executive Sam Johnson said they wanted to ‘do something nice’ for the Muslim community.

“You can see all New Zealanders here and many people supporting us and that is what makes us stronger and stronger,” said Ahmede Yesuf, who was wounded at Al Noor.

“The sentence is the strictest that can be handed down in this country,” Coster said.

But he deflected a question about whether there could be other potential terrorists in the community who, like
Tarrant, had no criminal record and were not on any intelligence watchlist.

Coster said the official inquiry into the massacre was yet to be completed “and obviously there might be some findings and learnings from that and we’re ready to receive any recommendations. We continue to work as vigilantly as we can.” — AFP