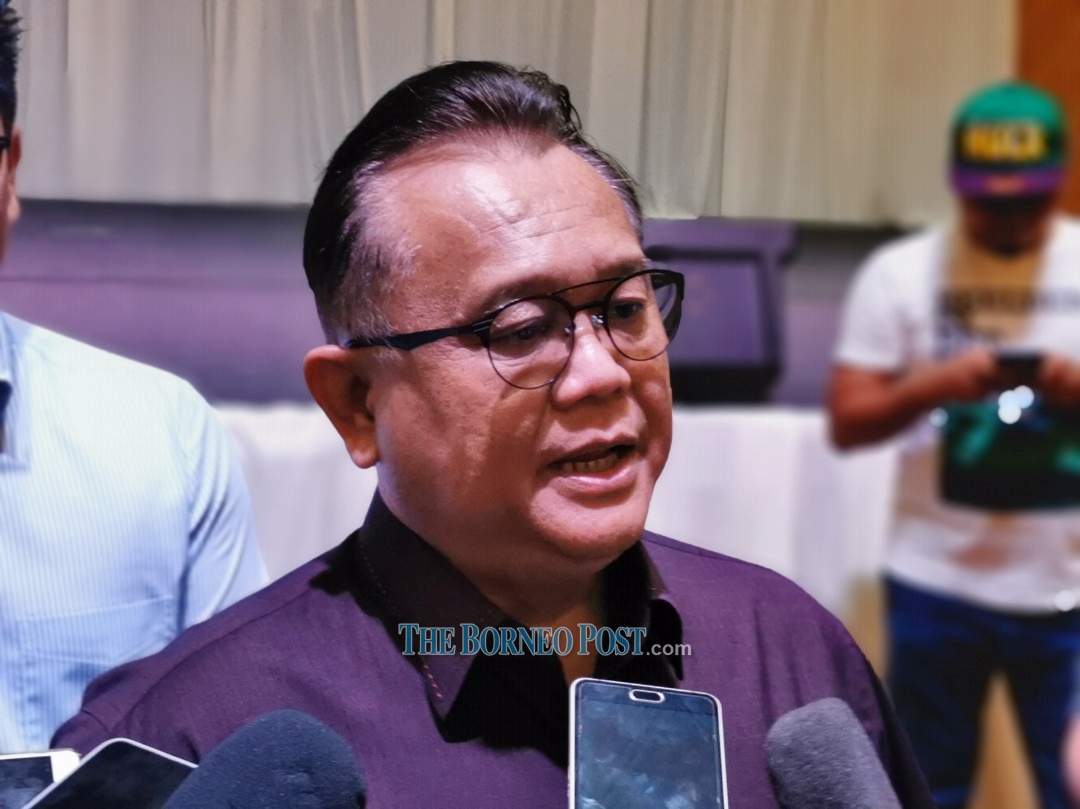 Nanta speaking to reporters after hosting a Hi-Tea with the Media at Hotel Waterfront here on Saturday. Photo by Roystein Emmor.

KUCHING (Sept 12): Gabungan Parti Sarawak (GPS) is still weighing out its candidates for all the seats it will be contesting in in the next state election, said the coalition’s secretary general Datuk Alexander Nanta Linggi.

“We are weighing it out. But don’t forget we are going in as GPS – as one party. The component will sit down together and agree with each other, and we will use one common logo that is the GPS logo,” he told reporters after hosting a Hi-Tea with the Media at Hotel Waterfront here this afternoon.

He was also asked if there have been any overlapping seat claims within GPS, namely the Mambong state seat.

Although there has been a rumor saying that Dr Jerip might be defending that seat, SUPP in a statement last month insisted that it will not budge from contesting in Mambong come the next state election.

“At the moment nobody knows if they are the candidate or not. Assuming he’s a candidate, of course he will be using the GPS logo. GPS members will use the GPS logo. We cannot use individual party logos.

“We are going in as GPS. Even PNN candidates standing in their respective areas also will be using the GPS logo,” said Nanta.

He said, however, that GPS component parties will be meeting from time to time to discuss if there are any overlapping seat claims, to meet an amicable solution.

“There are some talks but meetings among members or leaders of component parties have been consistent. We talked, and it is an ongoing process,” said Nanta.