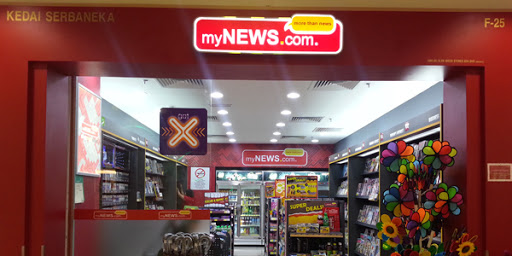 MyNews’ earnings performance will start to recover in the upcoming quarter as the fullblown impact of the MCO has passed.

KUCHING: Analysts were not surprisedby MyNews Holdings Bhd’s (MyNews) results for its first nine months of financial year 2020 (9MFY20) plunging into the red with core loss of RM4.1 million compared to core profit of RM23.7 million in 9MFY19 due to lower-than-expected sales and gross margin.

YoY, 9MFY20 plunged into the red with core loss of RM4.1m compared to core profit of RM23.7 million in 9MFY19 affected by the temporary closures of 30 per cent of outlets at selected locations in 1HFY20 and decrease in daily sales at outlets, impacted by the movement control order (MCO) imposed and extended until December 31, 2020.

This was worsened by the higher food processing centre (FPC) operating costs which recorded a loss of RM8 million affected by the fluctuation in sales.

The team at Kenanga Investment Bank Bhd (Kenanga Research) saw that MyNews’ gross profit margin contracted by 2.7 percentage points (ppt) to 33 per cent from 35.7 in 9MFY19 due to change in the sales mix to lower-margin products, and price discounts offered to promote and drive the sales of in-house ready-to-eat (RTE) food.

“Note that the slower decline in sales (minus four per cent) was supported by higher stores base of 531 stores compared to 472 stores for the same period last year,” it said in its notes.

To note, the FPC halted production for six weeks from May 1, 2020 to June 14, 2020 which resulted in a small saving in operating costs. This action was deemed necessary as the uncertain and fluid market environment caused erratic and huge fluctuation in day-to-day sales which made the production planning difficult and products wastages high.

“The FPC is currently running below 50 per cent capacity and recorded net loss of RM8 million in 9MFY20 and we expect the losses to expand during this outbreak due to low demand for premium fresh food selections,” it continued.

In view of the uncertainties in the economic landscape due to the pandemic, MyNews is taking a cautious approach in moving forward with continuous efforts placed to increase efficiencies and optimise costs and aligning its business strategies to the “new normal”, repositioning itself to stay competitive and agile in facing the uncertainties.

On a more positive note, AmInvestment Bank Bhd (AmInvestment Bank) opines that MyNews’ earnings performance will start to recover in the upcoming quarter as the fullblown impact of the MCO has passed.

“Although Mynews had 59 more stores (531 stores) compared with the 472 outlets in 3QFY19, its 3QFY20 revenue fell 15 per cent y-o-y to RM110.1mil. This is because some of its outlets were temporarily shuttered and there was also a drop in daily sales during the MCO.

“The utilisation rate of its FPC was 25 per cent at the end of June 2020 and we think that it will be challenging for the group to reach its breakeven point of 70 per cent with the ongoing pandemic,” it continued.

The FPC resumed production mid-June 2020 which should improve the group’s sales mix with the high-margin RTE offerings back on the shelves. We think that demand will creep back up following the easing of the MCO with the return of footfall albeit at a slower pace as the recovery MCO (RMCO) was extended until the end of the year.

“We estimate FY21F profit after tax, amortisation and minority interest of RM19.6 million following a recovery in sales assuming that the Covid-19 situation gradually improves.

“The group’s earnings performance will be dragged by its FPC as we think that the gestational costs will remain for at least the next two years.”