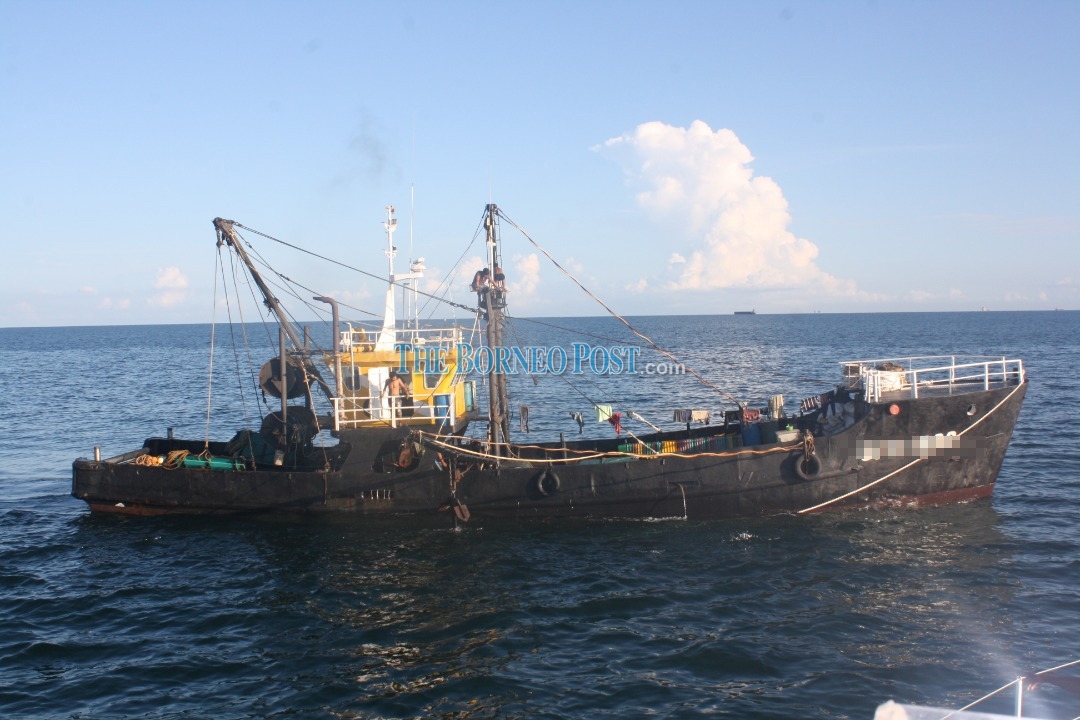 One of the fishing vessels that was detained by the MMEA in Miri yesterday.

KUCHING: The Malaysian Maritime Enforcement Agency (MMEA) has detained two local Class C fishing vessels when they were found to be violating the Fisheries Act 1985 in Miri yesterday.

MMEA Miri director Captain Md Fauzi Othman in a statement said the first vessel was detained when one out of the five Indonesian crew did not possess a valid document from the Malaysian fisheries department.

“The vessel was found by MMEA some 4.0 nautical miles off Sungai Miri around 8am during the ‘Op Naga Timur’ operation yesterday,” said Fauzi.

The Indonesian crew, he said, is aged between 35 and 53-years-old.

He revealed that the second local fishing vessel was detained at around 9am on the same day near Sibuti under ‘Ops Permai’ and ‘Ops Benteng’.

Found aboard the vessel were the captain and four Vietnamese crew members aged between 34 and 47-years-old.

“Upon inspection, the captain failed to provide MMEA personnel with a valid fishing license while the vessel itself is not permitted to employ foreigners as her crew,” he said.

Both fishing vessels are currently at the Pulau Melayu Miri jetty for further action.

Meanwhile, the crew members from both vessels have also undergone a Covid-19 swab test performed by personnel from the Ministry of Health.