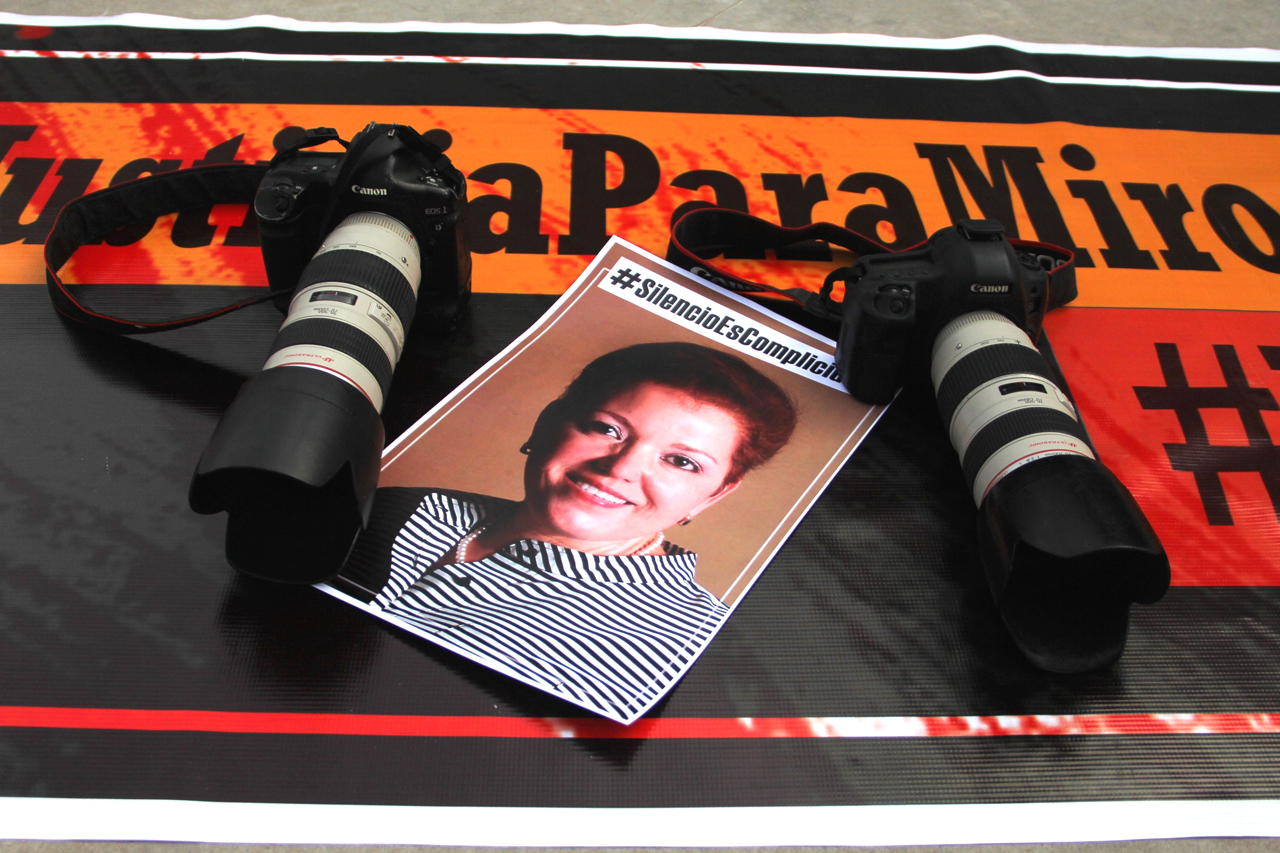 A photo of Breach is seen next to cameras during a demonstration of her colleagues on the second anniversary of her murder. — AFP file photo

MEXICO CITY: A Mexican judge has sentenced the man convicted of ordering the 2017 murder of prominent journalist Miroslava Breach to 50 years imprisonment, a singular judgement in one of the deadliest countries globally for media.

The sentence of Juan Carlos Moreno, also known as ‘El Larry,’ was announced by the state prosecutor’s office Saturday.

He had been convicted of being the ‘intellectual author’ of Breach’s murder, one of the few such media killings to be solved in the country.

Mexico is regularly rated by journalism watchdog Reporters Without Borders as one of the most dangerous countries in the world for journalists.

Breach, who covered the country’s drug war, was one of 11 journalists murdered in 2017. More than 100 have killed since 2000, but 90 per cent of the murders remain unresolved.

Prosecutors said in a statement that the 50-year sentence set a precedent in cases involving crimes against free expression, adding it was the longest sentence to date for such crimes.

Propuesta Civica, a non-governmental organization that advocates for human rights and free expression, said Moreno’s sentence “represents an important precedent in the fight against impunity for crimes against journalists in this, the most violent country for the press.”

But the organization called for further investigations of others involved in Breach’s murder, as well as an inquiry into the ‘possible involvement of officials of the current government of Chihuahua.’

Breach, a 54-year-old veteran crime and politics reporter for the newspapers La Jornada and Norte de Juarez, was found dead inside her car with gunshot wounds to the head on March 23, 2017 in Chihuahua state.

One of her last stories was on a war between two rival capos in the Juarez drug cartel.

Prosecutors said she was murdered ‘with premeditation’ after being sent intimidating messages meant to impinge on her freedom of expression.

Ramon Zavala, wanted for allegedly being the gunman who actually shot Breach, was himself killed in late 2017 by unidentified assailants.

In 2018 the United Nations and AFP launched an award to honour journalists who risk their lives to cover human rights abuses in Mexico, in tribute to Breach and another slain journalist, Javier Valdez. — AFP

A photo of Breach is seen next to cameras during a demonstration of her colleagues on the second anniversary of her murder. — AFP file photo