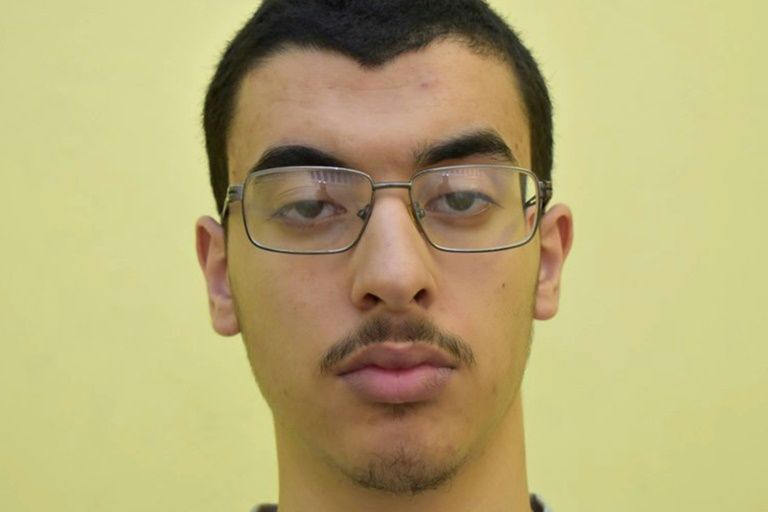 Abedi was in Libya when the attack took place but helped his brother plan it. AFP Photo

The brother of a suicide bomber who killed 22 people at an Ariana Grande concert in the British city of Manchester was on Thursday jailed for life for playing an “integral part” in the attack.

Hashem Abedi, 23, was convicted of murder, attempted murder and conspiring to cause explosions at a trial that ended in March, after one of the worst terror attacks on British soil.

The Islamic State group-inspired bombing, carried out by his 22-year-old brother Salman, detonated among crowds of mostly young people leaving the concert at the Manchester Arena.

The youngest victim was aged just eight. Others included parents who had come to pick up their children.

Prime Minister Boris Johnson called the attack in northwestern England a “horrifying and cowardly act of violence which targeted children and families”.

“Those who were taken from us will never be forgotten, nor will the spirit of the people of Manchester who came together to send a clear message to the entire world that terrorists will never prevail,” he added in a statement.

In court, judge Jeremy Baker said Abedi would spend a minimum of 55 years in prison for playing an “integral part” in the preparation of the pre-mediated attack.

The trial heard he was in Libya when the attack took place on May 22, 2017 but helped his brother plan it for several weeks, including by obtaining chemicals for the homemade bomb.

“The defendant and his brother were equally culpable for the deaths and injuries caused,” he said.

“The stark reality is that these were atrocious crimes, large in their scale, deadly in their intent, and appalling in their consequences.

“The despair and desolation of the bereaved families has been palpable,” he added, paying tribute to the “tremendous dignity and courage” of the victims and their families.

The judge said the motivation for the attack, and its targets, would be “abhorrent” to most followers of Islam.

But he said Abedi could not be given a whole-life term — ensuring he would never be released — because he was aged under 21 at the time of the offences.

The almost three years that Abedi has already spent in custody would count towards the sentence until he was eligible for parole.

But he added: “He may never be released.”

Family members of some of the victims and survivors were in court for the sentencing, while others followed proceedings via videolink in Manchester, Leeds, Newcastle and Glasgow.

Among them were Lisa Rutherford, who said her “heart snapped” when she heard that her 17-year-old daughter Chloe had been killed alongside her boyfriend, 19-year-old Liam Curry.

“As a family we need answers, we are destroyed,” she told the court in tears.

Curry’s mother Caroline held up a photo of her son and in remarks directed at the absent Abedi, said: “You took his future, my future, my family’s future.

“All we have now is heartbreak and dreams of ‘what if?’”

The mother of Martyn Hett, another of the victims, welcomed the sentence. “Hashem Abedi has now faced justice for his crimes,” Figen Murray said in a statement.

“He has deeply affected our lives and although we will never have time back with those we lost, we can now put this trial behind us and try to move forwards.”

“I can only hope it (the sentence) brings some small measure of comfort… that Abedi will spend the vast majority of the rest of his life behind bars — where he belongs,” he added.

A public inquiry into the attack is due to start in Manchester in the coming days. – AFP