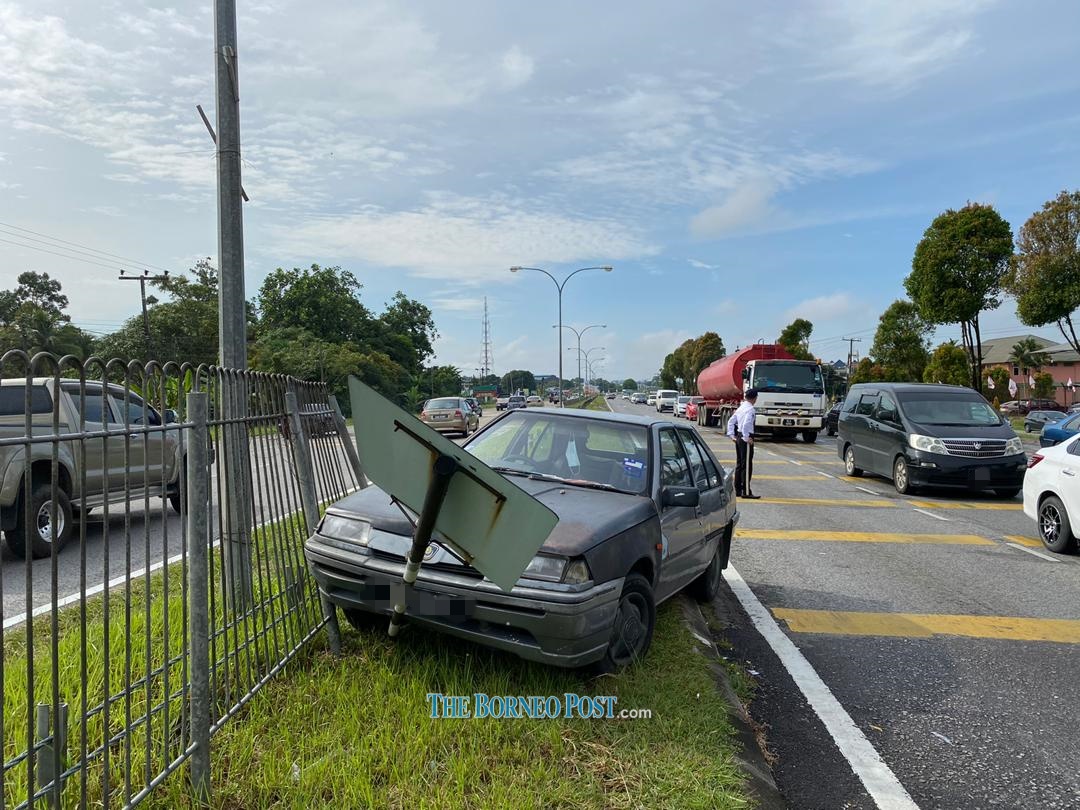 The car belonging to the deceased after the self-accident.

KUCHING (Aug 24): A 46-year-old man was believed to have suffered from cardiac arrest after being involved in an accident at Siburan, Mile 17, Jalan Kuching-Serian earlier this morning.

The deceased was confirmed to have died on the spot by paramedics from the Siburan Health Clinic.

“The accident occured when the car driven by the deceased from Mile 24, Jalan Kuching-Serian, heading towards Kuching, lost control and crashed into the right side dividers.

“He did not sustain any injuries and it is believed that he had suffered a cardiac arrest,” he said in a statement today.

Alexson said that the case is being investigated under Section 41(1) of the Road Transport Act 1987.

He added that police had visited the site of the accident and the deceased’s car had been brought to the Padawan district police headquarters for Puspakom inspection.