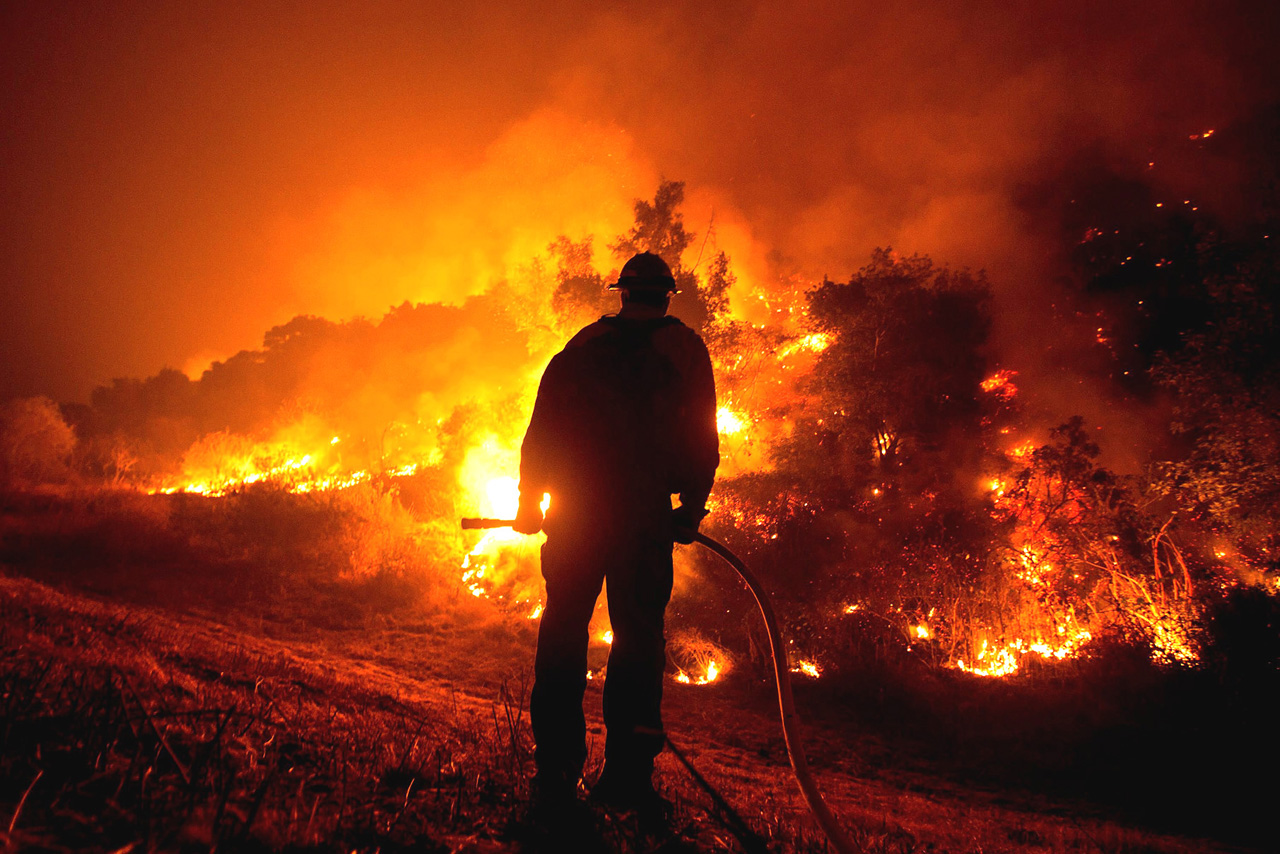 LOS ANGELES: A major fire that has been raging outside Los Angeles for more than a week threatened to engulf a historic observatory and billion-dollar broadcast towers on Tuesday as firefighters struggled to contain the flames.

The so-called Bobcat Fire was within 150 metres from the 116-year-old Mount Wilson Observatory, the US Forest Service said in a tweet, while fire officials said crews were in place ‘ready to receive the fire’.

Officials at the observatory said in a tweet late Monday that all personnel had been evacuated as the fire was ‘knocking on our door’.

Firefighters battling the blaze had made slight headway in recent days in trying to control the flames that erupted Sept 6, but containment shrank from six per cent to three per cent Tuesday, according to the Angeles National Forest.

“They are in a firefight right now, because it is so close,” LA County Fire Captain David Dantic told the Los Angeles Times, referring to crews positioned at Mount Wilson.

He said the fire, located about 25 kilometres northeast of downtown Los Angeles, had grown to more than 16,200 hectares.

“Before, we had 6 per cent containment when it was about 30,000 acres, but now the fire has gotten bigger. It’s a bigger footprint. That’s why the containment is down.”

Many communities threatened by the flames have been ordered to stand ready to evacuate while some 80 historic cabins located within Los Angles Forest were feared destroyed, officials said.

The blaze is among 27 fires currently burning in the state that have killed more than 20 people since many of them erupted mid-August.

Other major blazes have also wreaked death and destruction in the neighboring state of Oregon and in Washington state, further to the north.

The fires have charred more than two million hectares, an area roughly the size of the state of New Jersey.

The smoke from the fires has left several cities — Portland, Los Angeles, San Francisco — along the West Coast facing some of the world’s worst air quality.

Intense smoke from the wildfires has even reached the East Coast and Europe, according to the National Weather Service. — AFP