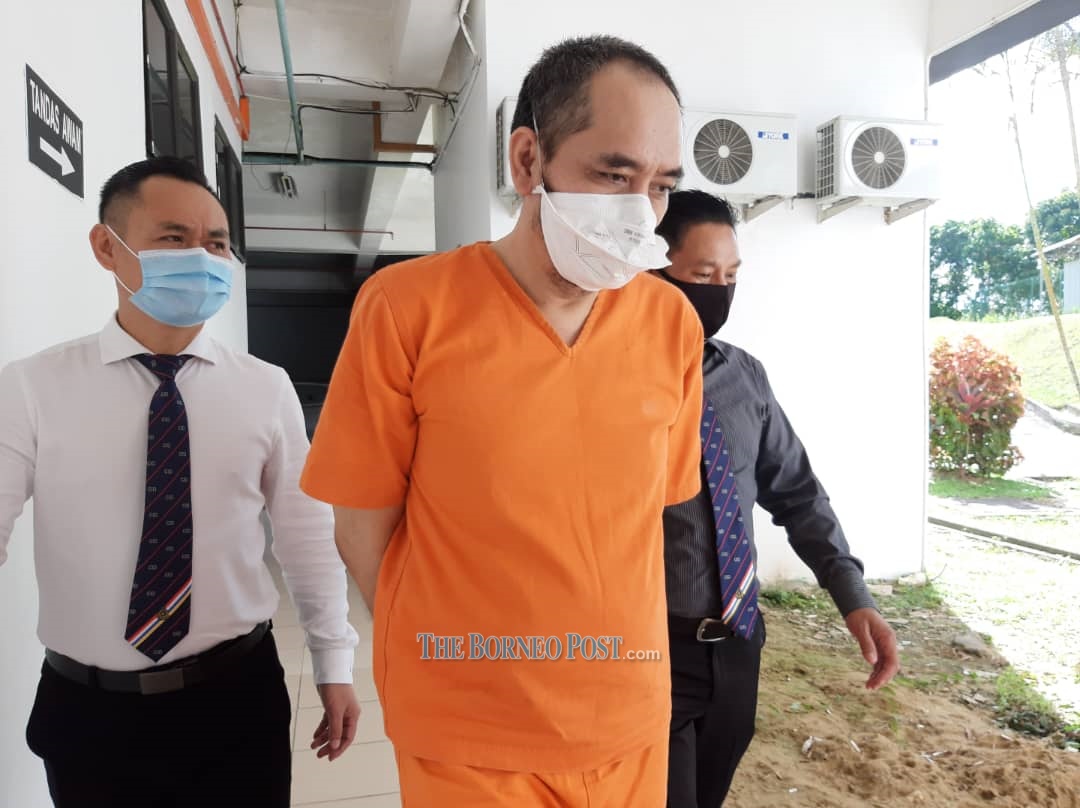 The suspect being escorted to the courtroom.

KUCHING (Aug 21): The Magistrate Court here today extended the remand order for a man, who is an alleged human organ trafficker, for another five days.

The order was issued by Assistant Registrar of the Kuching Subordinate Court Dora Undau after allowing further remand application submitted by the case investigating officer ASP Nor Elyanis Mohd Yusoff.

The suspect, wearing the orange-coloured lockup shirt, entered the courtroom at about 9.45am and left about 20 minutes later.

Previously the suspect was remanded for seven days beginning Aug 14 until Aug 20.

However, further police investigations were not completed during that period.

As such, the suspect was further remanded and an investigation against him was made in accordance with Section 15 of the Anti-Trafficking in Persons and Anti-Smuggling of Migrants Act 2007.

It was previously reported that the suspect surrendered himself at the Kuching District police headquarters at 1.45pm.

The suspect was hunted by the police following an exposé of his alleged human organ trafficking activity by United Kingdom-based news portal The Sun.

In The Sun’s report on August 8, the man revealed his activities to their undercover reporters.

He allegedly claimed to be able to arrange illegal organ transplants for British citizens at a cost of GBP Pound 85,000 (RM465,000).